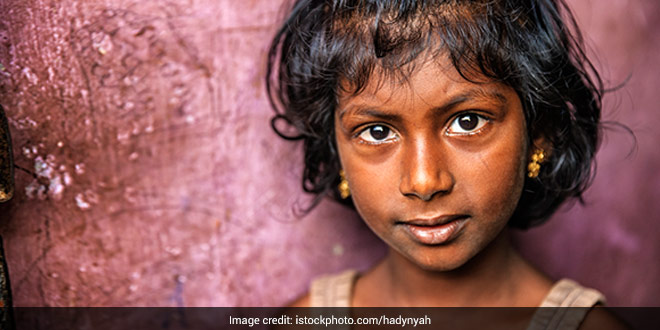 New Delhi: On December 12, marking the Universal Health Coverage Day, the Ministry of Health and Family Welfare, released the National Family Health Survey, 2019-20 (NFHS-5) phase 1 report covering 22 states and union territories. Kerala, the most literate state of India, was also assessed under phase 1 of NFHS-5 and the findings have given a mixed result to the state. The data indicates that the state has low infant and child mortality rate, improved child feeding practices but the progress made under eradicating malnutrition seems to be reversing the trend. Similarly, more children are anaemic in the state currently and less proportion of children are receiving full vaccination. The NFHS-5 data is based on the fieldwork conducted from July 20, 2019 to December 2, 2019 by Society for Promotion of Youth and Masses (SPYM). Information was gathered from a sample of 12,330 households out of which 10,969 women, and 1,473 men.

Here are some of the major health indicators that show the state’s performance – achievements and where it needs to work: 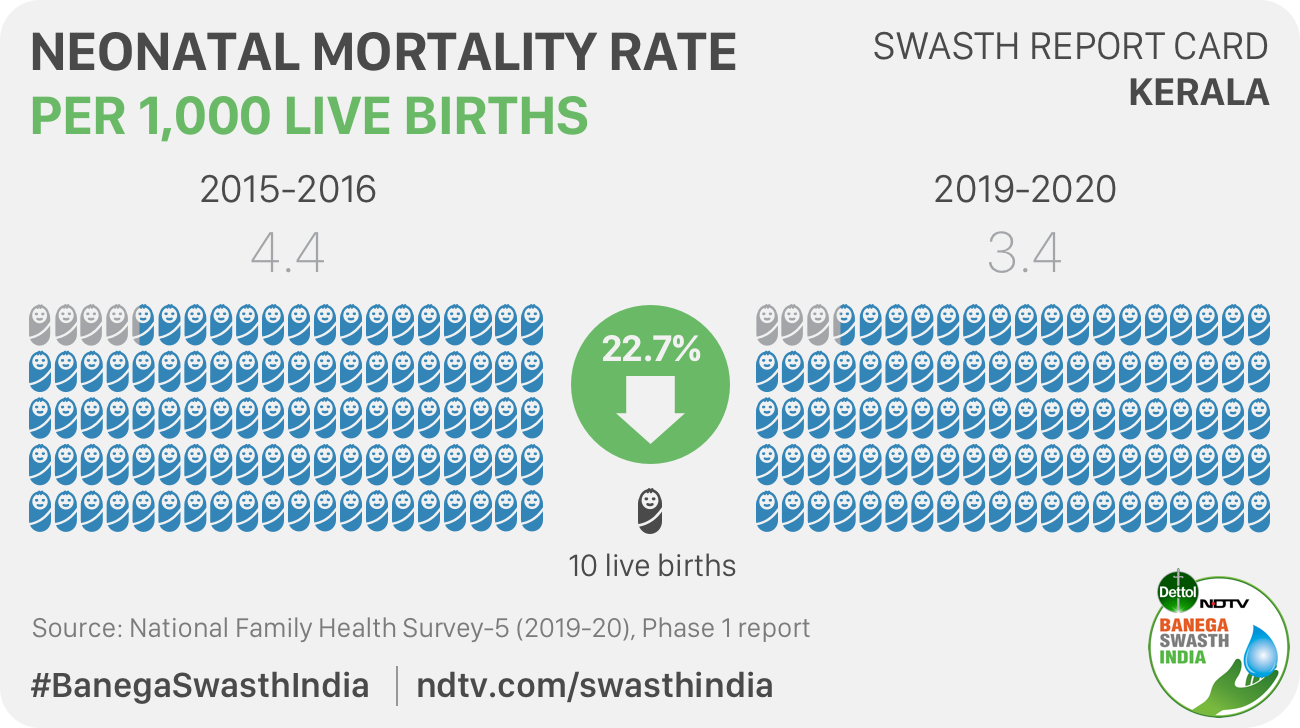 The neonatal mortality rate has declined in Kerala 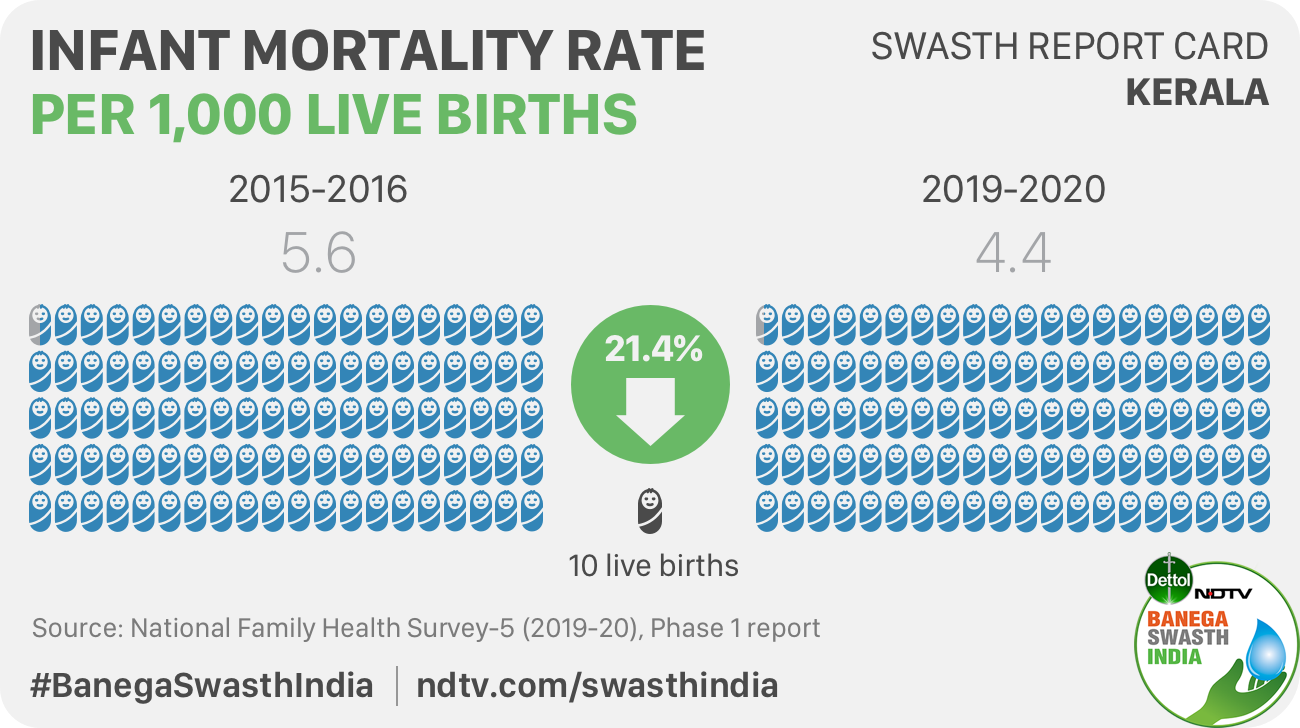 Under-Five Mortality Rate: Under-five mortality rate (U5MR), is an indicator of death among children before completing the age of five and is a critical indicator of child survival. According to the NFHS-5 data, the state’s U5MR is 5.2 (per 1000 live births), down from 7.1 in 2015-16. 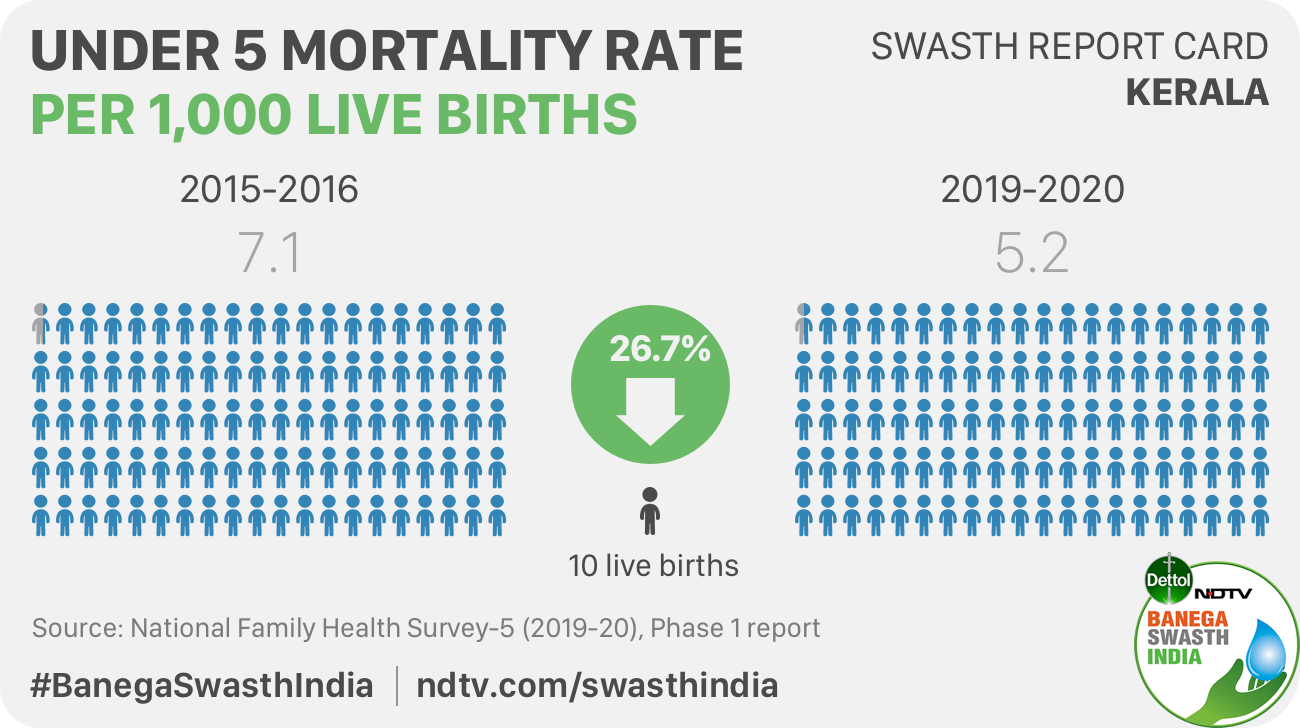 The under-five mortality rate has decline in Kerala

According to the survey, there has been a decline in full vaccination coverage among children aged 12-23 months, among those surveyed in Kerala. It has dropped from 82.1 per cent in NFHS-4 to 77.8 per cent in NFHS-5. 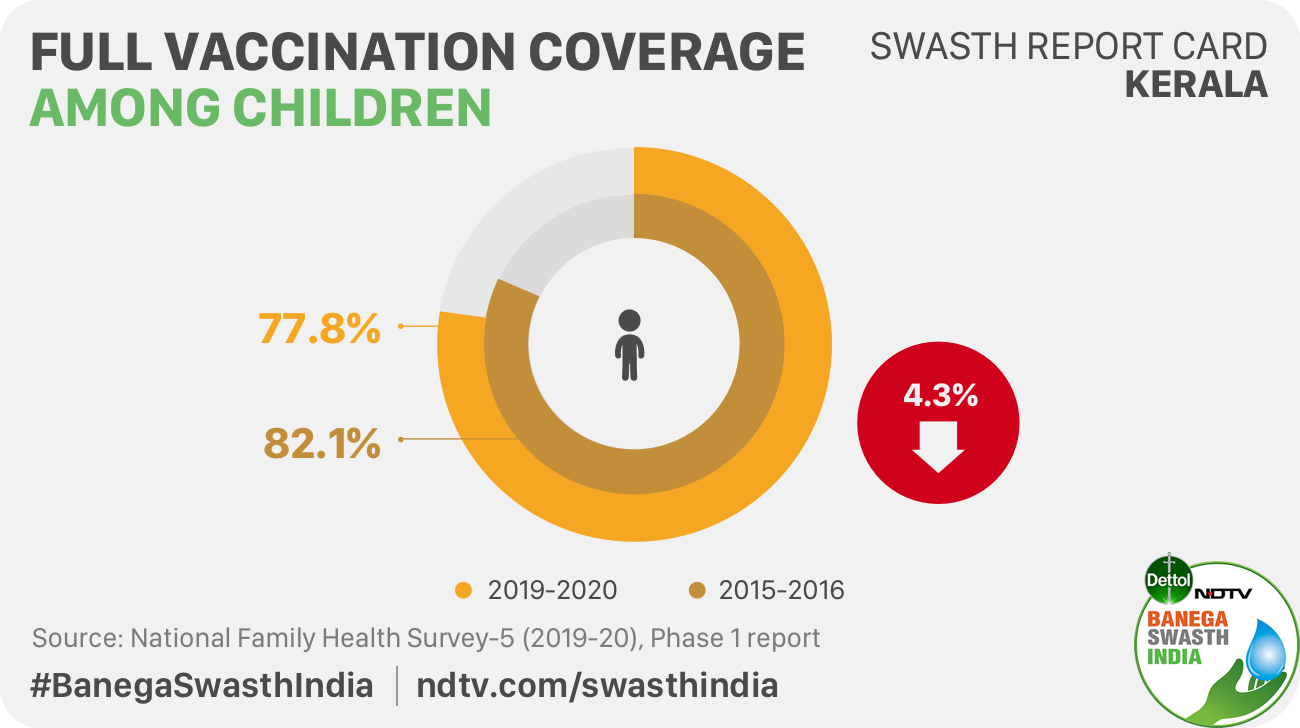 There has been a decline in full vaccination coverage among children aged 12-23 months in Kerala: NFHS-5

According to the Ministry of Health and Family Welfare, full immunisation implies vaccinating children with BCG (Bacille Calmette-Guerin) which is a vaccine for tuberculosis (TB), vaccines to prevent measles – MMR (measles, mumps, and rubella) and three doses each of polio (excluding polio vaccine given at birth) and DPT (diphtheria, pertussis, and tetanus).

According to an official from the National Health Mission, Government of Kerala, the state was among the top-performing states in terms of child vaccination in the previous NFHS findings (2015-16) but the two major floods in consequent years are major factors which affected all outreach immunisation activities.

Infant And Child Feeding Practices Improved Over The Past Five Years

According to NFHS-5, infant and child feeding practices have improved when compared to the data recorded under the NFHS-4. Among the children surveyed, about 66.7 per cent of the children under three years of age were breastfed within one hour of the birth in 2019-20 which was only 64.3 per cent in 2015-16. Similarly, the proportion of children (age 0-6 months) being exclusively breastfed in 2019-20 has increased to 55.5 per cent as compared to 53.3 per cent in 2015-16. 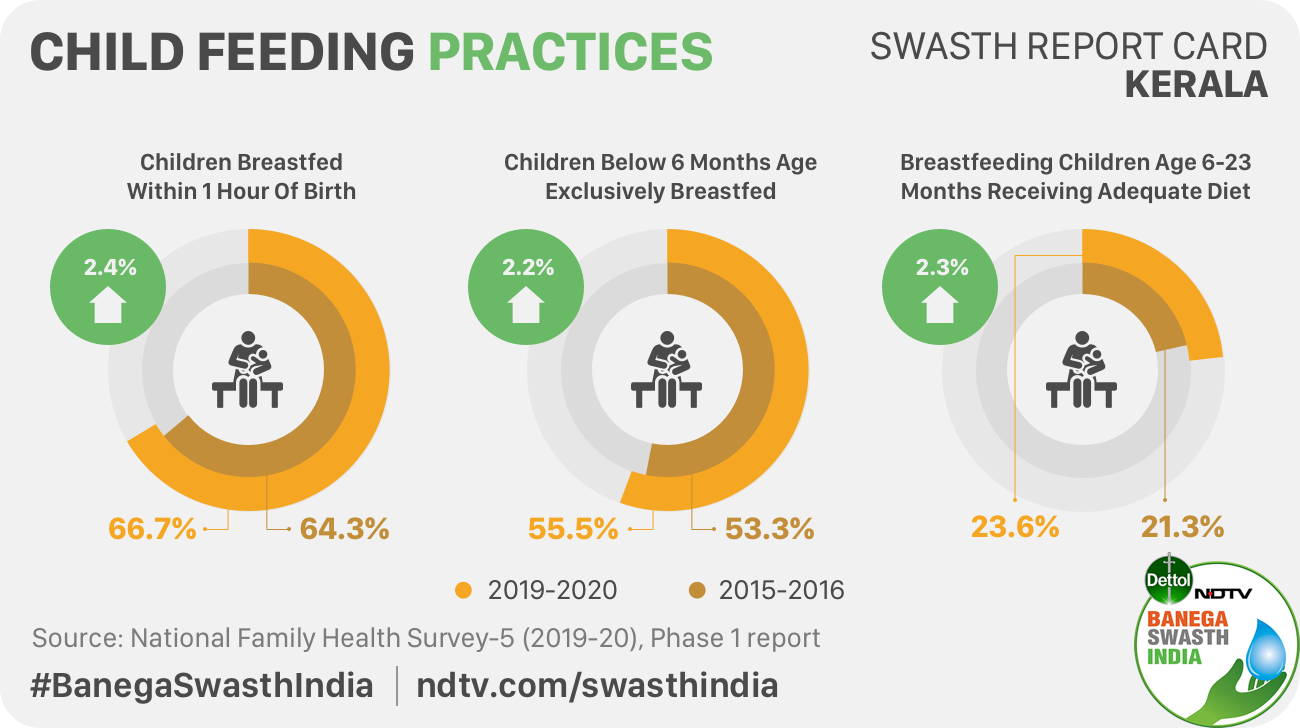 More children are breastfed within one hour of birth and exclusively breastfed upto six months of birth in Kerala, reveals NFHS-5

The percentage of breastfeeding children age 6-23 months receiving an adequate diet has also recorded a slight improvement from 21.3 per cent (NFHS-4) to 23.6 per cent (NFHS-5).

Malnutrition, Still A Challenge For Kerala

Malnutrition is an umbrella term for conditions like stunting (low height for age), wasting (low weight for height), underweight (low weight for age), and overweight. Child malnutrition levels in Kerala have deteriorated when compared with NFHS-4 (2015-16) raising concerns over growth and development of state’s children. According to NFHS-5, the prevalence of stunting has increased from 19.7 per cent in 2015-16 to 23.4 per cent now. Similarly, during the same period, the percentage of underweight children in the state went up from 16.1 per cent to 19.7 per cent. While child wasting saw a minor increase of 0.1 per cent, overweight children increased by 0.6 per cent. 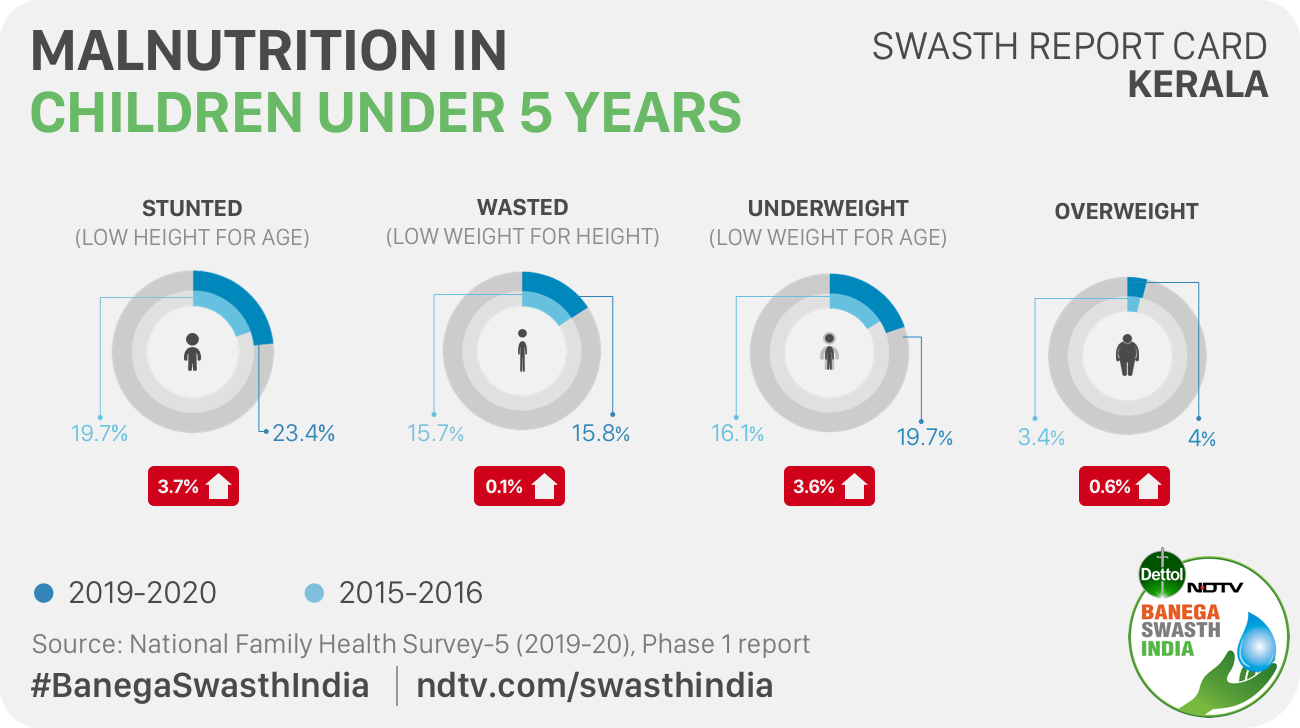 Increase in stunting and anaemia among children under-five years are an index of trans-generational transmission of undernutrition that perpetuates through the life course. The state should focus on life course approach to prevent under nutrition in children, adolescence and adulthood. It is time Kerala takes the lead in resolving this on priority.

NDTV also spoke to Dr Dhanya Sooraj, Nutrition Consultant, Department of Women and Child Development, Government of Kerala, to understand the increase in the prevalence of malnutrition among children. She said that floods and virus attacks like Nipah epidemic in the past few years have caused a lot of damage to the food supply system in the rural areas of the state. Many people were further pushed into poverty, Anganwadi Centres were washed away during the flood and many others had to face disruptions during Nipah attacks which made access to nutritious food a challenge, she said.

Further talking about the steps being taken to address the issue at hand, Dr Sooraj said,

We had some idea about this situation already much before the findings were released and because of this, the state had already started running various kinds of programmes focusing on nutrition of which the latest being the ‘lactation cookies’ scheme under which all lactating mothers are being given cookies made from superfoods everyday free-of-cost. We have also started a baseline study to understand the where the problems have occurred and identify the gaps.

Anaemia Among Children And Adults Increase

Anaemia, a decrease in the total amount of red blood cells (RBCs) or haemoglobin in the blood, lowers the ability of the blood to carry oxygen is on a rise in Kerala, states NFHS-5. Children (6-59 months) with Haemoglobin (Hb) levels less than 11.0 gm/dl are considered anaemic. As per NFHS-5, in Kerala, 39.4 per cent children are anaemic as opposed to 35.7 per cent as reported in NFHS-4. 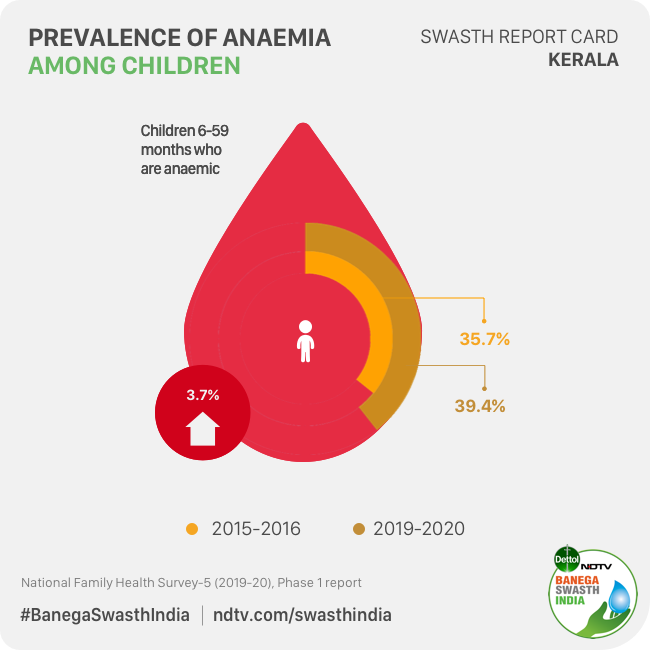 More children under 5 years of age are anaemic in Kerala

The survey shows that women in the age group 15-49 years are also widely affected by anaemia. 36.3 per cent of the women in the state are anaemic, this is an increase of 2 per cent from NFHS-4 conducted in 2015-16, when anaemia prevalence was 34.3 per cent among women in this age group. 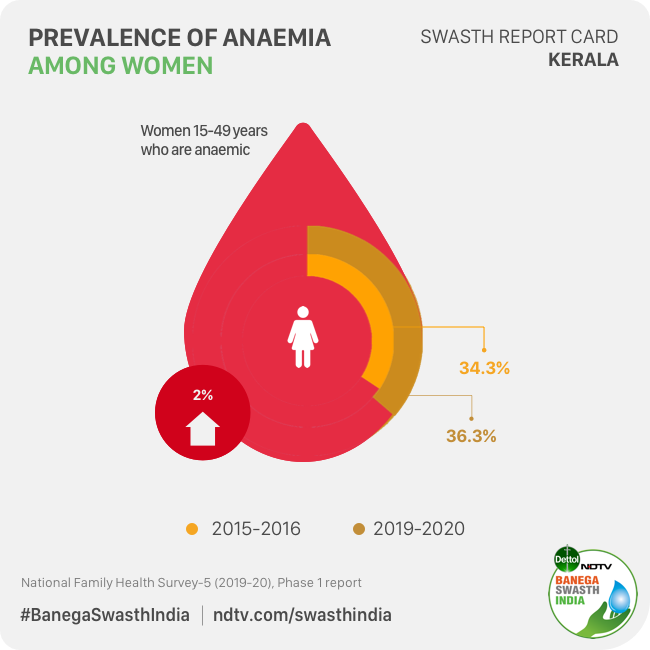 As per NFHS-5, the prevalence of anaemia has increased among women in Kerala

A rise of 6 per cent in the prevalence of anaemia among men (15-49 years) has also been reported in the state. As per NFHS-5 data, 17.8 per cent of men interviewed in the survey were anaemic as compared to 11.8 per cent recorded by NFHS-4. 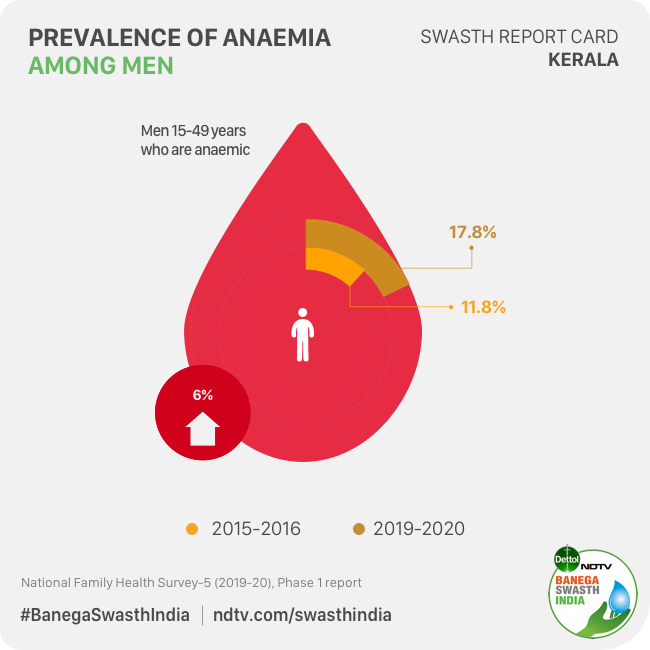 The prevalence of anaemia has increased among men in Kerala

More Women In Kerala Are Adopting Hygienic Method During Menstruation 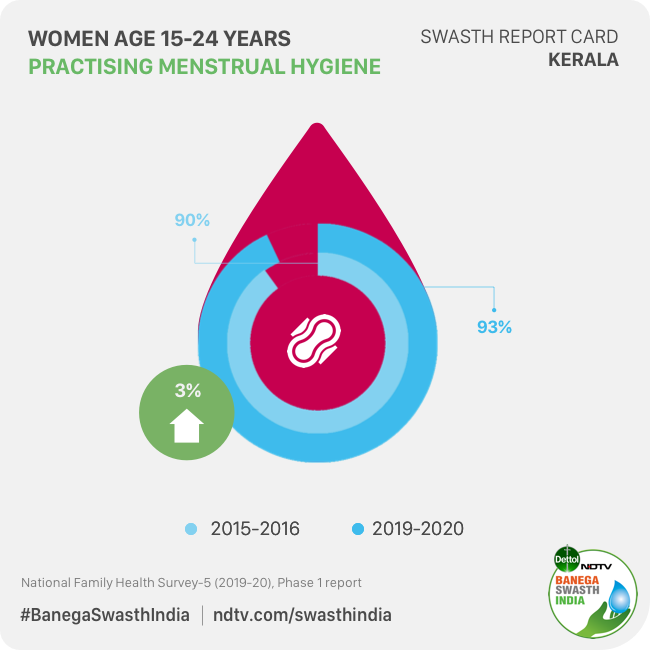 According to the findings of NFHS-5, more women in Kerala are adopting hygienic method during menstruation

According to NFHS-5, about 94.9 per cent of the sample population has access to improved drinking water sources in Kerala which is almost same as in NFHS-4 (94.8 per cent). The improved sources of drinking water include piped water in the residence or piped to neighbour, public taps, tube-wells, dug-wells, rainwater tanks, community RO plants among others. 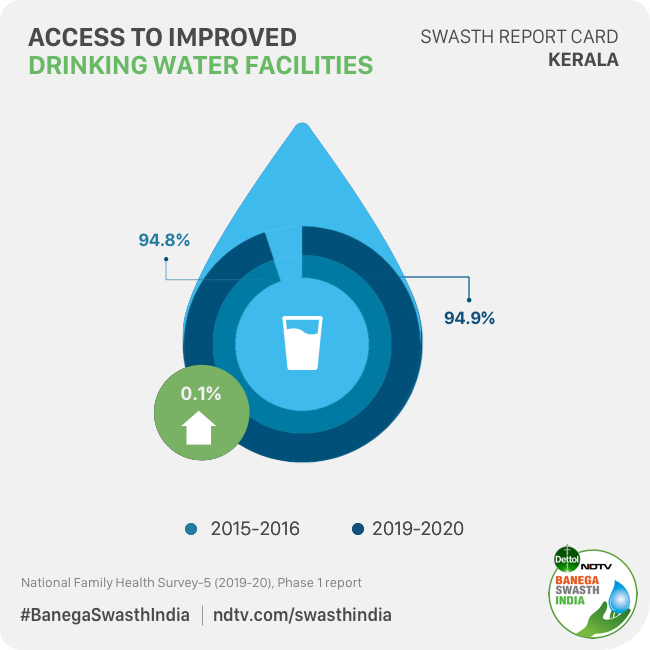 Access to improved drinking water sources in Kerala has improved by 0.1 per cent: NFHS-5

Similarly, 98.7 per cent of the population surveyed has access to an improved sanitation facility, reveals NFHS-5. This is an increase of 0.5 per cent when compared to the data from NFHS-4. 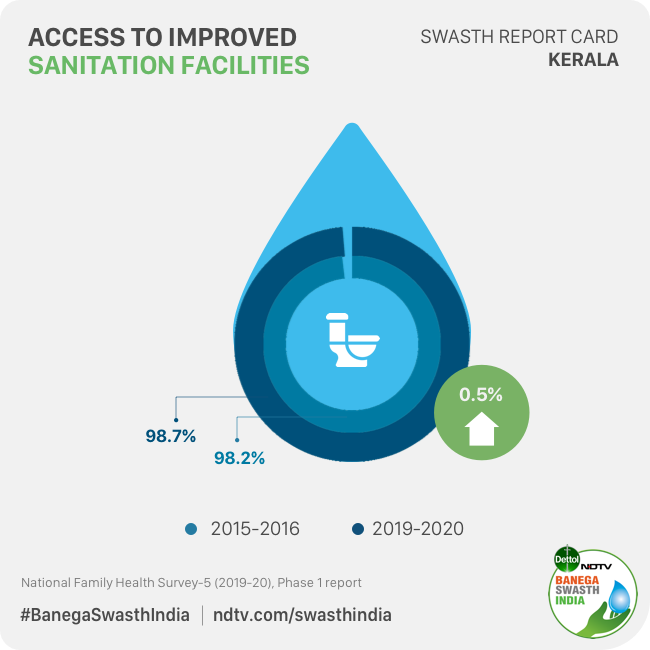 Access to an improved sanitation facility has increased by 0.5 per cent in Kerala: NFHS-5