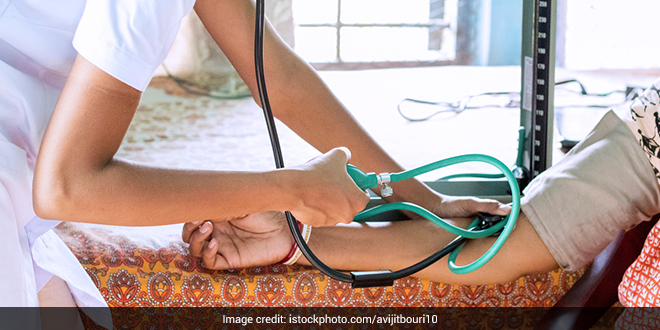 New Delhi: The Economic Survey 2020-21 which was tabled in the Parliament on Friday (January 29) has highlighted the need for increased investment in the public healthcare system. While presenting the key findings of the survey, Chief Economic Adviser Krishnamurthy Venkata Subramanian said that COVID-19 pandemic has shown how a healthcare crisis can become an economic and social crisis. He said that public spending on healthcare sector needs to be increased from the current 1.2 per cent of the GDP (Gross Domestic Product) to 2.5-3 per cent. The Economic Survey says that public health infrastructure needs to be strengthened and made agile to be able to respond to emergency health crisis like pandemics.

According to the survey, the country has made significant progress in improving its health outcomes over the last two decades by eliminating Polio, Guinea worm disease, and maternal and neonatal Tetanus. The Economic Survey also noted the benefits of the Swachh Bharat Mission, as it led to a decrease in diseases like Diarrhoea and malaria cases in children below five years, stillbirths and newborns with weight less than 2.5 kilograms. The Survey also said that the use of Pradhan Mantri Jan Arogya Yojana (PM-JAY) has increased for covering high-frequency care like dialysis. PM-JAY also known as Ayushman Bharat Yojana is a government health insurance scheme that provides Rs. 5 lakh of medical cover per year to over 10 crore poor families. The survey finds that because of improvement in the insurance coverage, there has been an improvement in Infant and Child Mortality Rate and maternal and child health.

However, the survey noted that the country still lacks in terms of quality healthcare and has recommended establishing regulating agencies that can help mitigate information gap and assess the quality of healthcare providers.

16 Lakh People Died In India In 2018 Due To Poor Quality Of Healthcare: Economic Survey

The survey noted that while the share of public institutions has increased both in hospital and outpatient cares, the private sector dominates in total healthcare provision in the country. About 74 per cent of outpatient (a patient who receives treatment without being hosptalised) care and 65 per cent of hospitalization care is provided through the private sector in urban areas across the county, it said. The unregulated private enterprise can create significant negative effects it said and called for regulating these to ensure better healthcare.

Also Read: One In Three Adults Anxious, Depressed Due To COVID-19, States A Latest Study

India Has One Of The Highest Levels Of Out-Of-Pocket Health Expenses In The World: Survey

The survey says that India has one of the highest levels of out-of-pocket health expenses in the world contributing directly to the high incidence of expenditures and poverty. While presenting the findings, Mr. Subramanian said,

The survey pointed out that unregulated private healthcare system also results in variation in costs for treating the same disease between public and private sector. For example, the treatment of cancer in private hospitals is almost 3.7 times of the cost of the same treatment in a public hospital. Similarly, the cost of treatment for respiratory illness at a private hospital is almost 5.2 times of the public hospital, it said.

Saving Lives And Livelihood Amidst The Pandemic

In its chapter titled ‘Saving Lives and Livelihoods Amidst a Once-in-a-Century Crisis’, the Economic Survey says that the country has benefitted from the preventive measures adopted at the onset of the COVID-19 pandemic in terms of saving lives of people even though there have been some economic challenges. It said,

The ‘price’ paid for temporary economic restrictions in the form of temporary decline is dwarfed by the ‘value’ placed on human life.

It added that the stringent lockdown at the start of the pandemic enabled flattening of the pandemic curve and provided the necessary time to ramp up the health and testing infrastructure.

The survey has estimated that the restrictions imposed to break the chain of transmission has controlled the COVID-19 spread by 37 lakh cases and saved more than 1 lakh lives. The document says that Uttar Pradesh, Gujarat and Bihar have contained the spread the best while Kerala, Telangana and Andhra Pradesh have saved the most lives. Maharashtra has under-performed the most in restricting the spread of cases and in saving lives, said the survey.

Related Topics:
Budget 2021 Health
Up Next

Explainer: Why It’s Hard To Make Vaccines And Boost Supplies