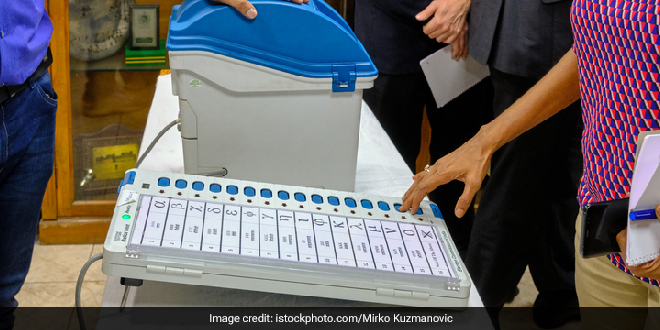 Ranchi: Eco-friendly measures have been adopted for by-poll to Mandar assembly constituency in Ranchi, with the state election office imposing a ban on single-use plastic in the segment for as long as the model code of conduct was in place, officials said on Monday (June 6). Chief Electoral Officer (CEO) K Ravi Kumar stated that all poll officials have been asked to refrain from using plastic bags, cups and glasses in the constituency.

In a statement to news agency PTI Mr. Kumar said,

We have decided to conduct the Mandar by-poll in an eco-friendly manner. Single-use plastic has been prohibited completely in the constituency. All election-related materials will have to be plastic free. Besides, use of eco-friendly materials was being encouraged.

Notably, single-use plastic was banned by the Jharkhand government way back in 2017, but gaps in the implementation of the law are visible in almost all parts of the state.

In 2019, the erstwhile BJP government had carried out an extensive drive to generate awareness about the ills of plastic use on the environment. More than 35 tonnes of plastic was collected and destroyed across the 24 districts of Jharkhand as part of the drive.

By-poll to the seat is scheduled to be held on June 23. Votes will be counted on June 26.

The election was necessitated after the disqualification of Bandhu Tirkey as an MLA in the wake of his court conviction in a corruption case.

The Congress has fielded his daughter, Shilpa Neha Tirkey, as the joint candidate of the ruling JMM-led alliance, while the BJP has nominated former legislator Gangotri Kujur from the seat.

We have decided to go green this by-election. The party flags will be made of paper or cloth. Plastic-made flags will not be allowed. Workers have been asked to use bags made of jute.

The BJP, too, said that it supported the initiative. Further BJP spokesperson Pradeep Sinha said,

Political parties play a big role to play in influencing people. We will use environment friendly materials at our campaigns.

Explained: What Is Pride Month And Why It Is Celebrated In June