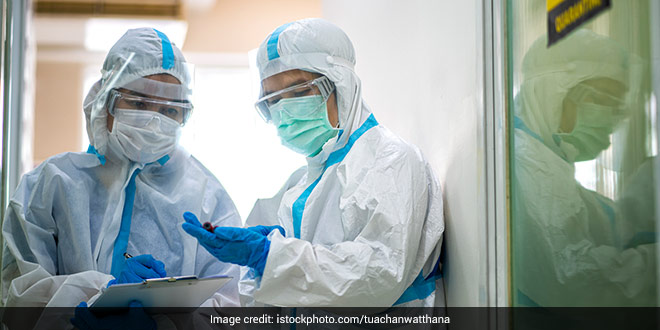 There should also be a provision for taking care of the mental health of doctors, the Indian Medical Association (IMA) said

New Delhi: The Indian Medical Association on Wednesday (January 5) requested the Centre and states to ensure that Covid duty of resident doctors do not exceed eight hours a day and after a week there should be a quarantine 10 to 14 day quarantine period in accommodation prescribed by the hospital. In the event of a Covid duty doctor falling ill, they should be hospitalised at the earliest. In a statement, the doctors’ body said in case of untimely death, the status of Covid martyr and compensation as well as case-wise assistance should be arranged.

There should also be a provision for taking care of the mental health of doctors, the Indian Medical Association (IMA) said.

Around 2,000 doctors died during the second wave of Covid. The mortality rate in the country was around 1.5 per cent among the general population and around 2 to 3 per cent among healthcare workers. According to this estimate, Covid occurred in about 1,00,000 doctors, the IMA said.

It said mortality during the third COVID-19 wave is expected to be low but the Omicron variant is 5.4 times more infectious than the Delta variant and due to the high exposure of healthcare to Covid patients, infections among doctors are expected to be five to 10 times more than the public.

In many big medical colleges and hospitals of the country a large number of medical staff, especially doctors, are Covid positive, the IMA said.

Covid duty of resident doctors should not exceed eight hours per day and after seven days there should be a quarantine of 10 to 14 days in accommodation prescribed by the hospital, it stated.

“The health infrastructure can crumble due to the shortage of doctors. In such a situation, the IMA wants to suggest to the state and the Central governments associated with the medical college, so that the safety of doctors from infection can be ensured to a great extent,” the doctors’ body stated.

Also Read: Third COVID-19 Wave In India: Where Do We Stand And What’s The Road Ahead?

Do Not Give Painkillers To Teens After Covaxin Shot, Says Vaccine-Maker

Third COVID-19 Wave In India: Where Do We Stand And What’s The Road Ahead?