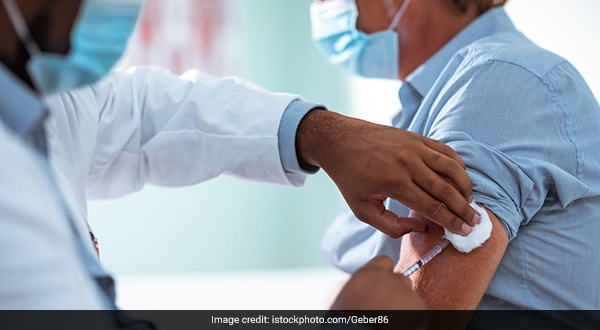 New Delhi: Union Health Minister Dr Mansukh Mandaviya on Thursday (November 11) said all the state and union territories should work together in a collaborative spirit to give COVID-19 pandemic the last mile effort, informed sources. The Union Minister said this during the meeting with state and union territories health ministers on the ‘Har Ghar Dastak’ COVID19 vaccination campaign. “In the national interest, all states and UTs must work together in a collaborative spirit to give this in the last-mile effort. So that no household, no citizen is left unvaccinated in the country,” said Mr Mandaviya.

Also Read: Zydus Cadila To Supply One Crore Doses Of Its COVID-19 Vaccine To Government At Rs. 265/Dose

He also said that the CoWIN can be used to prepare district-specific action plans.

We should not think that COVID is over. Cases are rising globally, ‘Har Ghar Dastak’ campaign being monitored daily. CoWIN can be used to prepare district-specific action plans. CoWIN portal to focus on expiry of vaccines, he said during the meeting.

He further said that in countries like Singapore, Britain, Russia, China cases are rising despite more than 80 per cent vaccination. He also upgraded states to ensure all eligible population gets the first dose and more than 12 crore are also covered for the second dose during the Har Ghar Dastak campaign should also be covered. Most of the state and union territories health ministers and senior representatives were present in the meeting with Union Health Minister.

With ‘Har Ghar Dastak’ campaign, the Centre is targeting to complete maximum single dose and second dose adult COVID-19 vaccination. It was launched on November 2 on the occasion of Dhanwantari Diwas.

The health ministry today informed that 110.23 crore vaccine doses have been administered so far under the nationwide vaccination drive. The Centre has provided 1,20,08,58,170 vaccine doses to states and union territories so far, through free of cost channel, and through the direct state procurement category, said the Ministry of Health and Family Welfare on Thursday. According to an official release, 16,74,03,871 balance and unutilized COVID-19 vaccine doses are still available with the states and union territories to be administered.