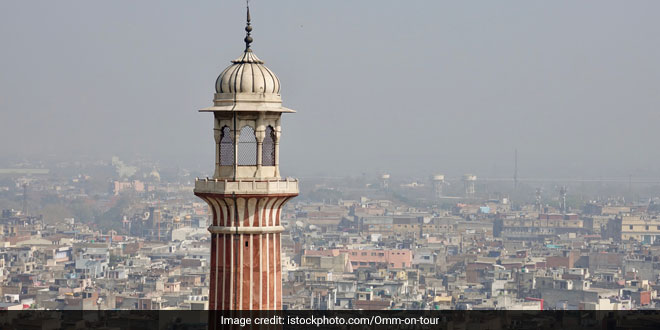 Mumbai: ‘If you light an incense stick as part of your puja rituals, stop right now’ – this is one of the several directives issued by government-run System of Air Quality Forecasting And Research (SAFAR) as Delhi’s air quality turned ‘severe’ (October 30) with less than a week to go for Diwali. As the festival of lights, crackers, gifts and sweets is just around the corner, many cities in India, especially in the north, are grappling with increasing levels of air pollution. Spike in pollution around winters is not new in India, however, with each passing year the problem of polluted air is intensifying, choking people, worrying health experts and forcing government agencies to look for stop gap solutions.

From vehicle emissions, construction activities to stubble burning in northern states, several reasons contribute to the thick black smog that engulfs many regions in the country. Worsening the situation further is bursting of the firecrackers during Diwali. Though the firecrackers are only a drop in the ocean compared to other causes of air pollution, the days leading up to Diwali and the day after that are one of the most toxic days of the year for many cities when it comes to air pollution. The concentration of particulate matter 2.5, one of the most harmful particles (thinner than a strand of hair) can trigger asthma, heart attack, bronchitis and other respiratory problems by entering the bloodstream.

Many Indian cities including Bengaluru, Mumbai, Kolkata, Delhi were breathing toxic air during and after Diwali in 2017 and this year too the situation hasn’t changed much, with the national capital all set to impose emergency measures like banning conventional firecrackers following Supreme Court order, stopping all construction activities, shutting down of industries that run on coal and biomass between November 1 and November 10

Here’s a look at how India’s cities are faring in terms of air pollution ahead of Diwali this year:

On October 30, people in Delhi woke up to severe pollution as stubble burning in neighbouring states intensified. The air quality in Delhi was recorded at 401, entering the severe level according to the data of the Central Pollution Control Board (CPCB). 17 areas of the national capital recorded severe air quality, the data said. As per the latest figures the Air Quality Index or AQI stands at 395. This is way over the healthy limits prescribed by AQI World Health Organisation (WHO) which is between 0 and 50.

India Meteorological Department (IMD) has estimated that the pollution levels in Delhi and northern India are likely to spike in the coming days due to western disturbance that currently lies over Iran. It will move towards Pakistan and eventually reach North India in the first week of November. The weather condition might bring the dust from Pakistan and the Thar desert to the north Indian plains. It has also warned that if the wind speeds in the region remain low, the dust will settle down over the city and its surrounding areas like a blanket making the pollution even more severe.

Fluctuating between 105 and 140, the AQI in Mumbai is in the ‘moderate’ category which is better than the Delhi’s condition. However, when the air quality drops to the moderate category it could cause breathing discomfort to the people with lungs, asthma and heart diseases, according to SAFAR. So far none of the areas in the city have touched the severe category.

While areas like Bhandup, Borivali and Worli have AQI between 101-200, areas including Andheri, Bandra Kurla Complex and Mazagaon have AQI between 201-300. According to the forecasts by SAFAR, the quality of air in Mumbai is expected to improve slightly in the coming three days.

Last week, Kolkata had ‘poor’ air quality on five of the seven days. On October 25, the air quality in the city turned more toxic than the country’s most-polluted city Delhi. The AQI of the city turned 245, more than national capital’s 240. This can be attributed to the sudden rise in vehicles plying the city streets during Durga Puja and bursting of firecrackers during the immersion process of Durga idol. As per the latest figures of West Bengal State Pollution Control Board, the AQI has moved from the ‘poor’ to the ‘satisfactory’ category.

To maintain this, the Kolkata City Police will undertake awareness campaigns at the points of sale of crackers to remind the citizens about the Supreme Court’s order to burst crackers only for two hours between 8-10 pm during Diwali and on Kali Puja. Along with decibel measuring machines, the city police will patrol high-rises and localities where bursting of crackers is high.

Compared to other metropolitan cities, the air quality in Hyderabad has improved since monsoon this year according to the Telangana State Pollution Control Board (TSPCB). However, officials from the TSPCB have warned that the air quality might deteriorate with the onset of winter. In January this year the AQI in the city went up till 229 (poor category) and throughout September the AQI was in the ‘good’ or ‘satisfactory’ category. The dip in air quality was recorded post mid-October and at present it has slipped back to the ‘poor’ category at 110.

When there is minimum temperature in the mornings, the air quality deteriorates as it leaves pollutants trapped to the surface leading to smog cover. We will monitor the air quality before and after Diwali through six real time and 20 manual AQI monitoring stations to check the increase in levels of pollution, said an official from TSPCB.

As per the figures available on Karnataka State Pollution Control Board’s (KSPCB) online portal, the air quality in most parts fell under the ‘good’ or ‘satisfactory’ category after remaining in the ‘moderate’ category for two days.

Last year despite the rainfall and imposition of 28 per cent Goods and Services Tax (GST) on firecrackers, the air pollution in the city rose by 46 per cent as per KSPCB during October 2017. The data collected from 13 AQI monitoring stations a day after Diwali last year, showed that in areas like city railway station, Hebbal, Kavika Mysuru road the air quality worsened by 67 per cent.

In the ‘moderate’ category, the air quality in Ahmedabad has crossed the safety limit throughout October as per the Gujarat Pollution Control Board (GPCB). Of the total 31 days, the air quality of nearly 24 days has been oscillating between ‘poor’ and ‘moderate’ category. AQI of 188 has been the latest figure and it is estimated to remain in this category as per SAFAR for the next three days.

The Gujarat City Police will take stringent measures on Diwali to prevent the rise of air pollution and may even put citizens behind the bars if found violating the Supreme Court’s guideline on firecracker.

The issue of air pollution is not confined to the northern parts of India, even cities like Mumbai and Ahmedabad are a victim of toxic particles released due to bursting of crackers. The air quality index (AQI) in the city slipped to poor category post the Diwali celebrations last year. To avoid a similar turmoil, we want to effectively implement Supreme Court’s decision of bursting crackers only between 8 pm to 10 pm, said I.G. Patel, Additional Police Commissioner (ACP).

To ensure a pollution-free Diwali this year, the Supreme Court recently imposed a conditional ban on firecrackers. As per the ban, all the states except in southern part, will have to ensure that citizens burst cracker only for two hours (8PM-10PM). The Apex Court said that citizens in Delhi-NCR area can burst only eco-friendly crackers, the ones with low emissions and decibel levels. However, other states can use the already produced stock of conventional firecrackers during the two hour time frame defined by Supreme Court for fireworks this Diwali. For now, the Supreme Court has allowed Tamil Nadu, Puducherry and other southern states to burst firecrackers from 4 am to 5 am and 9 pm to 10 pm, since in these states traditionally Diwali is celebrated in the morning hours.