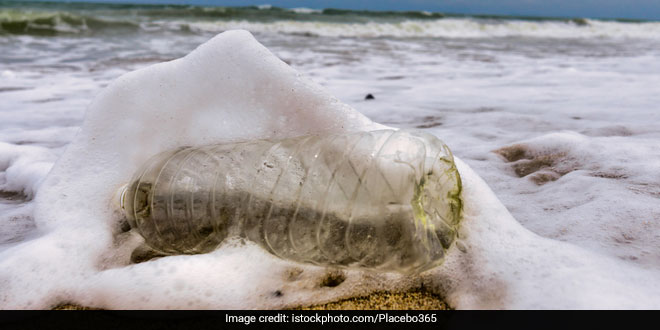 New Delhi: “If we don’t change the way we produce and use plastics, there will be more plastics than fish in our oceans by 2050. Today we have taken an important step to reduce littering and plastic pollution in our oceans and seas,” said the First Vice-President of the European Commission, Frans Timmermans, as he announced the European Union’s move to ban ten most used single-use plastic by 2021.

Together we can beat plastic pollution!
We welcome the adoption by @Europarl_EN of new rules on single–use plastics to reduce marine litter.
Europe is setting a new and ambitious #PlasticsStrategy, paving the way for the rest of the world. ♻
Learn more → https://t.co/MFhmR1LQ9T pic.twitter.com/m7cNX3ZWbU

The ban, part of the comprehensive ‘Single-Use Plastics Directive’, is aimed at reducing ocean pollution, which consists of about 80 per cent plastic as per United Nations Environment Programme. The banned products include cotton bud sticks, cutlery, plates, straws, stirrers, sticks for balloons, as well as cups, food and beverage containers made of single-use plastic, for which eco-friendly alternatives exist.

The Single-Use Plastics Directive also includes schemes to cover the cost to clean-up litter, applied to products such as tobacco filters and fishing gear.

Shifting the responsibility of plastic waste management on manufacturers, the EU directive mentions that tobacco companies and producers of fishing gear should have to cover the costs of waste collection for those products, including transport, treatment and litter collection. The directive further states that by 2025, plastic bottles should be made of 25 per cent recycled content, and by 2029, 90 per cent of them should be recycled.

Additionally, the EU is tackling the menace of wet wipes that clog sewers in the form of ‘fatbergs’. A fatberg is a congealed mass in a sewer system formed by the combination of non-biodegradable solid matter.

As per the directive, wet wipes, sanitary towels, tobacco filters, and cups will be labelled if they are made with plastic and their packaging will warn consumers of the environmental damage that would be caused by disposing of these items incorrectly.

Once implemented, the new rules will not only prevent plastic pollution, but also make the European Union the world leader in a more sustainable plastic policy and yield environment as well as economic benefits.

In 2015, the European Commission adopted regulations that required member states to either start charging for single-use plastic bags or ban them altogether. The proposed directive follows a similar approach to the successful 2015 Plastic Bags Directive, which brought about a rapid shift in consumer behavior, reads a statement issued by the EU.

As per the UN, Europeans generate 25 million tonnes of plastic waste every year but less than 30 per cent is collected for recycling. 80 per cent of marine litter comprising plastic, instances of plastic residue found in marine species – such as fish, sea turtles, seals, whales and birds and therefore in the human food chain has increased by 40 per cent in the last decade, according to the EU. Nearly 700 marine species in world oceans are threatened by plastic. In such a grave scenario, a move to reduce plastic usage and curtail indiscriminate dumping of plastic waste flow is the need of the hour.

Action Plan For 37 ‘Eco-Smart Stations’ Will Be Implemented In 3 Months: Railways To National Green Tribunal