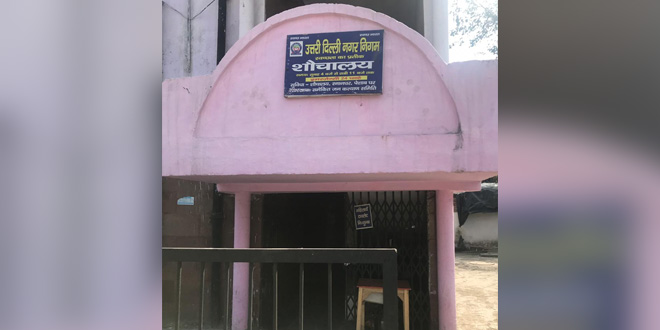 New Delhi: North Delhi – National Delhi’s only non-open defecation free corporation has time and again failed to eradicate the age-old practice of open defecation in their region. Although the corporation declared themselves as Open Defecation Free (ODF) thrice, they failed to get an official stamp from Quality Council of India, all three times. According to the North MCD official, Manoj Verma from Department of Environment Maintenance Services (DEMS), the corporation has in total 812 public toilets and 616 community toilets. He said, “As per Swachh Bharat Abhiyan guidelines, North Delhi Municipal Corporation has the required numbers of toilets to be able to get the ODF status, but time and again the corporation has failed because of ODF instances being found by the Quality Council during an inspection on areas like railway tracks and jungles.”

Behaviour of people to defecate in the open and floating population are few of the major reasons behind our unsuccessful ODF journey. The floating group refers to people who live in nearby areas of North MCD and commute to the city by trains or bus, on a daily basis, for work. Recently during QCI open defecation free inspection; few open defecation instances on the railway tracks were spotted. Now, there are mobile toilets installed in the region, awareness campaigns have also been done, but still, the instances persists.

To avoid regular open defecation free instances, North MCD has taken a few new steps – the corporation has made various committees who are solely responsible for carrying inspections on the neglected or ODF spots. Along with regular inspections, the committees are responsible for also carrying awareness drives about making North MCD an open defecation free corporation of Delhi.

Apart from this, since the corporation saw a drop in its Swachh Survekshan rankings recently – from 206 last year to 282 this year, North MCD passed an order to clean-up all its existing public toilets. Mr Verma added,

Unhygienic conditions of the public services can be the reason of regular ODF instances in the region as well, plus it was one of the prime reasons of our fall in the swachh survekshan this year. We have already outsourced the management of 200 public toilets in the region to the private players, now we will be looking for more. Soon, in our region, the public will get access to upgraded public toilets facilities, making their experience convenient.

North MCD is also working on building 52 more public toilets in their regions and installing more mobile toilets in the places where public or community toilet can’t be constructed.