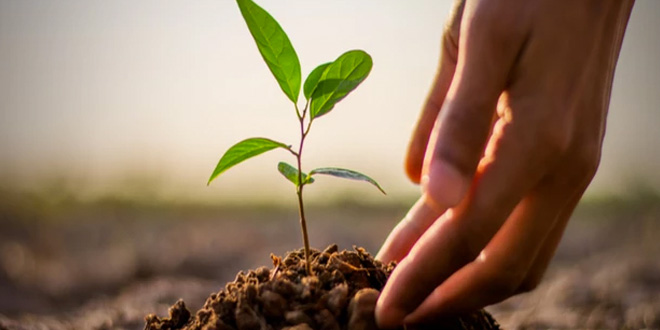 'India will make one billion tonne reduction in total projected carbon emissions by 2030,' said PM Modi at COP 26. Here is what experts have to say about the promises made at the climate summit

New Delhi: Addressing the COP26 global climate summit in Glasgow on Monday (November 1), Prime Minister Narendra Modi shared India’s commitment to mitigate climate change. Among the major commitments made by the Prime Minister were achieving net-zero carbon emissions by 2070, scaling up the goal for renewable energy capacity from the current 450 Gigawatt to 500 Gigawatt by 2030 as promised under the Paris Agreement, meeting 50 per cent of energy requirement of the country through renewables, increasing the emission intensity reduction targets from 33 to 35 per cent of the Gross Domestic Product (GDP) to 45 per cent by 2030 from the 2005 level and making Indian Railways net zero by 2030.

Here’s what experts have to say about India’s announcements at COP26 climate summit:

India’s announcement of an ambitious 2030 target and a net-zero target is a big step for climate collaboration. I congratulate PM Modi for announcing this bold step which will go a long way in greening the Indian economy and solving the climate crisis.

However, Mr Bhushan stressed that the 2070 target made by the PM is based on the technologies that are available at present- for reducing emissions, transitioning towards greener transport, among others. He suggested that this target is likely to be revised as the technology advances and so may change at the next stock-taking of the climate targets under the Paris Agreement which happens after every five years.

Sunita Narain, Director-General of New Delhi-based think tank Centre for Science and Environment (CSE) stressed that India’s national targets, announced by its Prime Minister, are bold and ambitious, but they will be immensely challenging as well to achieve. She said,

Going by our comparatively low contribution to global emissions, coupled with the fact that our economy needs to grow and meet the energy needs of millions of poor citizens, we did not need to make such an ambitious pledge – but these are a challenge to the already rich world to step up – the time for procrastination and prevarication is over.

She further said, India has committed to reducing its carbon dioxide emissions by 1 billion tonnes – roughly 22 per cent from business as usual scenario and this means that per capita emissions in 2030 will be lower than all industrialised countries of the world, including China. It also means that the country has committed to a transformation of its energy system and this when it still has the challenge of reaching affordable energy to millions in the country. She added,

As far as the net-zero 2070 is concerned, India’s target matches the commitment of the already industrialised. The fact is that the world must reach net-zero by 2050, which means that the OECD countries should get there by 2030 and China by 2040. The net zero target is not equitable or ambitious.

While talking about the scaling up of the Renewable Energy goal for 2030 further by 50 Gigawatt, Mr Bhushan said that it may seem ambitious but it is achievable. He said,

He added that the national statement delivered by PM Modi has certainly given a new push to the climate agenda putting pressure on big, rich polluter countries to cut emissions and hand over the money to help developing countries.

According to Sunil Dahiya, Analyst, Centre for Research on Energy and Clean Air (CREA), instead of focusing on the 2070 target that is still 50 years away, there is an urgent need to work towards fulfilling 2030 targets first. He said,

2070 seems less relevant at this point in time, we should rather focus on 2030 targets which we have been discussing nationally for quite some time. India should seriously consider a peak coal year well within this decade given the fact that we are not only facing the climate crisis but we are also facing a domestic ecological and social crisis due to reliance on this dirty fuel. Therefore, accelerated transition away from coal is more advantageous for India than other countries.

N Sunil Kumar, Head of Sustainable Banking India & Head of NatWest India Foundation said that the climate goals announced by the PM are positive and enhanced commitments on renewables. He said,

The commitment to reduce 1 billion tons of greenhouse gases (GHGs) from our current inventory of 3 billion tons is a big one too. However, the commitment to zero carbon by 2070 is likely to invite derision. Carbon neutrality is not a mandate of the Paris Agreement, but the community of nations must note the ticking climate clock as the warming has already breached 1.1 degree Celsius and extreme weather events are menacing lives, livelihoods, and property in every part of the planet. At the current rate of GHG emissions, the world has less than 10 years for breaching 2 degree Celsius. While there is a call to India to quickly phase out coal, India must initiate a dialogue towards a strategy to phase out all hydrocarbons by all nations with plans for transition, transition risk management, and costs and business models.

According to Greenpeace India, Prime Minister Narendra Modi’s announcement to increase renewable energy targets, reducing carbon intensity and net-zero emission by 2070 are in general the right direction of travel. However there are other important considerations, the country needs rigour, good practice and equity in achieving 50 per cent of the total energy requirement of the country from renewable sources by 2030.

India’s climate ambition and new investment in fossil fuel can’t go hand in hand. With substantial technological development in renewable energy, investment in coal is neither good for the planet or the economy. India has an opportunity to play a leadership role in the sector while generating employment, said Greenpeace India.

It added that India should actively strive for an earlier date of zero emissions after reassessing the situation in the coming years. The plan needs to also ensure that the net-zero target is not abused and used for greenwashing tactics and there should be clarity on the date for fossil fuel peak, as per Greenpeace India. It further added that a major concern is the nature of business on ground- Ccearance to new fossil fuel projects and diluting the environmental laws will not help India’s climate objective.

Climate Finance Could Make Or Break The COP26 Summit. Here’s Why