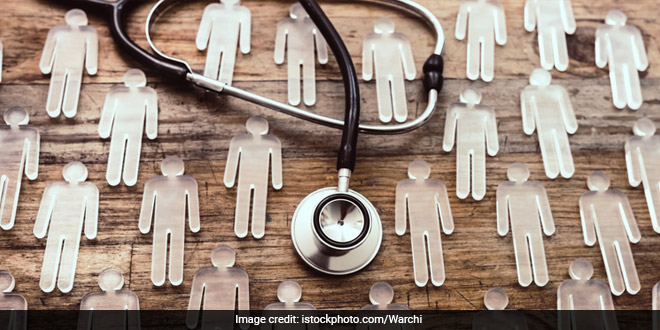 Public and private healthcare spending in India is estimated to be about 3.5 per cent of GDP, one of the lowest in the world

New Delhi: The COVID-19 pandemic has forced India to urgently try and revitalise its health infrastructure, especially after a record rise in infections and deaths exposed years of neglect. Here are some facts and figures on health in India, based on data from the government, the World Bank and research reports.

* Public and private healthcare spending in India is estimated to be about 3.5 per cent of GDP, one of the lowest in the world. The corresponding figure for the United States is about 17 per cent and about 10 per cent for India’s fellow developing country Brazil.

* The federal government’s public health spending ranges from 1 per cent to 1.5 per cent, though Prime Minister Narendra Modi’s administration has vowed to lift it to 2.5 per cent by 2024/25. Health experts want it to go to 3 per cent.

Also Read: After Seven Decades Of Independence, Why Is Health Still Not A Fundamental Right In India?

* More than 60 per cent of all healthcare spending in India is out of pocket, much higher than Brazil’s about 27 per cent and about 11 per cent for the United States.

* India has just about one hospital bed per 1,000 people. The corresponding number for Brazil is more than two and nearly three for the United States.

* India has only about one doctor per 1,000 people, compared with more than two for both Brazil and the United States.

* Prime Minister Narendra Modi says India will produced more doctors in the next decade or so than it did in the first seven decades of the country’s independence in 1947.

* The government has pledged to build many new hospitals and upgrade existing ones in the next few years with the investment of around $9 billion. The poor eastern state of Bihar plans to build by next year some 1,600 new hospitals at the cost of about $500 million.

* Modi’s government, states and government-run companies have provided funds for hospitals so that all of India’s nearly 750 districts have at least one oxygen-generation plant. Some 4,000 of them have been commissioned in recent months.

UN Backs Plans To Ensure Regular, Healthy School Meals For Every Child In Need By 2030