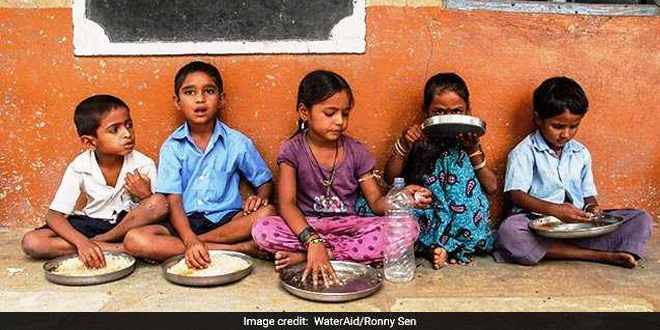 New York: Following pandemic-driven school closures, five UN agencies threw their strong support behind an international coalition to improve the nutrition, health and education of school-age children around the world. In a joint declaration on Tuesday (November 16), the Food and Agriculture Organization (FAO), the UN Educational, Scientific and Cultural Organization (UNESCO), the UN Children’s Fund (UNICEF), the World Food Programme (WFP) and the World Health Organization (WHO) committed to assisting the School Meals Coalition in which over 60 countries envision a nutritious meal in school for every child in need by 2030.

Led by France and Finland, the coalition also committed to “smart” school meals programmes that combine regular meals in school with complementary health and nutrition interventions for children’s growth and learning.

“School health and nutrition programmes are impactful interventions to support schoolchildren and adolescents’ growth and development”, the UN leaders said in their declaration.

They can help to combat child poverty, hunger and malnutrition in all its forms. They attract children to school and support children’s learning, and long-term health and well-being.

Noting that school children are not the only ones who benefit, the UN agency heads pointed out that the meals can serve as “springboards” for food system transformation. And where possible, they can use locally grown food to support national and local markets and food systems, thus, improving opportunities for smallholder farmers and local catering businesses – many of which are led by women. Moreover, these programmes can contribute to achieving at least seven of the Sustainable Development Goals (SDGs).

School feeding programmes can get children back in school, fix the damage done to their education, create jobs locally and enable smallholder farmers to earn a sustainable living to feed their families.