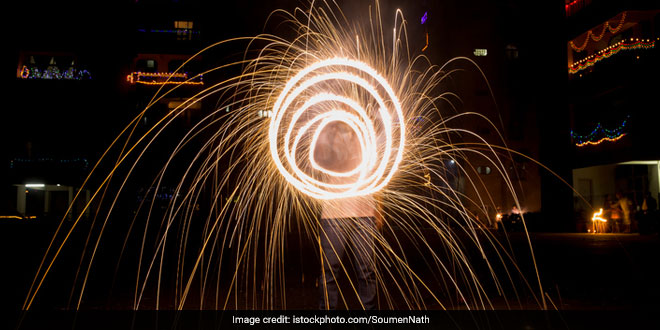 New Delhi: On Tuesday, hearing to the Tamil Nadu government’s plea of allowing the state to burst crackers on Diwali morning (4:30 AM to 6:30 AM) besides the already permitted slot (8 PM to 10 PM), considering religious practices in the state, the Supreme Court modified its decision of October 23 and said the timings will be changed, but they won’t exceed two hours a day. The state government is allowed to decide the two hour slot. The timings will be changed in Puducherry as well. The Supreme Court also cleared its decision of October 23 where the bench steered clear of blanket ban on bursting of firecrackers and said only ‘green firecrackers’, the one with low emissions and decibel levels will be allowed. The Supreme Court said, decision of green firecrackers was meant for Delhi-NCR and not PAN India. The permission to burst firecrackers between 8 PM to 10 PM on the day of Diwali was PAN India.

Supreme Court ordered the bursting of firecrackers in Tamil Nadu during Diwali for two hours. The two-hour slot has to be decided by the state government.

According to the Tamil Nadu government’s plea, the Supreme Court’s restriction on celebration of Diwali would mean “rejecting the people with their due religious rights and would subject the people of the state into much hardship”.

Diwali is a practice religiously and scrupulously followed by Hindus from time immemorial and it had become a core and essential religious practice which is also protected under Article 25 of the Constitution as their fundamental right, it said.

In Tamil Nadu, a South Indian state, the festival of Diwali is celebrated early in the morning to commemorate the death of Narakashura, according to the plea.

A plea by the Tamil Nadu government also highlighted the environmental benefit of bursting crackers early in the morning instead of entire country celebrating the festival at the same time that is 8 PM to 10 PM.

Further it talked about how bursting firecrackers at different times in different cities will make it convenient to arrange for fire fighting and rescue facilities in case of an accident.

A bench comprising Justices A K Sikri and Ashok Bhushan were hearing several applications filed by the Tamil Nadu government, and firecracker manufacturers seeking modification and clarification on the apex court’s October 23 order on sale and use of firecrackers in the country.

Eco-Friendly Firecrackers Exist In India, But Will Not Be Available This Diwali: Union Environment Minister Dr Harsh Vardhan