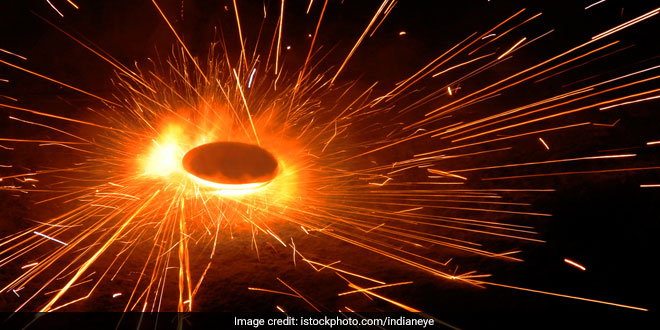 New Delhi: Expecting a highly polluted Diwali, a pollution task force headed by the Central Pollution Control Board (CPCB) on Friday issued advisories to a Supreme Court-appointed environment body, suggesting closure of industries, construction and intensified traffic regulation between November 1 and 10. Meteorological condition are expected to get supportive of breathable air in Delhi-NCR around Diwali, while festival traffic rush is likely to aggravate pollution in Delhi, Central Pollution Control Board (CPCB) officials said. A CPCB-headed task force has suggested certain restrictions and checks across Delhi-NCR between November 1 and 10 to Environment Pollution (Prevention and Control) Authority (EPCA).

Health experts with the task force have also recommended encouraging people to avoid prolonged exposure during the period to avoid health issues. The task force’s advisory also includes encouraging people to use public transport. Pollution is expected to spike around Diwali due to unfavourable winds set to change around Diwali to westerly and north-westerly coming from Punjab and Haryana where stubble-burning has been intensified. The additional pollutants may not dissipate due to lower morning temperature around Diwali. Additional festival rush and fire crackers, which this year are not banned by the Supreme Court, are also set to lead to a polluted Diwali, CPCB said.

All the construction activities which produce dust should be stopped across Delhi and National Capital Region (NCR) from November 1 and 10. Coal and biomass-based industries should be shut from November 4 to 10, except the waste-to-energy units and thermal power plants across NCR, Prashant Gargava, member secretary CPCB said while addressing the media.

The task force has also requested the EPCA to ask the traffic department of Delhi and satellite cities like Ghaziabad and Faridabad in NCR, to intensify checks on polluting vehicles and proper regulation from November 1 to 10 to control the pollution. The restrictions, suggested to be part of a Graded Response Action Plan (GRAP) which comes in force with abnormal air-quality, will be implemented by the EPCA.

The task force includes CPCB and local state pollution control boards of neighbouring states of Delhi. “We are reviewing the air-quality status on a daily basis and weather conditions in November are not going to be similar to what we have present,” CPCB head said, adding the department would appreciate if people use ‘Sameer’, a mobile app to report environment violations such as garbage dumping and open burning. “Not much reporting is registered on Sameer App we would appreciate if people report more violations so that agencies can act,” Mr. Gargava said. Meanwhile T.K. Joshi, advisor environment health to the Union Environment Ministry has suggested people against prolonged outdoor exposure and exercising like jogging or running. He said even lighting incense sticks or mosquito coil indoor is harmful these days.

Biomass Burning, One Of The Major Sources Of Air Pollution May Spike 45% By 2050: Study

Air Pollution In South Delhi: 20 Teams To Patrol 24×7 To Stop Instances Of Leaves And Waste Burning