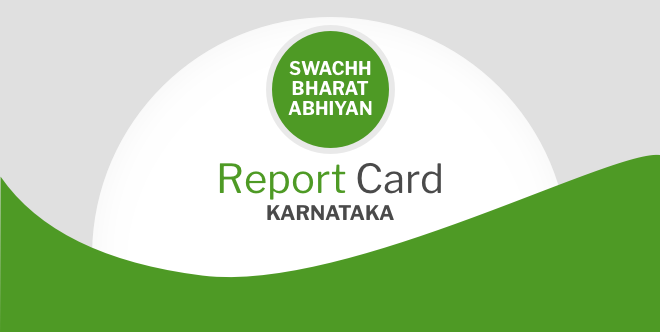 New Delhi: Every Saturday, armed with broom, gloves and other cleaning equipments, more than 3.2 lakh children from the Dakshina Kannada District Zilla Panchayat celebrates ‘Swachh Shanivara’ in which various cleanliness activities are undertaken. The reason – these children want to fulfill another swachh goal and make their open defecation free (ODF) Panchayat ODF Plus (which means total sanitation in terms of solid waste management, improved sewerage lines, stormwater drains and pucca cement roads, in addition to open defecation free tag). In Karnataka, this panchayat is not alone to move towards the ODF plus status, there are more than 4,000 gram panchayats that have today successfully achieved the open defecation free target. 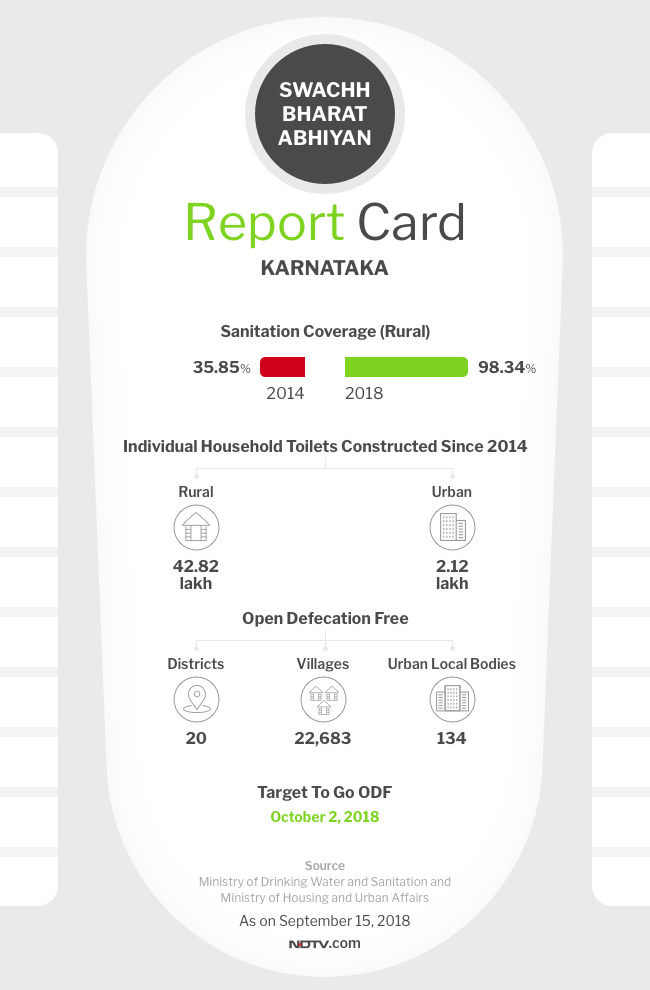 Currently, 21,933 villages and 20 districts have attained the ODF Tag. The six districts that are behind the ODF targets are Raichur with sanitation coverage of 76.09 per cent, Vijayapur with 82.63 per cent, Bidar with 82.76 per cent, Yadgir with 92.60 per cent and Belagavi with 93 per cent sanitation coverage. Authorities have set the target of October 2, 2018, for achieving the coveted tag of ODF in its rural parts.

On the other hand, state’s urban areas that had the target to make Karnataka’s small and medium cities ODF by October 2, 2017 and another 100 urban local bodies (ULBs) ODF by December 2017 are already behind the schedule. Till date, construction of over 2 lakh toilets, 6,000 community toilets have been achieve. And out 277 urban local bodies 132 has been made free from open defecation. Major cities and corporation in the urban parts of the state such as Bengaluru, Hubli, to name a few still struggles to achieve the ODF tag. The authorities have now set October 2, 2018 as their new deadline.

The rural parts in order to achieve the status of Open Defecation Free have recently launched a new campaign Swachhameva Jayate, a rural cleanliness and sanitation campaign Explaining the initiative, a senior officer from Chief Minister’s Siddaramiah office said,

Through this campaign, the rural parts target to achieve 100 per cent sanitation coverage by October 2, 2018. Swachhameva Jayate is a door-to-door activity headed by children of primary and secondary schools where children are educating people on the importance of building a toilet at home along with other parameters of cleanliness, hygiene, toilet usage and waste management.

Along with these steps, the state also plans to make work related to recycling of solid waste a part of the Mahatma Gandhi National Rural Employment Guarantee Act (MNREGA) that means activities such as waste collection, waste transportation and segregation will now become government guaranteed employments, for which participants will be duly paid.

Apart from lagging behind in achieving the ODF status, urban areas major cities like Mysuru and Bengaluru have slipped in swachhta rankings. Bengaluru ranked 216 as against 210 in 2017, while Mysuru ranked 8 this year against its precious rank 5 in 2017. What’s more, this year the state even fared badly in terms of citizen feedback.

In next one year’s time, Karnataka apart from achieving 100 per cent open defecation free target, aims to move towards ODF Plus and ODF plus plus status. ODF Plus refers to the sustainability of ODF tag, while ODF Plus Plus means adequate liquid water supply, improved sewerage lines, stormwater drains and pucca cement roads. These goals have been set by the state under Swachh Bharat Abhiyan in order to become 100 per cent swachh.

Moreover, the state also aims to focus on improving its waste management situation across the state and improve its swachh rankings in the upcoming Swachh Survekshan.

After Four Years Of Swachh Bharat Abhiyan, Is The National Capital Delhi ODF Only On Paper?