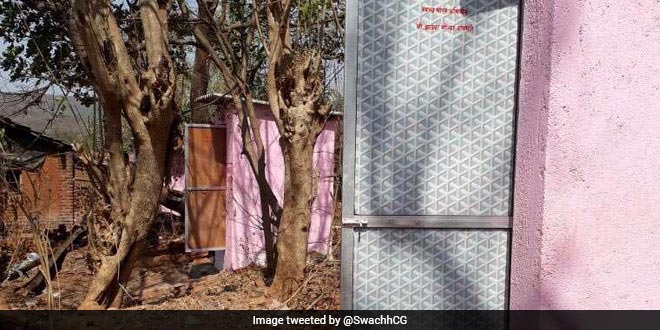 The festival of Raksha Bandhan, literally translates to “bond of protection,” celebrating the bond between brothers and sisters. Moving away from the usual gifting choices, many brothers this year are being encouraged to gift their sisters a necessity many in India still have no access to – a toilet. The practice, which began last year when Jharkhand resident Pintu constructed a toilet for his sister as a Rakhi gift, is being adopted by many this year.

We came up with the idea of hosting a contest to encourage the practice of gifting toilets to a loved one. But building a toilet is not enough. These toilets should be functional and the recipients must use them regularly. Only behavioural change will ensure eradication of open defecation from the district, said Shammi Abidi, District Collector, Raigarh.

The District Collector added that responses to the contest have already begun to come in and the district will continue to link social celebrations to the cause of sanitation. Linking social celebrations to sanitation has seen favourable results throughout Swachh Bharat Abhiyan and Raigarh is adopting the norms for a cleaner and open defecation free district. Chattisgarh’s performance in the Swachh Bharat Abhiyan has been satisfactory as the state presently has a rural sanitation coverage of 87.19 per cent, though the district of Raigarh lags behind with 77 per cent sanitation coverage.

Raigarh is not the only district that is looking to innovate this year when it comes to Rakhi gifts. In Rajasthan, the village of Bhalo ka Gurha in the district of Udaipur is also witnessing a sanitation revolution linked to the social celebration of Rakhi. The district administration, along with the non-governmental organisation Wells for India has invited 1,000 brothers to come forward and help build the same number of toilets for their sisters. The administration has announced that financial assistance of Rs 1,000 would be provided, along with the usual Swachh Bharat reimbursement on successful completion of every toilet. The administration has permitted the toilet building exercise to be carried out at a participant’s sister’s in-laws house as well, which may not necessarily be in the district.

The number of women who fall sick to diseases or are victims of criminal activities due to them being forced to defecate in the open are still high in the country. By convincing people to gift toilets to their sisters on the occasion of Rakhi, we are trying to set a sanitation example. This practice will also send a strong message that by gifting toilets, brothers are committed to better the sanitation scenario for their sisters, said Jaimal Singh Rathore, District Supply Officer (Rural), Udaipur.

In Uttar Pradesh’s Rudragarh Nausi village in Gonda, a toilet named ‘Rakhi Shauchalay’ was built by a brother for his sister, who could no longer stand the daily sanitation difficulties faced by her. Similarly, in Rajasthan’s Kurabar village, brothers Suresh and Fatehlal gifted their sister Jamuna a toilet as a gift for this year’s Rakhi. The brothers wanted to put an end to their sister’s daily walk to the fields to relieve herself.

Open defecation in India has been an age-old problem, and is a particularly dangerous practice for women. A 2015 report by World Health Organization (WHO) and United Nations International Children’s Emergency Fund (UNICEF) estimated that nearly 300 million women in India lacked access to healthy sanitation. Age-old traditions which discourage the presence of a toilet in household premises has seen women setting out to fields or forests before sunrise to relieve themselves, often becoming prey to wild animals, rapes and diseases. Working women in both rural and urban areas also face similar dangers due to lack of toilets. Rakhi is celebrated across India as a festival where prayers and gifts among siblings are exchanged, strengthening the bond between them. Gifting a toilet surely is a gift women in India can do with.

Delhi Records 7 Deaths In Past One Month Due To Sewer Cleaning Activity, Is Manual Scavenging Privately Thriving In India?

Swachhta Bandhan: Brothers In Varanasi District To Gift Toilets To Sisters This #RakshaBandhan