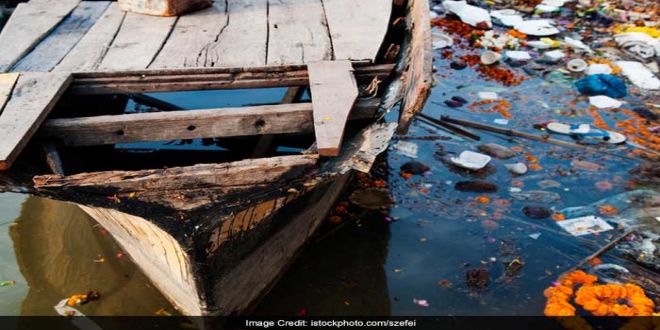 New Delhi: Taking strong note of effluent discharge in Kanpur drains polluting the river Ganga, the Central Pollution Control Board (CPCB) has asked the state pollution control body to take stern action against the non-complying industrial units and order their closure. In a letter sent to the Uttar Pradesh Pollution Control Board (UPPCB), the CPCB asked it to ensure that no industry discharges effluent into any drain without meeting prescribed standards, and that coloured or untreated effluent is not drained into river Ganga.

It has asked the UPPCB to file an action taken report by February 29. CPCB Acting Chairman R S Prasad said,

In exercise of the power conferred under the Water (Prevention and Control of Pollution) Act, you (UPPCB) are hereby directed to take appropriate measures including the issuance of directions to ensure implementation of the following pollution control measures in a time-bound manner.

In 2017, the Supreme Court had passed a judgement which directed all state pollution control boards to mandatorily carry out inspections and take appropriate action against erring industrial units. Water quality of river Ganga and its tributaries has been threatened due to disposal of untreated sewage and sullage from drains and discharge of untreated or partially treated effluent from grossly polluting industries (GPI) which are mixed with drain effluent and reach Ganga river directly through its tributaries, said a CPCB official.

The CPCB, in consultation with the UPPCB, has inventoried over 1,000 GPI operating in Uttar Pradesh with the potential to discharge effluent in the river Ganga. It has also been monitoring 24 drains, two in Unnao and 22 in Kanpur since March 2019 on a weekly basis, the official said.

During its monitoring between December 31, 2019 and January 7, 2020, the Central Pollution Control Board (CPCB) found industrial effluent or sewage was being discharged in four drains in Kanpur- Sheetla Bazaar, Wazidpur, Bhudiya Ghat and Ratanpur- despite several meetings held last year over such polluting activities. The central pollution watchdog, in its directions, said,

It also directed the UPPCB to ask the authority concerned to ensure the proper functioning of pumping stations in these drains -Sheetla Bazaar, Wazidpur and Budhiya Ghat – so that no wastewater directly reaches river Ganga. The watchdog added,

Will A Karnataka Resort’s ‘Weigh The Waste-Feed A Child’, Campaign Manage To Tackle Food Wastage?