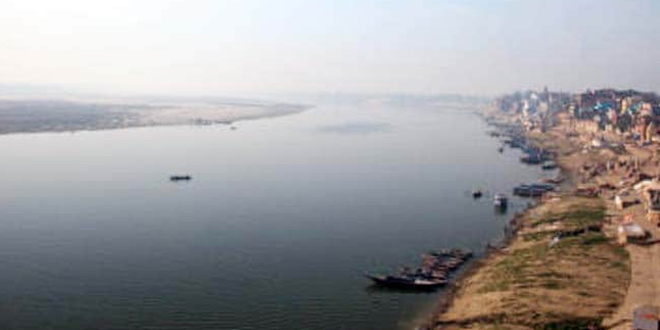 Kanpur: Holding immense faith in Ganga, a large number of people visit popular ghats to perform religious ceremonies and rituals. Sarsaiya Ghat in Kanpur is one such ancient ghat which is popular among pilgrims. Previously in a dilapidated condition, the ghat has recently been revamped under the Namami Gange program. Under the Namami Gange program, adequate funds are provided to the civic body to regularly clean and maintain the ghats. This brings immense satisfaction to the locals and visitors.

The old ghats which were in dilapidated condition have been renovated. The number of tourists has also increased. The arrangements are satisfactory.

People are more aware now. Those who have lost their faith in ‘maa’ Ganga, it (the renovation) has helped revive their faith. People are now eager to be part of this mission and they come to take a holy bath every day. People are now happy with the kind of developments being carried out at the ghats.

The National Mission for Clean Ganga has spent over Rs. 47 crores to construct and modernise 24 ghats and three crematoria in Kanpur and Bithoor. A 102-metre long Atal Ghat near Ganga Barrage has newly been constructed at an estimated cost of Rs. 10 crores.

Constructed by Engineers India Limited, the ghat is equipped with amenities like floodlights, changing rooms, toilets, green area and riverfront steps. Under the Namami Gange programme, a total of 11 ghats have been constructed and renovated in Kanpur city.

What has been a very good thing is people’s connect with the river has increased. We have completed more than 100 new ghats. In this short period that has really brought people, amenities have improved and people are also caring more about that. Public outreach has been good.

In Bithoor, a town located 25 kilometres from Kanpur city, has several ancient ghats, which have been renovated under the Namami Gange programme. Bhahmavatar Ghat, Bhairav Ghat and Rani Lakshmi Bai Ghat are among the 13 ghats which have got a new appearance.

With the development of ghats across the Ganga Basin, the solid waste flowing into the holy river has decreased significantly. The visitors at these ghats are also getting aware of keeping the holy river and its periphery clean.