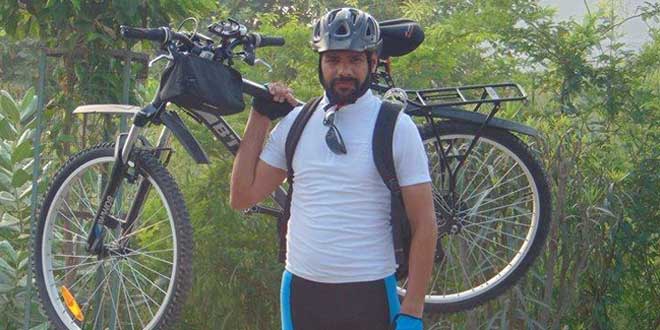 A 36-year-old, a passout of IIT Delhi, a food entrepreneur –  these were generally what went up on Pankaj Mall’s profile. Not anymore. Today there is a whole new dimension to his identity. A mammoth record of travelling some 4,600 kilometres, solo on a cycle, from Kargil to Kanyakumari. Covering some 12 states, 350 villages, 90 small towns and cities, Pankaj braved against all odds to complete the entire course. But this was not some adventure to test endurance and discover the unknown. This was an adventure with a cause. Armed with a brush and a stock of cleaning agent, Pankaj cycled his way through India with a simple motive to spread his Swachh Agenda. 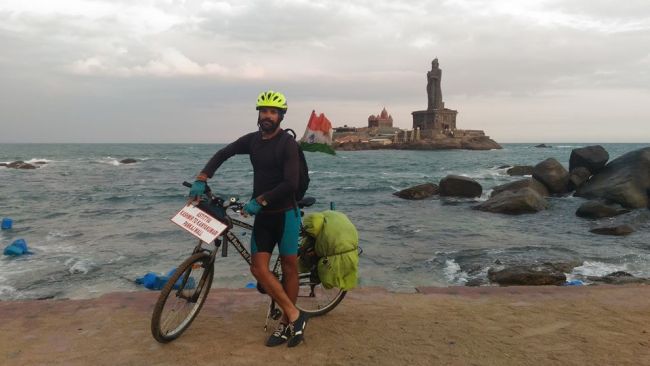 It is my mission to empower 10,000 people to lead a life of happiness, prosperity and purpose. I thought I will start with a very basic thing – ‘Swachhta.’ On 2nd October I bought a cycle and on 6th I was out on the roads to undertake this Swachh journey, says Pankaj Mall. 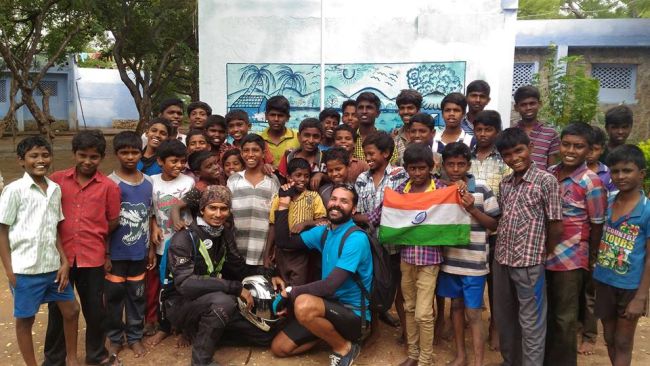 The goal was simple – educate villagers about why having a toilet at home is important, why keeping their surroundings clean is necessary, what are the benefits of cleaning public toilets and why it is important for women to use toilets and not defecate in the open.

Also Read: From The UK To An Indian Village – This NRI Couple Is Transforming Lives

I used to catch hold of people early in the morning around 4 and 5 am and late at night around 9 and 10 pm. I used to stop them from defecating in the open and educate them about the ill-effects of open defecation, says Pankaj.

He has not only educated and inspired people, but he also built 17 temporary toilets for women and cleaned River Narmada in Jabalpur for one full day. During this journey spanning 60 days, he faced everything from curiosity about his journey to reluctance for his Swachhta message from the people he met. But undeterred he stayed put on his chosen course. Travelling through village after village, Pankaj experienced first hand the grim reality and the daunting challenge in achieving a Swachh India. 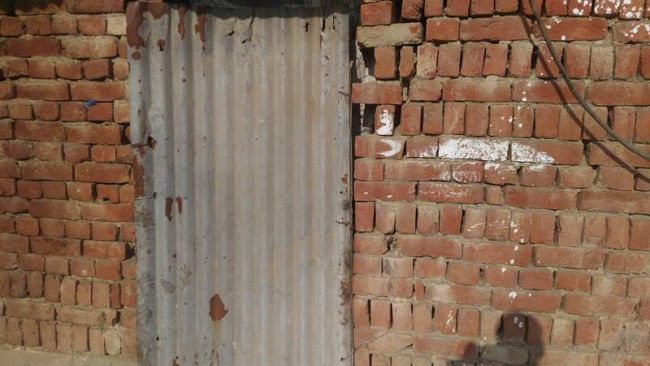 When I personally went inside different villages, I got to know the sad state of these villages. Villages in Uttar Pradesh and Madhya Pradesh are currently among the worst in terms of cleanliness. Women there have no access to toilets, recounts Pankaj.

In Madhya Pradesh, Pankaj met Gopal Bhargava, Minister of Co-operative, Social Justice, Panchayat and Rural Development. He told Mr Bhargava about the miserable state of toilets in some of the schools and colleges there. He also stressed upon the fact that why having toilets for boys in schools is an important thing. On his part, Mr Bhargava promised Pankaj that he will look into the concerns raised by him and work towards fixing the issues soon.

Also Read: Only 2% Increase In Swachhta In These 5 States In 15 Years

During this expedition, Pankaj realised that the key to a Swachh Bharat is a change in mindset. He discovered that though the government is helping out villagers in building toilets at home, the usage of it still remains a huge issue. Most villagers take money from the government to build a toilet but never actually do it, instead they put it to some other use.

I conducted workshops in schools/colleges, trained the villagers about the basics of hygiene and sanitation, I demonstrated to them how to get started on the path to cleanliness, says Pankaj. 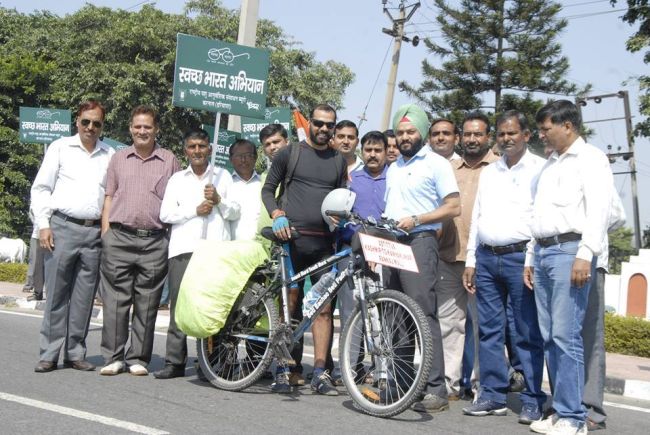 Before this trip Pankaj had never done cycling. This was the first time he undertook such a long cycling journey. He pedalled for about 80-100 kilometres daily and successfully completed his epic tour on December 5.

A lot has changed for Pankaj during this travel across India and this is how he sums it all up , “Putting a status on Facebook/Twitter, cribbing about how dirty our country is, won’t serve any purpose. It’s the groundwork that matters – we have to go through the pain and sacrifice in order to bring a change.”

5 Swachh Warriors Who Inspired Us With Their Clean India Efforts