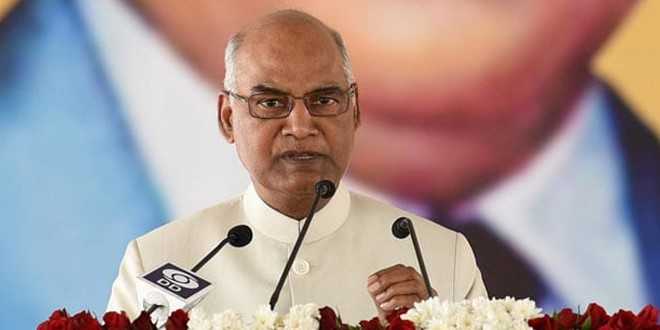 New Delhi: President Ram Nath Kovind on Thursday said that the central government is making earnest efforts for conservation of forests, wildlife, and the environment. Addressing a joint session of Parliament, President Kovind said that to reduce the adverse effects of climate change, the government’s proactive efforts have led to the formation of International Solar Alliance (ISA) through which India is significantly contributing to the advancement of solar energy in developing countries. He said,

Solar energy plays an important role in reducing the adverse effects of climate change and global warming. Proactive efforts of India have resulted in the formation of the ISA. Through this organization, India is contributing significantly to the development of solar energy in the developing countries of the world.

President Kovind said that in recent years, forest and tree cover increased by more than one per cent. He added,

The government is making earnest efforts for conservation of forests, wildlife, and the environment. In recent years, forest and tree cover has increased by more than 1 per cent. During the last five years, protected areas in the country have also increased. In 2014, the number of protected areas in the country was 692, which has now gone up to 868.

To address the challenges posed by air pollution, ‘National Clean Air Programme’ has been started in 102 cities, he added. The President said massive work to create infrastructure is underway, and electric vehicles (EVs) are being promoted to reduce pollution. The network of electric vehicles charging stations is also being expanded rapidly for EVs, he said.

Also Read: Pollution Worse In Indian Cities As Registered Vehicles Up By 700 Times Since 1951, Study Suggests

Related Topics:
Delhi Pollution
Up Next

Narmada, Yamuna, Mahanadi, Among Other Rivers Will Be Cleaned On The Lines Of Ganga, Says President