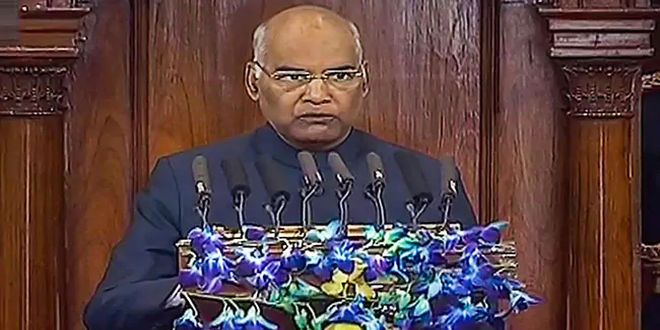 New Delhi: The Centre is committed to the cleaning up major rivers like Cauvery, Periyar and Narmada on the lines of its ambitious ‘Namami Gange‘ programme for river Ganga, said President Ram Nath Kovind on Thursday (June 20). “On the lines of river Ganga, the government will also endeavour to clean up other rivers such as Kaveri, Periyar, Narmada, Yamuna, Mahanadi and Godavari,” he said in his address to the joint sitting of Parliament.

Mr. Kovind said that the Central government is fully committed to ensuring the uninterrupted flow of river Ganga and making it pollution-free.

Under the Namami Gange scheme, my government will further accelerate the campaign for the closure of drains releasing effluents in the river Ganga, he added.

The Namami Gange programme or the Clean Ganga Mission is an integrated mission for Ganga rejuvenation. It has a comprehensive multi-sectoral intervention with multi-stakeholder involvement and adopts a basin based approach which includes Ganga and its tributaries.

The initiative aims at providing comprehensive and sustainable solutions for major pollution hot spots along the stretch of 97 towns and 4,465 villages on the Ganga stem.

The mission is not only constructing new infrastructures but also rehabilitating the old and dilapidated Sewage Treatment Plant (STPs) as well as ensuring Operation and Maintenance (O&M) of all assets hence created.

In the Namami Gange programme, a total of 289 projects have so far been sanctioned at a cost of Rs 28,377 crore out of which 87 projects have been completed.