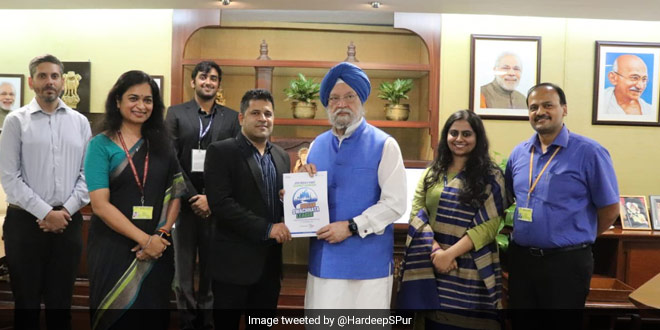 New Delhi: The Union Housing and Urban Affairs Ministry will launch a 15-day campaign on September 17 to mark the completion of eight years of the Swachh Bharat Mission, a statement said on Friday (September 9). The campaign, ‘Swachh Amrit Mahotsav’, will focus on mobilising citizen action and commitment towards the vision of building garbage-free cities. Its launch will coincide with Prime Minister Narendra Modi’s birthday.

To mark completion of 8 successful years of PM @narendramodi Ji’s visionary #SwachhBharatMission on the occasion of Gandhi Jayanti this year, @MoHUA_India will launch #SwachhAmritMahotsav, a fortnight long intensive campaign to make our cities #GarbageFree from 17 Sept 2022. pic.twitter.com/ZsZ4AKRD33

In another tweet, the minister said September 17 will be observed as ‘Sewa Divas’ when ‘Swachh Amrit Mahotsav’ will start in the form of ‘Indian Swachhta League’ — a youth-led competition.

In line with the PM’s vision of harnessing youth energy for positive action, the minister has announced the opening of the first ever ‘Indian Swachhata League’ (ISL), an inter-city competition to take place between the youth of the cities on September 17, 2022. For the maiden edition of ISL, more than 1,850 city teams from across the country have officially registered to compete, it stated

Also Read: A Road To Garbage-Free City: How Can Cities Manage Their Waste In A Sustainable Manner