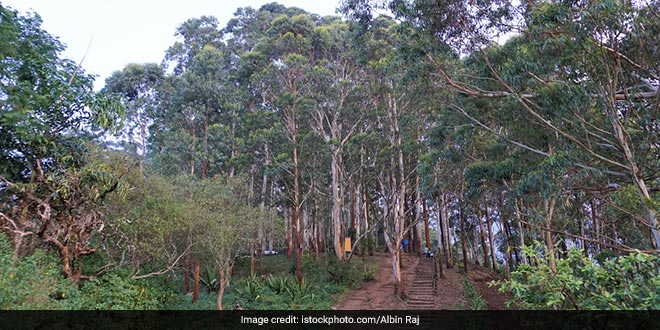 The Ministry of Environment, Forest, and Climate Change, the Government of India and the US Agency for International Development (USAID), announced the launch of a new program, "Trees Outside Forests in India"

New Delhi: US and India announced a new initiative to increase tree coverage outside of forest lands in India in a bid to support global climate change mitigation and adaptation goals. “The Ministry of Environment, Forest, and Climate Change, the Government of India and the US Agency for International Development (USAID), on September 8, 2022, announced the launch of a new program, “Trees Outside Forests in India,” US Embassy in India said. The move will enhance carbon sequestration, support local communities, and strengthen the climate resilience of agriculture.

The new USD 25 million programme will bring together farmers, companies, and private institutions in India to rapidly expand tree coverage outside of traditional forests by 28 lakh hectares. Through agroforestry, or integrating trees into farming systems, the program will improve the resilience of farming systems while increasing the income of farmers.

The program will also use innovative financing models and leverage India’s private sector to promote tree-based enterprises, helping to create sustainable markets and improve rural economies and livelihoods, with the potential to benefit more than 13 million people.

Implemented by a consortium led by the Center for International Forestry Research (CIFOR) and World Agroforestry (ICRAF), the program will be implemented in seven states including Andhra Pradesh, Assam, Haryana, Odisha, Rajasthan, Tamil Nadu, and Uttar Pradesh.

India and the U.S. are firmly committed to working closely in many areas including the forestry sector. At the global level, India is playing a prominent role in forming and shaping affirmative responses to the challenges faced by the forest and environment sector. India has undertaken rapid economic growth while successfully conserving and enhancing its forest resources and would continue to do so through strategic planning and focused implementation.

Highlighting the US-India cooperation on climate change and forestry, the US Charge d’Affaires Patricia A. Lacina, said,

As one of the world’s largest economies and a global leader in science and innovation, India plays a critical role in helping solve the climate crisis. This new program builds on the enduring U.S.-India partnership to tackle the climate crisis by enhancing carbon sequestration and bolstering resilience in the face of climate threats. India’s achievements on these issues can provide models for the world.

USAID’s forestry activities in India support important priorities of the US and Indian governments, contributing to the Forestry Pillar of the Climate Action and Finance Mobilization Dialogue in support of the US-India Climate and Clean Energy Agenda 2030 Partnership. This new program builds on the enduring US-India partnership to tackle the climate crisis and bolster resilience in the face of climate threats and extreme weather events, as per the US Embassy here.

In addition to safeguarding India’s forests and other critical ecosystems, USAID is working with India to implement its ambitious emissions reduction measures by transitioning to renewable energy and adapting ongoing activities, such as health and disaster risk reduction, to the reality of today’s climate crisis.

Also Read: Rivers Worldwide Are Running Dry – Here’s Why And What We Can Do About It