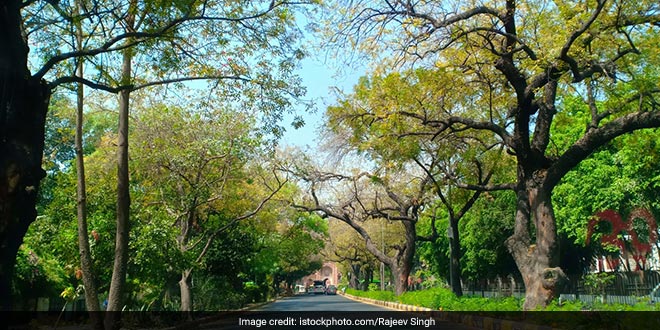 New Delhi: The National Green Tribunal (NGT) has directed that while granting environmental clearance, the Ministry of Environment must ensure that an effective monitoring mechanism exists to ensure compliance with requisite safeguards including the plantations on the roadsides and keeping such roadsides free from encroachments upto specified distance. The NGT issued this direction after acknowledging that “green cover on both sides of highways is absolutely essential to mitigate adverse impact of vehicular pollution on the highways.”

A NGT bench headed by its Chairperson Justice Adarsh Kumar Goel said that the stand of the National Highway Authority of India (NHAI) that the roads are constructed by Concessioners and it is only their responsibility to comply with the mandate of law is patently untenable and shows indifference and breach of public trust and statutory duties.

The NGT also pointed out that if the NHAI in the course of its activities hires its agents, the liability of the principal does not end and “the Criminal as well as Civil liability of NHAI and its highest officers under the Environmental Law to be prosecuted and to be required to pay compensation continues.”

It also ruled that such inalienable duty cannot be abandoned on specious plea that a contractor is being hired and, moreover, being public authorities, taking such plea shows lack of responsibility or lack of knowledge of law.

The NHAI as well as the National Highways and Infrastructure Development Corporation (NHIDCL) have to be the role model to ensure compliance of environmental norms and same is expected from the State Public Works Department (PWD) and other concerned Authorities, it recommended.

There has to be continuous meaningful and responsible monitoring at highest levels. It is not a charity but constitutional mandate, the NGT said.

The NGT has said that the record shows that on every occasion the matter has been taken up, the Tribunal has regretfully found lack of involvement of the concerned authorities on the subject.

We are stating so with a hope that the authorities realise their responsibility in the matter and coercive measures are avoided against erring officers. We expect the highest in the organisations to look into these aspects to ensure change of attitude and counselling, the NGT said adding that it is compelled to make these observations after observing indifference for long.

Accordingly, the NGT directed the NHAI and the NHIDCL and concerned Central and State Ministries to develop appropriate mechanism for compliance of the law, which may be overseen by the Environmental Regulatory Authorities in the Central Government as well as in the States.

Also Read: Heroes Of Swachh lndia: Meet Peepal Baba, The Man Who Has Been Planting Trees For Last 42 Years To Make India Clean And Green

We further direct that while granting Environmental Clearance, the Ministry of Environment, Forest and Climate Change (MoEF&CC) must ensure that an effective monitoring mechanism exists to ensure compliance of requisite safeguards including the plantations on the road sides and keeping such roadsides free from encroachments upto specified distance, the NGT said.

NHAI and NHIDCL must give undertaking of responsible level officers to take ownership of maintaining environmental norms instead of taking a plea that it was not their basic responsibility and responsibility was of the contractor, it said.

The NGT also held that it was acknowledged by the concerned authorities that green cover on both sides of highways is absolutely essential to mitigate adverse impact of vehicular pollution on the highways.

The dust leads to increase of PM 2.5 and PM 10 and consequential health hazards and the pollution is aggravated by permitting constructions close to the highways, making it impossible to provide green cover, the NGT noted.

The NGT was hearing an application filed by NGO named Society for Protection of Culture, Heritage, Environment, Traditions and Promotion of National Awareness.

The issue for consideration was the remedial action for protection of environment along the highways. The steps include green cover to minimise the impact of dust pollution on account of traffic, leaving of space on both sides of highways for tree plantation and expansion, preventing direct access to the highways without bye-lanes/exit routes and regulating the opening of access to the buildings directly from the highways.

The applicant approached this Tribunal for directions under Section 15 of the NGT Act, 2010 for mandatory green cover on both sides of highways on the pattern of notification dated 25.07.2012 issued by the Town and Country Planning Department (“T&CPD”), Government of Haryana under Section 5(4) of the Punjab Scheduled Roads and Controlled Areas Restriction of Unregulated Development Act, 1963.

The applicant alleged that continuous movement of vehicles caused dust pollution and increase of PM 2.5 and PM 10 and consequential health hazards. Large number of structures were built on the sides of highways having direct illegal access to NH8, destroying the space for mandatory green cover.

Serum Institute Applies For Emergency Use Authorisation For COVID-19 Vaccine