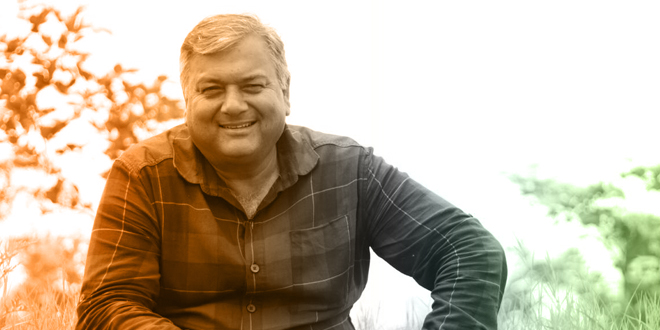 New Delhi: “Tree is a magnet which attracts water in the form of rain and it is one of the most significant solutions to bringing back ground water. If forests will cease to exist, rivers will not have water. By creating urban forests, we can fight the national emergency and war like situation currently prevailing in the country – lakhs of children dying due to air pollution and taps are expected to run out of water in various parts of the country by 2020”, says 53-year-old Swami Prem Parivartan also recognised as Peepal Baba for planting 1.25 crore Peepal trees across India. In a conversation with NDTV, Peepal Baba, who has been planting trees for over four decades, talks about his love for trees and how his idea of creating green patches across the country can help clean up the air and protect the overall environment.

The story of Peepal Baba dates back to 1976, when, an 11-year-old Swami Prem from Pune, was struck by something his class teacher and English teacher, Mrs Williams had said. She would often narrate stories about nature, environment and ecology. And one of the recurring themes in her stories would the threat facing the earth.

Also Read:How ‘Save Aravali’ Is Converting Garbage Dump To A Forest By Planting Trees

Mrs Williams would very specifically say, By 2030, extinction of homo sapiens will begin and India will be the first country to go down. And by 2050, rest assured, there will be nobody over here.’ Her words though disturbing left an indelible mark on the impressionable young Swami Prem who would wonder, ‘What’s the point of becoming a doctor, engineer, when everything is going to end’, recalls Swami Prem.

Also fueling the young mind was the make-believe world of comics like Tarzan and Phantom, where everything impossible becomes possible. And seeds of a possible solution was sown when Mrs Williams and Swami Prem’s grandmother said more or less the same solution, ‘Pedo se kahani shuru hoti hai and pedo pe khatam’ (The story begins with trees and ends with trees).

On January 26, 1977, my grandmother gave me 25 paise which was a hefty amount back then and asked me to buy saplings. Since then I have been planting and taking care of trees, says Swami Prem. 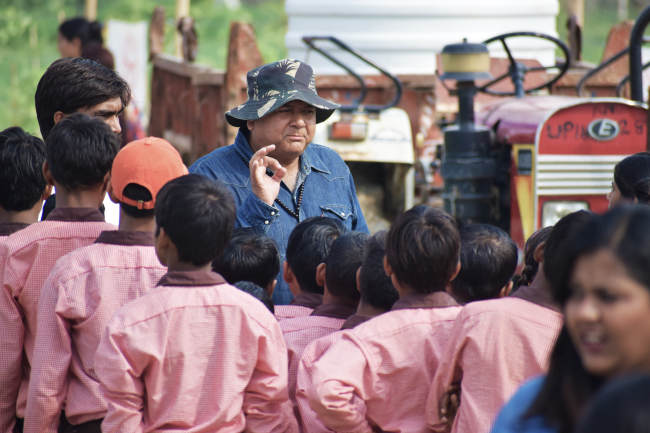 ‘Give Me Trees’, Says Peepal Baba

To promote tree plantation and create awareness among his friends, in 1977 Swami Prem started ‘Give Me Trees’, a hobby club, where he and his friends would ask for saplings from people. What started as a hobby club in a school got a fillip during graduation days when he learned to make a timetable to spend time nurturing plants in two to three houses every day, as a consistent practice, he started maintaining journals to keep a track on the growth of saplings planted by him. From writing the number of times a sapling was watered to its location to growth, he kept a tab on everything and today he has this archive built over the years contains information in 600 diaries.

As a doctor, my father had served the army for 36 years and as a kid I would travel with him to several towns and villages of India, stay there for months, promoting tree plantation among army officials and locals. During our stay, I would not only plant trees but create a volunteer group who was given the responsibility of taking care of trees planted in the vicinity, says Swami Prem.

The hobby club gained momentum on September 24, 2010, when Peepal Baba met actor John Abraham who asked him to create an NGO in order to get CSR (corporate social responsibility) funding and accelerate tree plantation across India.

Earlier I used to do individual tree plantation like I would plant 2 trees here, 5 trees at some other location, so on and so forth. Later, I started looking for patches of land where I could plant thousands of saplings together and create a tree cluster. I along with 11,000 volunteers pan India continued doing our work that is planting and taking care of trees and, then corporates joined in, says Swami Prem.

Over the years, Give Me Trees Trust, known as ‘pedo ka ashram’ (monastery for trees), has created over 270 tree clusters and worked on 54 CSR projects focused at creating forests in India. Over 6 lakh trees have been planted in Delhi-NCR alone, out of which 4.7 lakh trees survived. Also, the trust owns 400 nurseries across India, of which three are in Delhi, with a capacity of 1 lakh saplings. 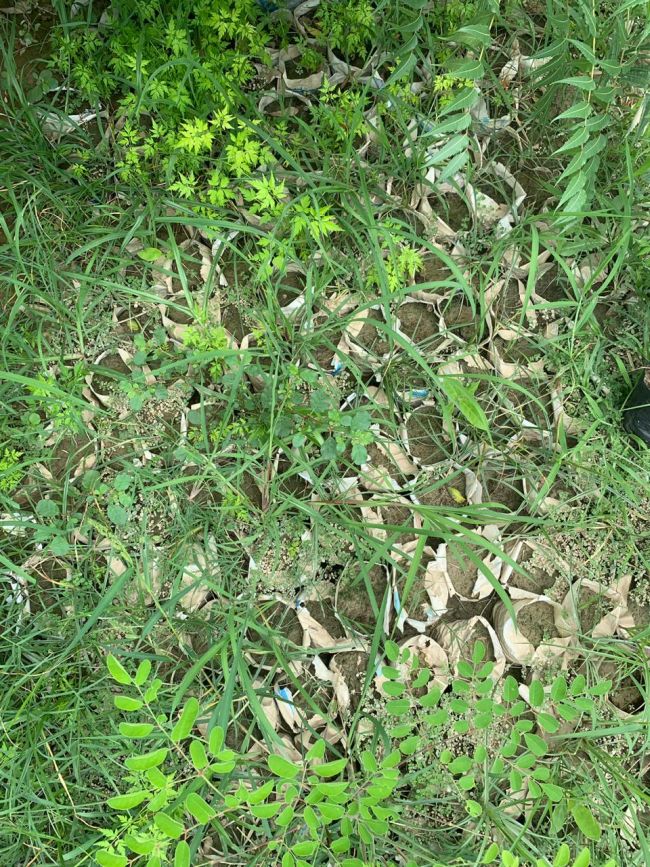 Give Me Trees trust owns 400 nurseries across India, of which three are in Delhi, with a capacity of 1 lakh saplings

The moment you do clusters, you do water conservation in the best way possible. As part of creating a tree cluster, we dig small ponds to conserve water, do composting, generate manure and create our own nursery. We don’t infuse any kind of fertiliser. I believe we should do something which an ordinary man can replicate at his/her own level, says Swami Prem.

Every project team takes up is based on three things – the government will provide land, the money will come through CSR funding and Give Me Trees will invest their skills. The latest project team has undertaken is in association with HCL foundation and district administration of Gautam Buddh Nagar, Noida, Uttar Pradesh. At Sorkha Village in Noida, the team is creating an urban forest and it has been named as ‘Uday Upvan’. 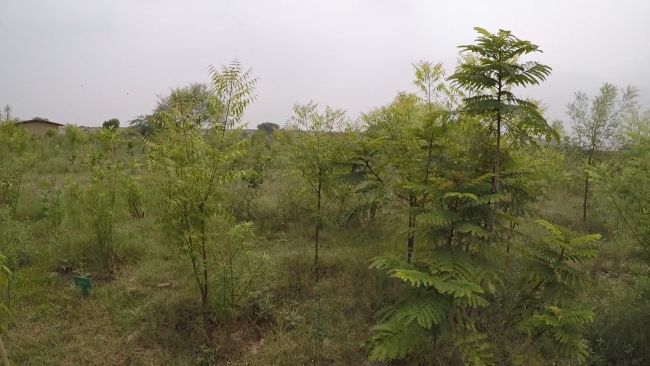 How Give Me Trees Is Colouring Uday Upvan Green

Given the problem of air pollution especially in Delhi-NCR, the team has dedicated itself to creating urban forests in the national capital. Elaborating on the same, the tree warrior says,

In India, only four per cent of rivers come from glaciers, whereas 96 per cent are forest fed. Lack of green canopy is the reason behind inadequate rainfall and climate change in the country. The narrative has to change; planting a tree or practising rooftop gardening won’t help anymore. We need to talk about urban forest, urban green spaces and clusters and that is the reason we are concentrating on Delhi-NCR.

To create an urban forest in Sorka Village, the district administration provided a waste land of five hectares to Give Me Trees in 2017, for a period of five years. Within two years, the team has replaced all the construction and demolition (C&D) waste lying at the location with 26,000 trees, converting it into a home for 17 species of birds, 13 types of butterflies, four reptiles and four snakes. Talking about how it was made possible, 34-year-old Shahid Mohammed, field manager incharge at Give Me Trees says,

We work on the soil and once the soil is healed, the plants will automatically be healthy and the tree saplings will show a higher rate of survival. When we got the vast land, all it had was tonnes of waste with zero to little space to stand firmly. Clearly, top soil was gone; the first step was to build top soil. To start with, we covered the layer of C&D waste with dried leaves, mulch (dried leaves, twigs, grass clippings, and kitchen waste), followed by cow dung, and soil. This was done in order to conserve the moisture of soil, improve the fertility and health of the soil, and reduce weed growth. After this, a variety of plants were planted over a couple of years.

Today, Uday Upvan has 22 types of native trees, 15 kinds of shrubs and bushes. 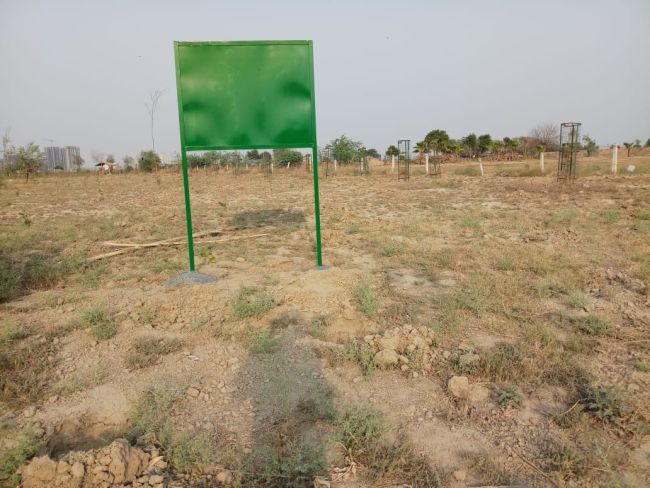 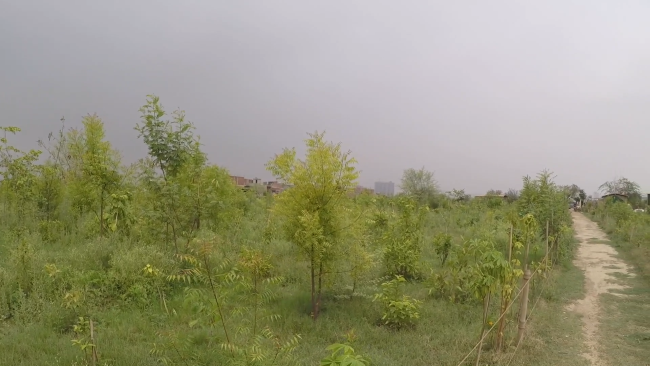 In a bid to involve communities in the creation of Uday Upvan, the team has initiated a couple of programmes like ‘Mitti ki Khushboo’ wherein individuals are encouraged to collect and donate their kitchen and garden waste to generate compost. A network of 700 families has been bringing their kitchen waste to the Noida nursery. While a portion of kitchen waste is dumped in a pit dug around plants, letting the waste decompose and provide essential nutrients to plants, remaining kitchen waste along with garden waste is put in the compost pits. 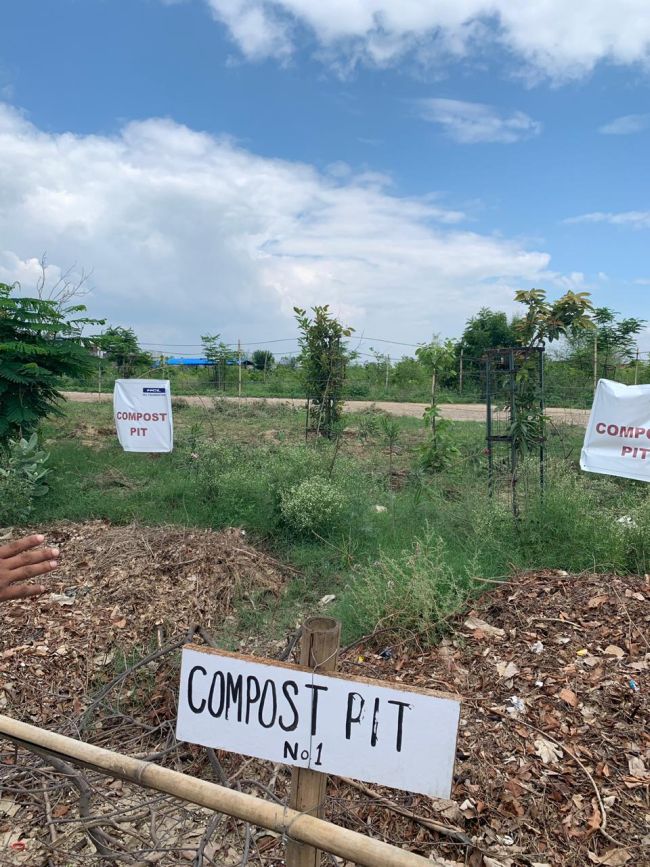 Gunjan and her husband, resident of Ajnara Homes in Noida and a part of the NGO, is one of the 700 families donating their kitchen waste. Sharing their experience with NDTV, Gunjan says,

We got in touch with Vineet Vohra, volunteer relations at Give Me Trees a year ago to know about the five plants every individual should have at his/her premises. It is then we decided to join the NGO and work towards increasing the green cover in the city. We started by bringing our kitchen waste every weekend and later roped in our neigbours as well.

After learning the basics of tree plantation and composting, the duo started practising composting at their residence and is successfully doing that. Also, Gunjan along with her neighbours has planted 200 saplings near her society and is taking good care of them. 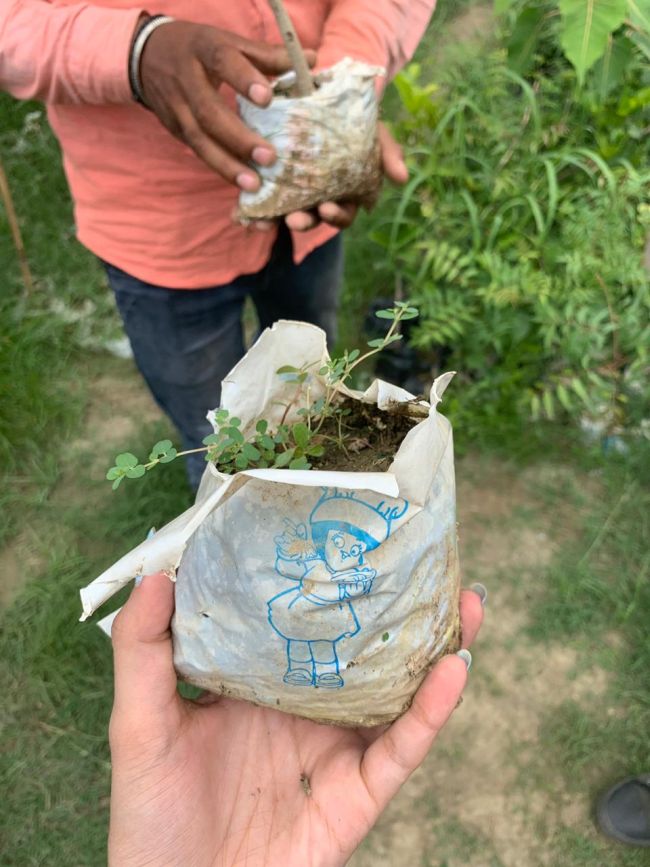 The team has created over 20 patches of green cover in Delhi-NCR and plans to do another 200 in the next two to three years. They also aim to increase the total number of trees planted in Delhi-NCR from 6 lakh to 12 lakh with a survival rate of 10 lakh. The tree warrior has also written to the environment ministry to create a tree audit authority of India to keep a check on tree plantation claims being made by individuals, authorities and organisations.

Signing off while sharing his vision for India and how it can be achieved, he says,

Focus on forestry and agriculture and see how it takes care of employment, migration from villages and small towns to metros, sense of well-being among citizens and improvement in quality of air, water and soil. Our country is trying to be a financial and industrial power but that is not what will make its citizens happy and healthy. Only healthy air, soil and water can keep us healthy. Reality is more important than perception. Remember, our children will ask us many questions – what we did to the rain, water, soil and the air. Be prepared to answer, signs off Peepal Baba.

Heroes Of Swachh India: Meet Afroz Shah, The Man Who Turned The Tide Against Dirty Beaches With His Cleanup At Versova