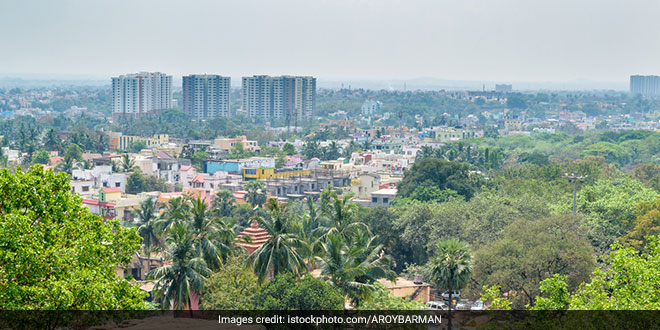 New Delhi: New Year is one of those occasions which are celebrated with friends, families and colleagues by exchanging gifts as a cultural practice. However, if we know anything about going ahead in the year 2020, it is the necessity to think and rethink about our contribution to the waste burden of our planet. Keeping this in mind, Bhubaneswar Municipal Corporation (BMC) has stepped into the New Year with the ‘Go Green’ campaign, which aims to sensitise people by distributing plant saplings, books, and cotton bags as gifts. Talking about the campaign, BMC Commissioner Prem Chandra Chaudhary told NDTV,

It is generally observed that around the New Year people tend to gift more and through this process they generally go for packaged gifts and ultimately end up creating tones of wastes, mostly non-biodegradable.

He asserted that BMC’s ‘Go Green’ initiative will help people get inspired with their gifting ideas, keeping the need to protect the environment in mind.

As part of the campaign, a mobile van, locally being called as ‘Mu Safaiwala Rath’ with the help from Axis Bank, is going around the five designated distribution points in the city to give out cotton bags, books and saplings to create awareness for `Swachh Bharat and Swachh Bhubaneswar’. The five distribution points are CS Pur, Ganganagar, BMC-Bhawani Mall, State Museum and I Love Bhubaneswar Plaza.

On 1st January, BMC distributed 2,200 cotton bags, 1,000 books and 2,600 saplings through these distribution points and aims to distribute more than 50,000 bags by the end of January.

On the other hand, BMC officials have already adopted the ‘Go Green’ campaign by gifting these items to their dear and near ones as New Year wishes, he informed.

We hope through the campaign and the activity of distributing the cotton bags and saplings across the city, people will be motivated to adopt such a step in their day-to-day lives. They would also be inspired to use the cotton bags gifted by BMC when they go for shopping/outing, as the ban on polythene bags is in force, said Mr. Chaudhary.

Indu who resides in city’s Unit-III and Sabita Dei from Saheed Nagar, collected saplings from one of the distribution points. Indu said that such an initiative will help Bhubaneswar become greener as their green cover has been majorly affected due to the natural calamities in the recent past.

Likewise, other residents, Lalita Jena and Lipsa Barik also lauded the initiative saying that it would not only help in retaining the lost greenery, but also help control climate change worries as local weather conditions also influence global systems and vice versa.

The citizens should know that the city is theirs and they have to take green initiatives to make it clean and green. We hope that people will adopt the suggestions of the civic body and use gifts with less or zero waste generation potential, Mr. Chaudhary signed off.

Swachh Survekshan 2020 Gets Underway, Here Is How Cities Will Be Assessed This Year