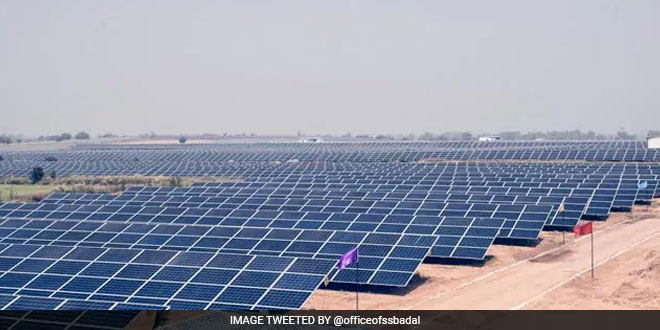 New Delhi: The National Green Tribunal (NGT) has expressed concern over lack of policy or rules with regard to disposal of solar panels containing antimony which is a toxic chemical element widely used for coating solar modules and panels. NGT has sought a minimum time schedule required for the purpose. A bench headed by Justice Raghuvendra S Rathore asked the counsel appearing for the Ministry of New and Renewable Energy, Ministry of Environment and Forests and other parties to seek instructions on the issue and appraise it about the time needed to come out with such rules.

It is an undisputed fact that neither any policy nor rules are in existence with regard to disposal of antimony-coated solar panels. We direct the respective counsels to seek instructions on the issue and in case the exercise is now to be done, the minimum time schedule which will be required.

The matter is listed for next hearing on February 4. Solar panels (also known as PV panels) are used to convert sunlight into electricity. The tribunal was hearing a plea filed by advocate Niharika, seeking a ban on the manufacture, use and import of solar panels containing antimony.

The lawyer said with increasing use of solar modules and panels under the National Solar Mission, the unscientific disposal of antimony posed several problems for the environment. The petition had claimed that antimony was at present being dumped in landfill sites along the solar panels which were crushed after use.

It had sought a direction to the Central Pollution Control Board (CPCB) to amend the E-Waste Rules, 2016 and bring antimony within the scope of Rules 16 pertaining to hazardous substances. The plea said the CPCB should pass a direction to permit import of only those solar modules that do not contain antimony.