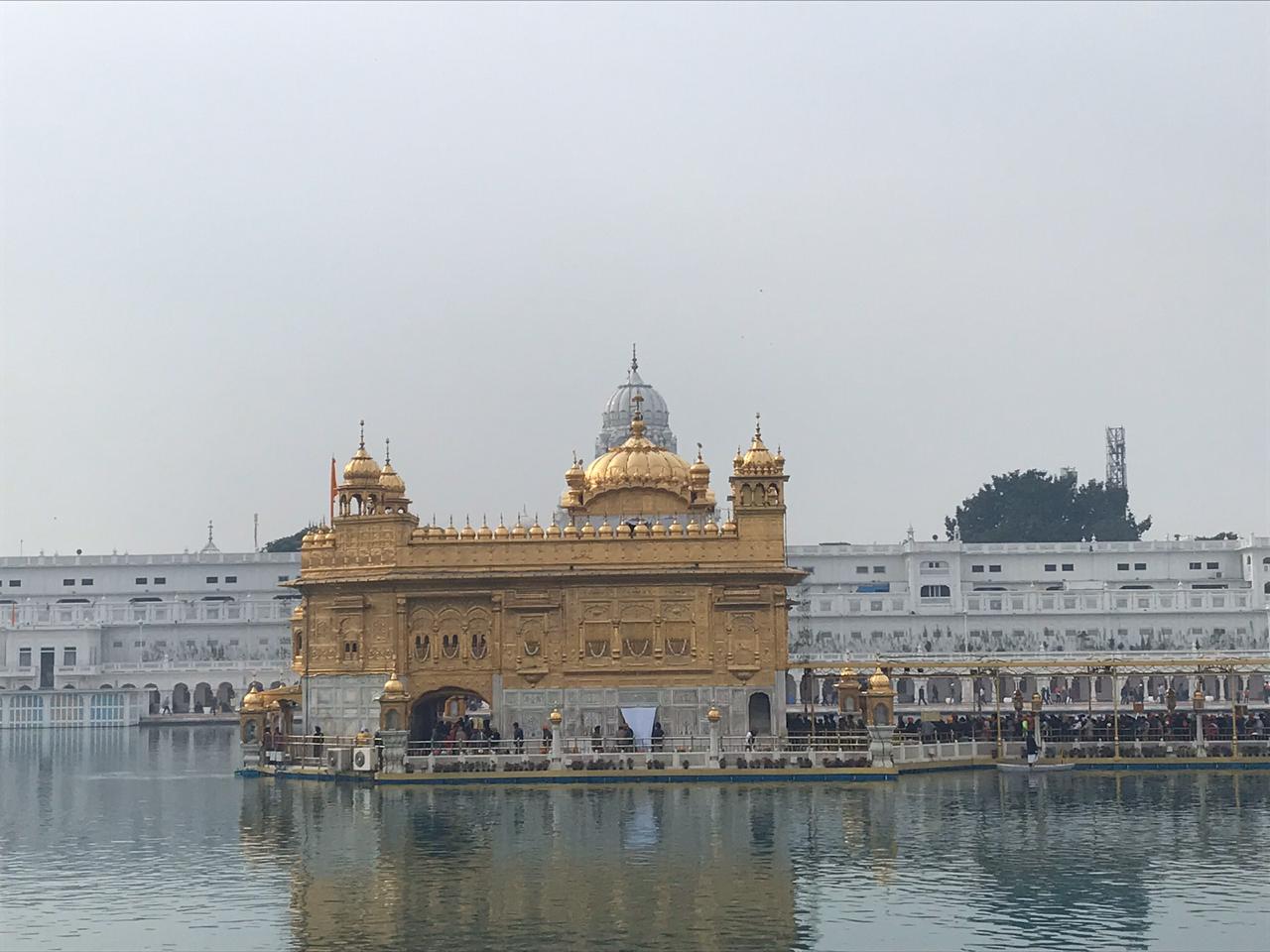 New Delhi: It is hard to pass the Heritage Street, a nearly 500 metres walkway leading to the legendary Golden Temple, without noticing the eight-foot-tall red booths situated in every 10 metres. These booths are put to manage single-use plastic waste and are basically plastic bottle crusher machines, wherein one puts the empty plastic water bottle for recycling and in return gets rewarded. Last year, under Amritsar’s Municipal Corporation Smart City initiative around 10 plastic bottle crusher machines on Heritage Street near Golden Temple were put up, each worth Rs 5 lakh, with a scheme – ‘Throw plastic bottles, save cash’, in which if a user deposits a plastic bottle then he/she will be rewarded with a 10-20% discount on food and shopping stores ON the Heritage Street.

But the ground reality was different…Mostly all the machines put up were vacant and people preferred throwing bottles into the dustbins.

It’s hard to not notice these machines which somewhat looks like London’s famous red telephone booths. When I went near one to know what these are actually, I was amazed to know the answer. These were plastic bottle crusher machines. I had never seen one back in my hometown, for me, it was new and I was happy to know that this tourist-friendly city was doing its bit towards managing waste. But as soon as I tried the machine, I was left disappointed. The machines situated wasn’t working and were off, I tried using three of the machines.

I tried using the machine but operating it was a task. The touch screen is not very visible in the day-time, I wasted around 10 minutes to deposit one bottle and also did not get any reward in return which the machine offers in reality. 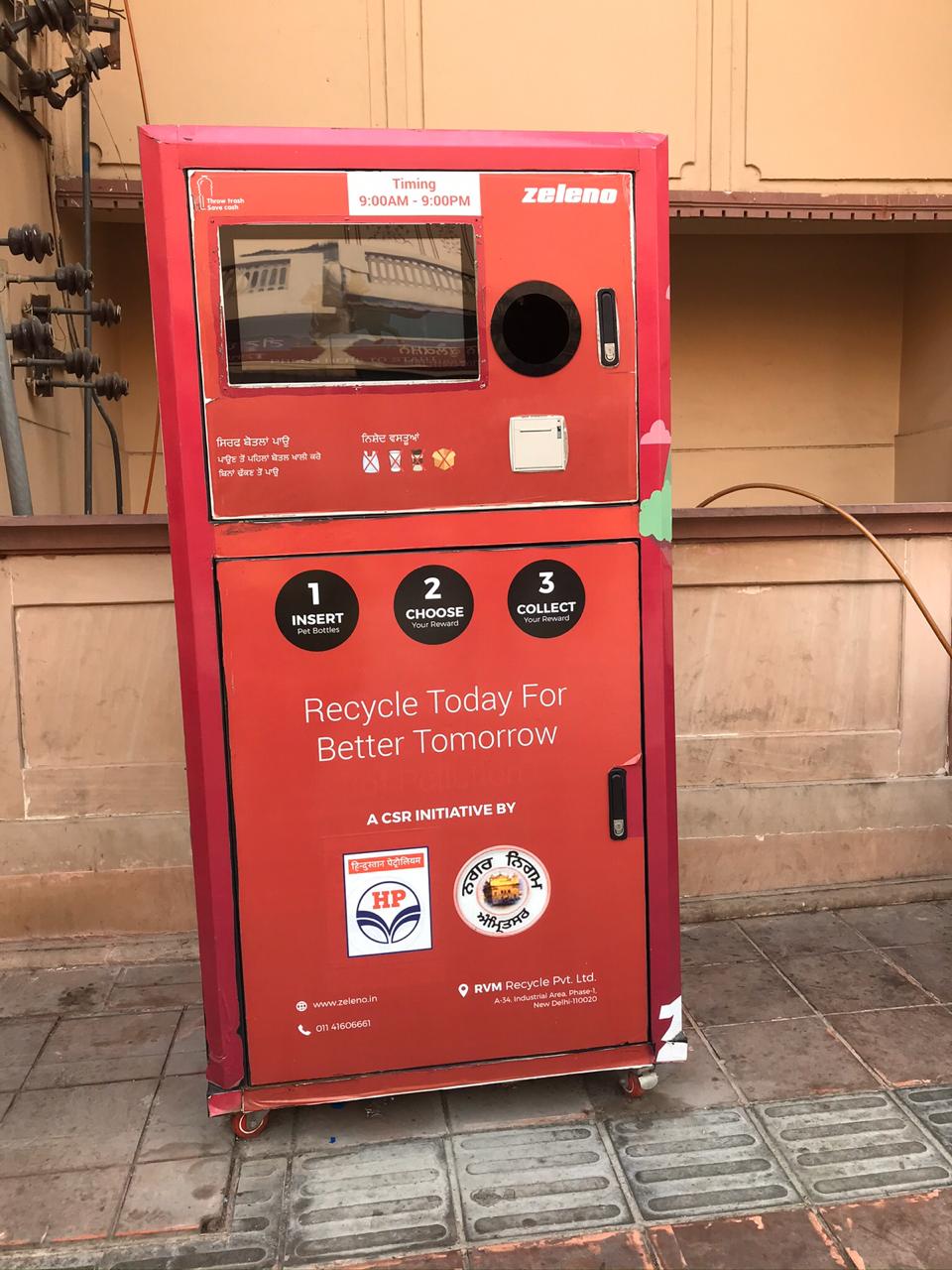 The shopkeeper of the Jutis & Mojaris shop situated on the Heritage Street added,

Last year, in July these machines were put up on this street to manage plastic waste by the municipal corporation. The plan was to make the area around the Golden Temple plastic-free as inside the temple also many steps were taken to avoid the use of plastic. But, since the time it has been installed, I have hardly seen anyone coming to use these bottle crusher machines. The municipal corporation has simply installed these machines. People come near the machine, inspect and go away. I think awareness is an issue.

Sonu Singh, an auto driver and a resident of Amritsar adds,

I come to Golden Temple daily, sometimes, twice in a day, as I bring tourists along for the darshan, I often have been asked about these machines, but mostly I get one response that these machines don’t work. The problem is that not many here know what purpose these machines serve, I also did not know until last month when I decided to finally go near one and know what these are for. The message on the machine is written in English alone, in the Punjabi language in very small font, the message says don’t throw glasses, polythene etc. I think this can also be a problem because of which these machines are not very popular here.

NDTV also spoke with Mayor of Amritsar, Karamjit Singh Rintu to understand the issues with the initiative taken by the corporation, he added, “Last year, when we installed these machines, we could not publicise it properly. Not many people in the city, even the tourists are aware till date, we agree. We have divided this initiative in few parts, one step of the installation has been completed, this year, we plan to take another step and make public aware so more and more of these can be put to good use. We are also in the process of launching a tourist app in which details of these machines will also be put up so that we cater to more public.”

On the other hand, inside the Golden Temple use of plastic bags for Prasad has been stopped. The Shiromani Gurdwara Parbandhak Committee (SGPC) has introduced eco-friendly compostable carry bags to take away the ‘ karah parshad’ at the Golden Temple.