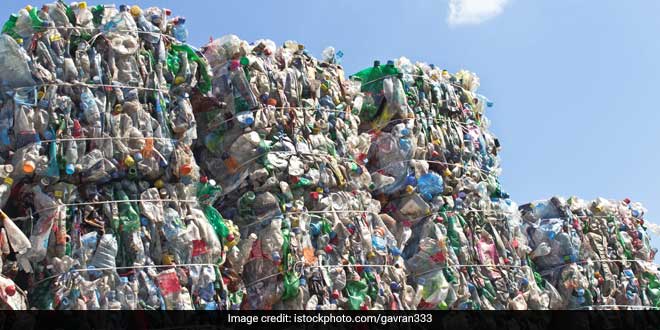 Mumbai: Setting a new Guinness World Record for the largest number of plastic bottles collected in eight hours for recycling, Costa Rica in Central America beat India’s record in December 2018. In 2015 India’s plastics company Bisleri International Pvt. Ltd had set a record by recycling close to 24,000 kilos (23,538.90) of plastic bottles in eight hours. The authorities of the record book reviewed, validated and conferred the title last week. Ecolones, the company that had organised the drive shared the news on their Instagram handle on January 30.

“Costa Rica managed to establish a new title of Guinness World Records for the largest number of plastic bottles to recycle in 8 hours,” the company wrote.

A total of 30,162 kilo of plastic bottles were recycled in Belen, Heredia, Costa Rica in the drive that took place from 7 AM to 3 PM. More than two-dozen companies donated bottles to help achieve the record. Besides companies, the bottles were collected from educational institutions, plastic collection centres and business parks. The plastic bottles collected during the event was recycled by the company Fifco.

Back when India set the record, as a part of their CSR activity, Bisleri had participated in the Swachh Bharat Abhiyan by recycling plastic bottles. On October 4, 2015, approximately 105 schools and over two lakh students along with their teachers and parents had participated in the drive. It had surpassed the Guinness world record of a school in America. The school had collected 13,408 kilos.

Plastic Bottles And The Unnerving Reality

Several reports have warned about the catastrophe associated with the world’s plastic use, especially plastic bottles. Globally, humans consume a million plastic bottles every minute according to the consumer market research company Euromonitor International. It is estimated that over half a trillion plastic bottles will be sold in or by  2020. Plastic bottles are commonly made from polyethylene terephthalate (PET).  They take approximately 400 years to decompose but are highly recyclable.

If anything is clear, it is that the demand of plastic is unlikely to be abated soon. The best way to avoid a crisis on plastic pollution is to recycle or repurpose the existing plastics around the world. And World Records like these can go a long way in highlighting the need for not only the countries but also the individuals to manage the waste scientifically.

Also Read: Soon Agra Will Have A Replica Of Taj Mahal, Only This Time It Will Be Made With Plastic, Polythene Waste