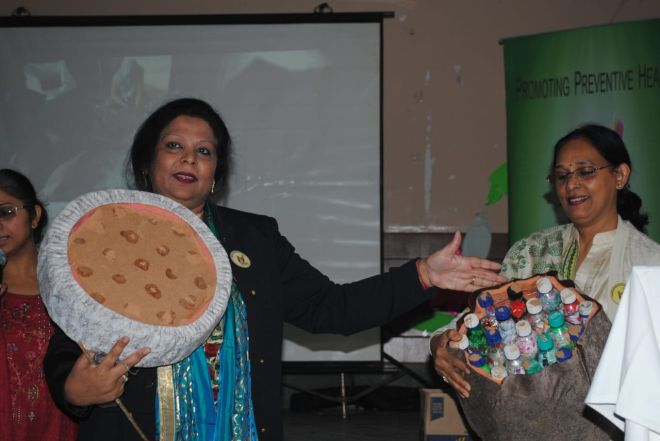 New Delhi: To draw attention to growing plastic and polythene waste in Agra city, the green activists have decided to build a replica of the iconic Taj Mahal, using plastic bottles and polythene waste. This initiative has been undertaken by an NGO Unfold Foundation, working to mobilise youth to work for better health and environment, and River Connect Campaign, a citizens’ movement to save the Yamuna. Highlighting the details of the initiative and its aim, Braj Khandelwal, Founder of River Connect Campaign said,

With this initiative, we hope to sensitise people of Agra about the issue of growing plastic waste and how individuals can help tackle plastic waste by either refusing or reusing it. The aim is to motivate people not to send the plastic items they are using in the rivers or landfills.

We aim to build the replica of the mighty Taj Mahal within six months’ time. The project has been divided into two parts – first part of the project is being undertaken by the Unfold Foundation, wherein they will build eco-bricks for building the monument. The eco-bricks will be made using plastic bottles, polythene and gutka pouches waste that will together be sealed to form a brick. Simultaneously, we will also be educating people of the city to help us by depositing plastic bottles that will help us create Taj Mahal filled with other types of plastic waste. The second part of the project will be the assemblage of the monument which will be handled by the River Connect Campaign, along with the awareness and education camps that will help guide the citizens how they can in future help reduce the plastic waste. 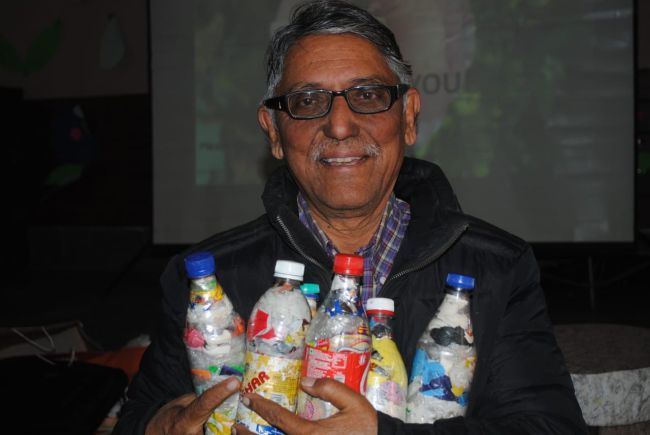 The aim of this initiative is to sensitise people about the growing problem of plastic waste in the city and the country. The campaign will ask people of the city to deposit plastic bottles with them and using it a replica of Taj Mahal will be made

The plastic-based Taj Mahal will be built in Agra’s Etmauddaula viewpoint park. Talking about the campaign, Dr Meeta Kulshreshtha, a coordinator of the Unfold Foundation said,

Eco-bricks is basically plastic bottles filled with all sorts of plastic waste sealed together. Because of plastics’ rock-solid nature, these eco-bricks are good enough to last for 500 years. If one person gives us one bottle filled with waste material, we will have 20 lakh such eco-bricks to build any solid structure in one years’ time. Through this prototype of the replica of Taj Mahal, we aim not only to make people aware about the problem of plastic and growing issue of plastic waste but will also build a case in front of authorities on how they can start using plastic waste in innovative ways.

How Plastic Is Killing The Planet

Plastic waste management is not just a problem for Agra alone but the entire nation. The initiative taken up by the green volunteers will not just help make people of the city aware of the crisis but will also pass on a strong message to the rest of the country.

Currently, the situation of plastic waste management is in such a mess that there are more than 5 trillion pieces of plastic floating in the world’s oceans. To give you an idea, it is an amount that is equal to an area the size of Argentina. Yes, that’s right!

The problem of plastic pollution is so huge that it is killing nearly one million birds, and 100,000 whales, sharks, seals, dolphins and turtles every single year. Experts say if we continue to use plastic at this rate then by 2050 there will be more plastic than fishes in our water bodies.