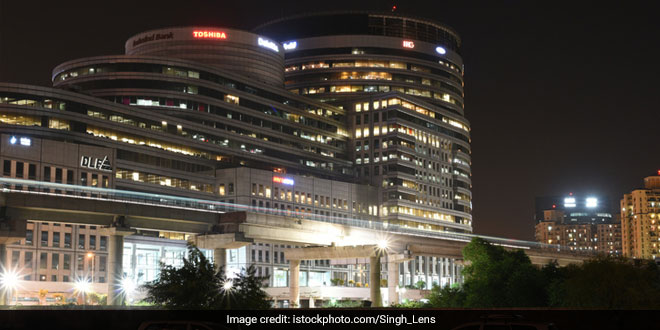 Gurugram, also part of the National Capital Region (NCR), topped the list despite improvement in its air quality as compared to the report from 2017. The latest data compiled in the IQAir AirVisual – ‘2018 World Air Quality Report’ and ‘World’s Most Polluted Cities’ ranking, prepared with Greenpeace Southeast Asia, highlights a widespread but unequal distribution of the particulate matter less than 2.5 micron in size (PM2.5) in 2018.

Air pollution steals our livelihoods and our futures but we can change that. In addition to human lives lost, there’s an estimated global cost of 225 billion dollars in lost labour, and trillions in medical costs. This has enormous impacts, on our health and on our wallets. We want this report to make people think about the air we breathe, because when we understand the impacts of air quality on our lives, we will act to protect what’s most important.

According to the report, the common contributors for the high levels of PM 2.5 in Gurugram include vehicle exhaust, open crop and biomass burning, industrial emissions and coal combustion.

The 2018 World Air Quality Report is based on the review, compilation and validation of data from tens of thousands of air quality monitoring stations around the world. Now everyone with a cellphone has free access to this data via the AirVisual platform. This has also created demand for air quality monitoring in cities or regions where no public data is available. Communities and organizations from California to Kabul are supplementing governmental monitoring efforts with their own low cost air quality monitoring networks, and are giving everyone access to more hyper-local information.

IQAir AirVisual 2018 World Air Quality Report is a reminder to us, indicating that our efforts and actions to reduce the invisible killer – air pollution are not enough, and we need to do much more than already planned and done. If we want India to breathe clean air, it’s high time that our plans such as National Clean Air Programme, Graded Response Action Plan, Clean Air Programme become much more stringent, aggressive, legally binding and most of all implementable at ground rather than being just used a political statement without much happening at ground.

Ms. Sen concluded by citing Beijing as well as numerous cities in Europe and US as examples that India can follow, to ensure improvement in its air quality. Ms. Sen asserts that India has enough of research and studies suggesting the way ahead towards a breathable India, but questions the political will to aggressively fight the health emergency India faces today.