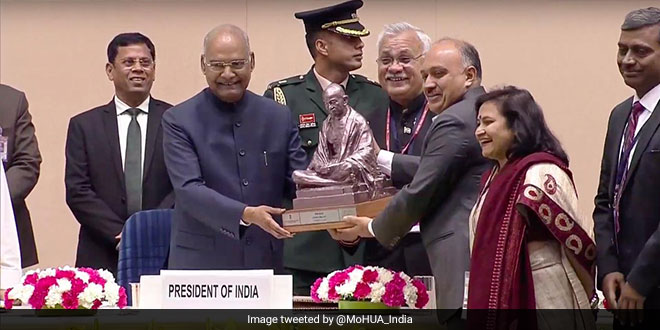 New Delhi: New Delhi Municipal Council (NDMC), touted as one of the best urban local bodies out of the four municipalities of the national capital Delhi, it was adjudged as ‘India’s Cleanest City’ among small cities (population between one and three lakh). The results of what government claims to be the world’s largest survey – Swachh Survekshan 2019 were announced and winners were awarded by the government by President Ram Nath Kovind, the Minister of Housing and Urban Affairs Hardeep Singh Puri and Secretary, Ministry of Housing and Urban Affairs, Durga Shanker Mishra. NDMC Chairman Naresh Kumar and Secretary Rashmi Singh received the award from President of India on behalf of the ‘smart citizens’ and thanked its citizens for making ’smart city’ NDMC win this award.

Also Read: Swachh Survekshan 2019: Indore Is India’s Cleanest City For The Third Year In A Row

NDMC has always managed to be in the top 10 of the Swachh Survekshan, a pan India exercise which assesses and ranks the cities on the basis of cleanliness. In January 2016, first ever Swachh Survekshan that covered mere 73 cities, NDMC grabbed the fourth position. But in Swachh Survekshan 2017, which covered 434 cities, NDMC’s rank slipped to seventh and later in 2018, NDMC emerged as fourth cleanest city among 4203 cities competing.

This year 4,237 towns and cities and 62 Cantonment Boards were assessed and we managed to get the fifth position along with the title of India’s Cleanest Small City. It feels great to achieve the cleanest city get and it has been possible because of the efforts of both citizens and the council, says Dr Shakuntala Srivastava, Chief Medical Officer (Coordination), NDMC, while speaking to NDTV.

Paying attention to the waste management, the NDMC has successfully implemented 100 per cent door to door waste collection and segregation in all residential and commercial areas. Talking about the same, Dr Shakuntala says,

We have implemented 100 per cent scientific disposal of collected waste. While the dry waste goes to the waste to energy plant in Okhla, capable of handling 240 metric tonnes (MT) of waste per day, wet waste is composted and horticulture waste in managed separately.

For management of horticulture waste, NDMC has 118 compost pits developed at 36 different parks and gardens in the NDMC area. This way, about 902.68 MT of compost is generated annually which is 10 per cent more than last year. 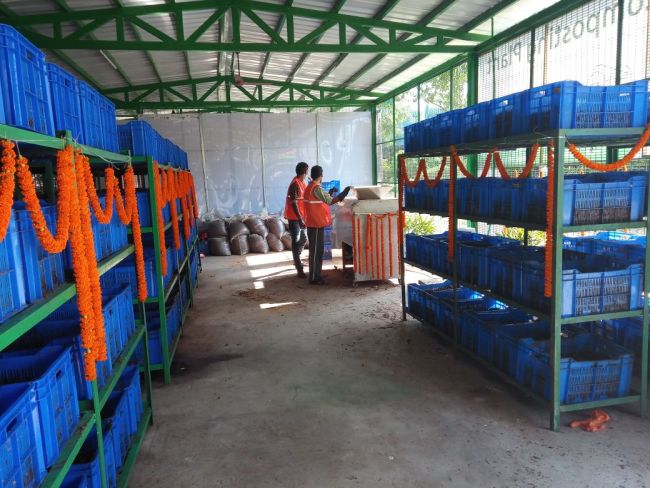 We have a bio gas plant at Laxmi Bai Nagar which is generating 40 cubic meter of bio gas and that is being supplied to the kitchen of Indira Niketan Hostel. The bio gas almost meet their fuel need, says Dr Shakuntala.

We have just started the process of bin less city and that is why we didn’t manage to achieve seven stars but the work is in progress, says Dr Shakuntala. 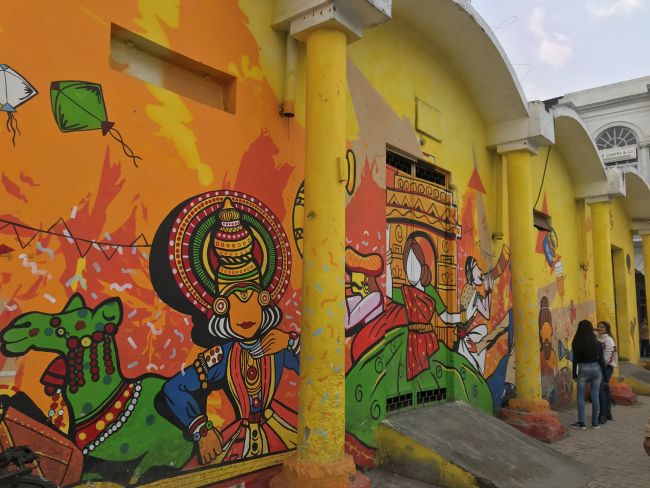 To ensure roads are cleaned all the time, NDMC introduced night sweeping in all commercial and public areas. Seven mechanical road sweepers have been deployed to carry out wet sweeping on a stretch of 210 km, daily.

Not Just ODF But ODF++

In the year 2014, when Swachh Bharat Abhiyan was launched, 245 public and community toilets existed in the NDMC area. With change in strategy and planning, the number of toilets not only rose to 342 (304 public toilet units and 38 community toilet units), but NDMC got high-end public, community and smart toilets and got ODF tag from QCI in 2016.

NDMC introduced the concept of smart toilets – equipped with sanitary napkin vending machine, incinerators, water ATM, bank ATM, snack vending machine and digital clinic where people can get immediate first aid, and get their blood pressure and glucose level checked. All the toilets are geo-tagged and connected to sewers.

After ODF, the local body attained ODF+ and ODF++ tag. While ODF+ focuses on sustaining community and public toilet usage by ensuring their functionality, cleanliness and maintenance, ODF Plus Plus centers around achieving sanitation sustainability by addressing complete sanitation value chain, including safe containment, processing and disposal of fecal sludge and septage.

Also Read: After Four Years Of Swachh Bharat Abhiyan, Is The National Capital Delhi ODF Only On Paper?

Gurugram Is The Most Polluted City In The World, 15 Of The Top 20 Polluted Cities Are Indian: Greenpeace Study