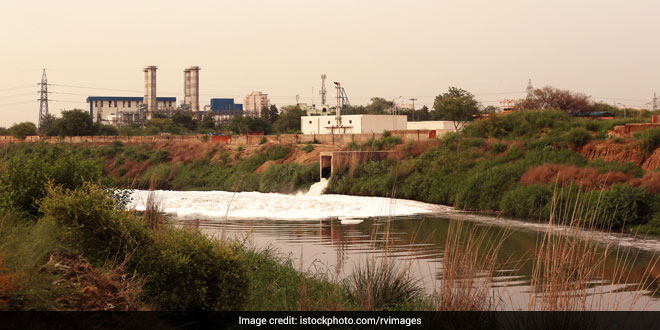 New Delhi: The Delhi High Court sought to know from the Centre and the AAP government whether the National Green Tribunal (NGT) order, directing closure of industries located in residential areas and discharging untreated toxic waste in drains leading to the river Yamuna, was being implemented. A bench of Acting Chief Justice Gita Mital and Justice C Hari Shankar posed the query to the governments’ counsel, who opposed a PIL for a direction to clean the river, which has a 22 km stretch in Delhi.

The counsel submitted before the court that the National Green Tribunal was seized of the issue and monitoring it. This prompted the bench to ask whether the NGT order has been complied with or not.

What are your (governments) efforts? Have you complied it at the ground level, the bench observed, adding that why was a situation being created for a court to monitor the issue.

It listed the matter for September 13, by when it has asked advocate Anupam Tripathi, who filed the PIL, to find out whether a similar issue was pending before the NGT.

The advocate in his plea alleged that the 22 km stretch of the Yamuna has been declared ecologically dead.

The plea alleged that around Rs 6,500 crore has been spent for the revival of the river but the money has gone down the drain due to the “callous” approach of the authorities.

That the Central Pollution Control Board in its report on the water quality status of Yamuna stated that there are 21 major drains in National Capital Territory (NCT)-Delhi, out of which 18 join Yamuna that pour untreated sewage into the river … (this has) literally grappled with all the living forms and has deprived the Yamuna of every possible life that it used to sustain, it said.

The Yamuna, which used to be home to various species like Ghariyal, Mugger Crocodile, Checkered Snakes, Indian soft shell turtles and dolphins, are nowhere seen now “due to the impossibility of sustenance of any marine life form in such a polluted water body”.

The 22 km stretch has been declared ecologically dead. For more than three decades, the Delhi Government as well as the Central Government has taken several steps to revive the dying river, yet it has brought about no success.

The quality of water of the 22 km stretch still remains highly polluted with absolutely no improvement in its water quality. It has been dying a slow and a painful death, the plea added.

Mr Tripathi has also sought directions to the authorities to levy hefty fine on the defaulters who defy the directions and continue to pollute the river.

Also Read: National Green Tribunal Imposes A Fine Of Rs. 10 Lakh On Mathura Cantonment Board For Causing Pollution In Yamuna

For A Clean And Green Air, Scientists Create Fuel From Methane Using Oxygen