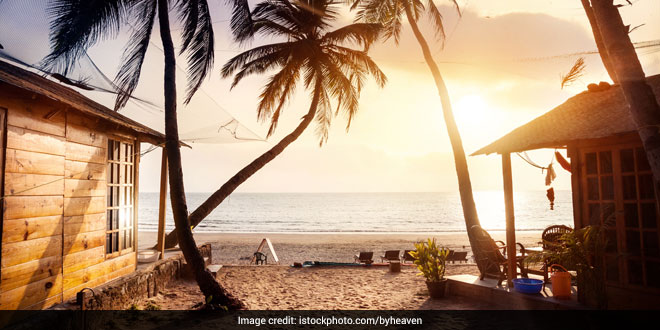 New Delhi: It was Goa’s New Year resolution last year (2018) to make the state free from the use of plastic by 2022. In a bid to achieve this target, this year the state government, decided to ban the use of single-use-plastic such as straws, disposable glasses, bags and cutlery from September in the state. In keeping with this decision the Goa Tourism Development Corporation (GTDC) has announced the elimination of single-use-plastic items like bottles, cups, glasses to name a few from its headquarters and hotels on an immediate basis.

Dayanand Sopte, Chairman of GTDC said, “This decision of eliminating plastic items across the state will go long way in contributing towards a cleaner and greener Goa. Growing plastic waste is a major cause of concern for all the states in India and it becomes our duty to come up with solutions. Plastic bottles are amongst the major plastic items used in the tourism industry and they alone contribute to over 20 per cent of plastic pollution in the oceans. To put a stop on plastic pollution we have taken this decision.”

In accordance with the decision, water, tea, coffee etc. will now be served in paper cups, glasses. Water dispensers, water filters will be installed at the tourism head office and the corporation acquired hotels so that the use of plastic PET bottles can be eliminated.

We at GTDC have taken on this campaign from the head office first and all our residencies will execute this within the next three months so that we can play a significant role in the endeavour to conserve the environment. This decision of banning use of single-use-plastic items will help towards creating an environmentally sustainable tourism sector, added Mr Sopte.

He further said, “On achieving this, we will rope in the tourism stakeholders and other partners in the hospitality sector to be part of the large campaign against the use of plastic bottles and plastic items.”

Apart from making state plastic-free, the government is also giving emphasis on making Goa a cleaner state. During the state’s 32nd Statehood Day on May 30, Chief Minister Dr. Pramod Sawant launched an awareness campaign ‘Clean Goa Green Goa’ to encourage citizens to segregate waste at source and to convert their waste into compost which can be used as fertilizer. Chief Minister Sawant also took a pledge to treat all the wet waste generated in his home and said that along with him, his government will make sure to manage the city’s waste effectively.

To Mark Five Years Of Swachh Bharat Abhiyan On October 2, A Unique Jog And Clean Activity To Cover 50 Cities