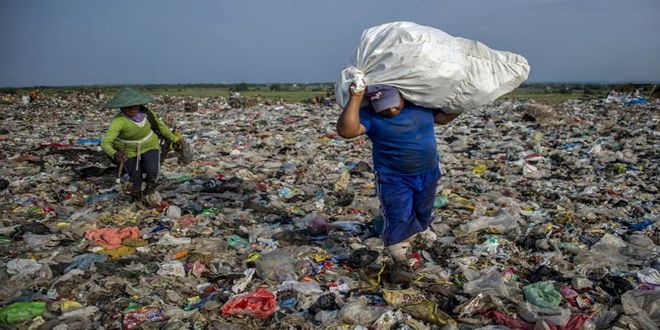 New Delhi: During the announcement of Union Budget 2019, Finance Minister Nirmala Sitharaman had also hinted at the government’s plan to expand the ongoing Swachh Bharat Abhiyan’s focus from the construction of toilets to sustainable solid waste management by constructing waste to energy plants in every village. Keeping in line with the FM’s vision, Minister of Haryana for Jal Shakti, Rattan Lal Kataria on July 13 launched an advisory document on ‘ODF Plus’ – aimed at strengthening waste management in villages.

The outputs expected by the Central government from the rural ODF Plus scheme include access to arrangements for solid and liquid waste management, minimise litter and stagnation of wastewater, and ensuring household toilet usage.

Parameswaran Iyer, Secretary, Department of Drinking Water and Sanitation, Ministry of Jal Shakti, stressed on the necessity of waste management in India, he said at the launch of ODF Plus in Delhi,

Sustaining the momentum attained through ODF will be our focus and something that we will together work towards. We aim to scale up Solid and Liquid Waste Management with special focus on greywater management.

Ms. Swati Singh Sambyal, Head – Environmental Governance on Waste Management at Centre For Science And Environment lauded the ODF Plus initiative as she told NDTV,

This is good news, looking forward to an integrated decentralised approach to manage waste (solid waste and plastics), greywater and faecal sludge through ODF Plus. In coming times, where villages are becoming urbanised, there is a need to look into all these areas together.

Explaining about the fund management for the ODF Plus project for Swachh Bharat Abhiyan Grameen, Mr. Parameswaran Iyer had earlier noted,

The funding for the programme will be from Swachh Bharat Abhiyan budget and from each state government’s budget.

The ODF Plus scheme is expected to streamline waste management in rural areas in an effective manner; however the allocation of the budget for Swachh Bharat Abhiyan has been cut by 25 per cent in this financial year.

A top ministry official has maintained that the scheme is now to be undertaken on a back-end mission of solid waste management under a cluster system.

Swachh Bharat is now almost ending. It has reached the final stage and only 10 per cent of work is there. A lot of money was required in construction of 9.6 crore toilets that have been constructed across the nation in last five years. Now back-end work is to be done, which is solid waste management. This will be a cluster type of a thing, which cannot be done individually, unlike the toilet construction, and that also has been factored in the expenditure. There is a gradual decrease in allocation on that, Girish Chandra Murmu, Expenditure Secretary told IANS.

With the passage of each year of the Swachh Bharat Abhiyan, critics and experts have repeatedly pointed out that while the Swachh Bharat Mission had an important goal in mind, the question of what to do with the waste accumulated, has never been sufficiently answered. So far, India had largely been relying on the informal sector for waste management.

Ms. Sitharaman, discussing about the government’s plan to undertake waste management, in her budget speech had announced,

More than 5.6 lakh villages have become ODF, we have to build on this success. We must not only sustain the behavioural change seen in people but also harness the latest technologies available to transform waste into energy.

Ms. Sambyal explained why the shift of focus towards waste management in rural areas is the ideal way to sustain the Swachh Bharat Abhiyan but pointed out a few concerns. She said,

There is a need for sustainable waste management, however, on the reference to waste to energy plants in the FM’s budget speech, if it is waste to biogas, which does make sense in a rural scenario, this is good news as it is an age old technology used in rural India to use waste cow dung, sludge and biodegradable waste to fuel houses. However, this can be misunderstood I hope by waste to energy plants, the government does not mean putting in small scale incinerators in villages to manage waste – that would be a disaster and a step in the wrong direction. So, that definitely needs to be specified.

When it comes to the reduction in the allocation of the budget, Ms. Sambyal said,

Considering, there is yet a lot to do on the waste management front in the country – the challenge of scale of this gargantuan problem, the change of composition of waste due to our changing consumption patterns and the need for sustainable ways to process waste by ensuring systems on the ground are strengthened – I feel the funds allocated to Swachh Bharat Abhiyan in this financial year wouldn’t be enough, she signed off.