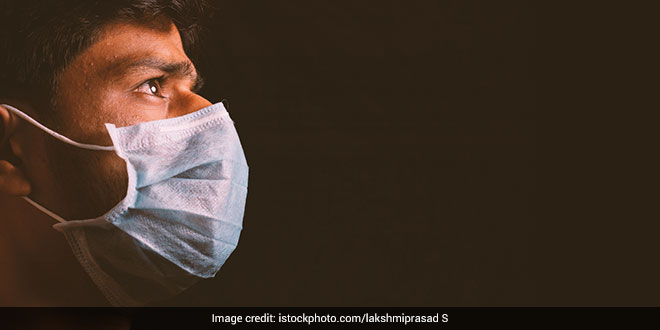 New Delhi: In 2009, the world witnessed a pandemic caused by the H1N1 virus, better knows as the swine flu. It’s called swine flu because in the past, the people who caught it had direct contact with pigs. That changed several years ago, when a new virus emerged that spread among people who hadn’t been near pigs. Symptoms of swine flu include fever, cough, sore throat, chills, weakness and body aches. Children, pregnant women and the elderly are at risk from severe infection.

The flu however, reached a post-pandemic phase in 2010, when the World Health Organization announced that the virus will continue as seasonal influenza virus.

This meant that the H1N1 cases and localised outbreaks of varying magnitude were expected post-2009 pandemic period. The organisation recommended monitoring and surveillance of the cases of H1N1 in the coming years to avoid another major outbreak. However, India saw a significant swine flu outbreak in 2015, with nearly 30,000 confirmed cases and almost 3000 deaths by March, 2015, according to the Ministry of Health and Family Welfare data. The worst affected states were Rajasthan, Gujarat and Delhi.

Also Read: Coronavirus Outbreak Explained: What Are The Four Types Of Vaccines Being Worked On To Fight Coronavirus?

According to health researchers at the Massachusetts Institute for Technology, the outbreak was a result of poor surveillance of the existing cases of swine flu at the time. The outbreak did not appear with any new case as there were on going cases in the country ever since the first case was reported during the 2009 swine flu pandemic. 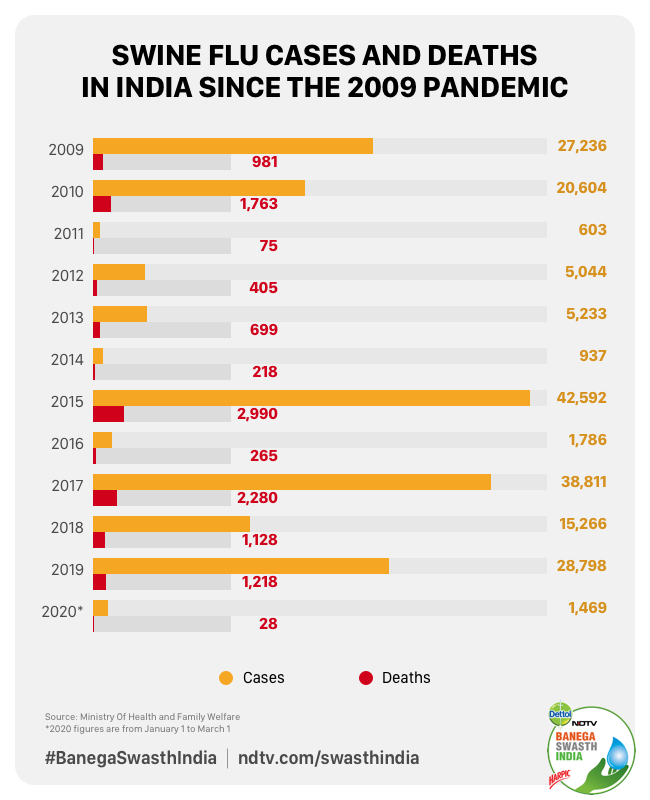 An expert from the Indian Council of Medical Research told NDTV that every year, there was a rise in number of cases and deaths during winter as temperature affects virus.

The cases were reported throughout the year with bi-modal peaks in rainy season (July-August), and winter-spring season (December-February). During 2014–15 winter, there was a spurt in cases at the end 2014 and by 2015, the outbreak became widespread through India which claimed 3000 lives, he explained.

Also Read: Coronavirus Outbreak Explained: What Is The Difference Between Pandemic And Epidemic?

India’s Response To The H1N1 Outbreak

Government of India, amid the outbreak in 2015, issued guidelines suggesting people to social distance themselves as once a person is infected with the H1N1 virus, treatment options are limited.

As the country reported about 30,000 cases, pharmacies were facing a shortage in the medicine used to treat the swine flu, oseltamivir or Tamiflu, as it was not easily available due to high demand. Not all pharmacies were licensed to sell these drugs either.

The Ministry of Health and family Welfare also issued a list of pharmacies and outlets in 36 states and union territories that were licensed to sell the drug, the ICMR expert told NDTV.

People who believe they may have been infected with swine flu were being told to stay home, wash their hands well and often, cover their mouth when they sneeze or cough, avoid crowds or exposing other members of their household, he added.

The WHO in April said that COVID-19 is at least ten times deadlier Swine Flu and the ICMR expert asserted the same. He said,

Two major reasons why the country was able to control the spread of Swine flu in 2015 was firstly the weather conditions. High temperature in India played a role slowing down the increasing cases of H1N1 and along with the preventive measure as mentioned before, in place we were able to control it by May 2015. Secondly, since the entire world had already dealt with the virus more than 5 years ago including us, we had a treatment as well as vaccination available to control it.

Expert says while the 2015 swine flu outbreak was declared over by May 2015, India like the rest of the world, witnesses swine flu cases on a seasonal bases, especially in winter. Due to a weak healthcare system of our country, we still record a high number of deaths due to the H1N1 virus.

Pregnancy In The Times Of A Pandemic: What Impact Can COVID-19 Have On Moms-To-Be And Babies