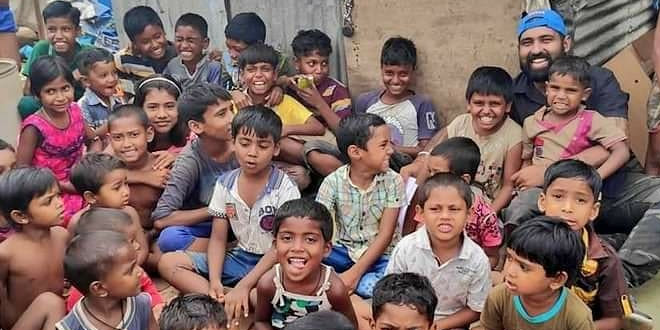 New Delhi: For 11-year-old Hritik Sanjay Paswan, the small lanes of Gorai, an unauthorised slum area in Thane is his whole world. Even though the surroundings are filled with mounds of garbage and devoid of basic amenities like drinking water and electricity, Hritik, who idolises Bollywood Actor Hritik Roshan says that he wants to become a ‘strong soldier’ and serve the nation. However, being born in a family that struggles every day to makes its ends meet, becoming a soldier seemed like a distant dream until ‘Roti Ghar’, an initiative of young social activists to feed and pamper children in the slum areas, started operating in Gorai. As per Hritik, going to ‘Roti Ghar’ after school is the best part of his day where he not only gets to eat good food but also provided a chance to clarify doubts in his studies and homework and a chance to play and sing. 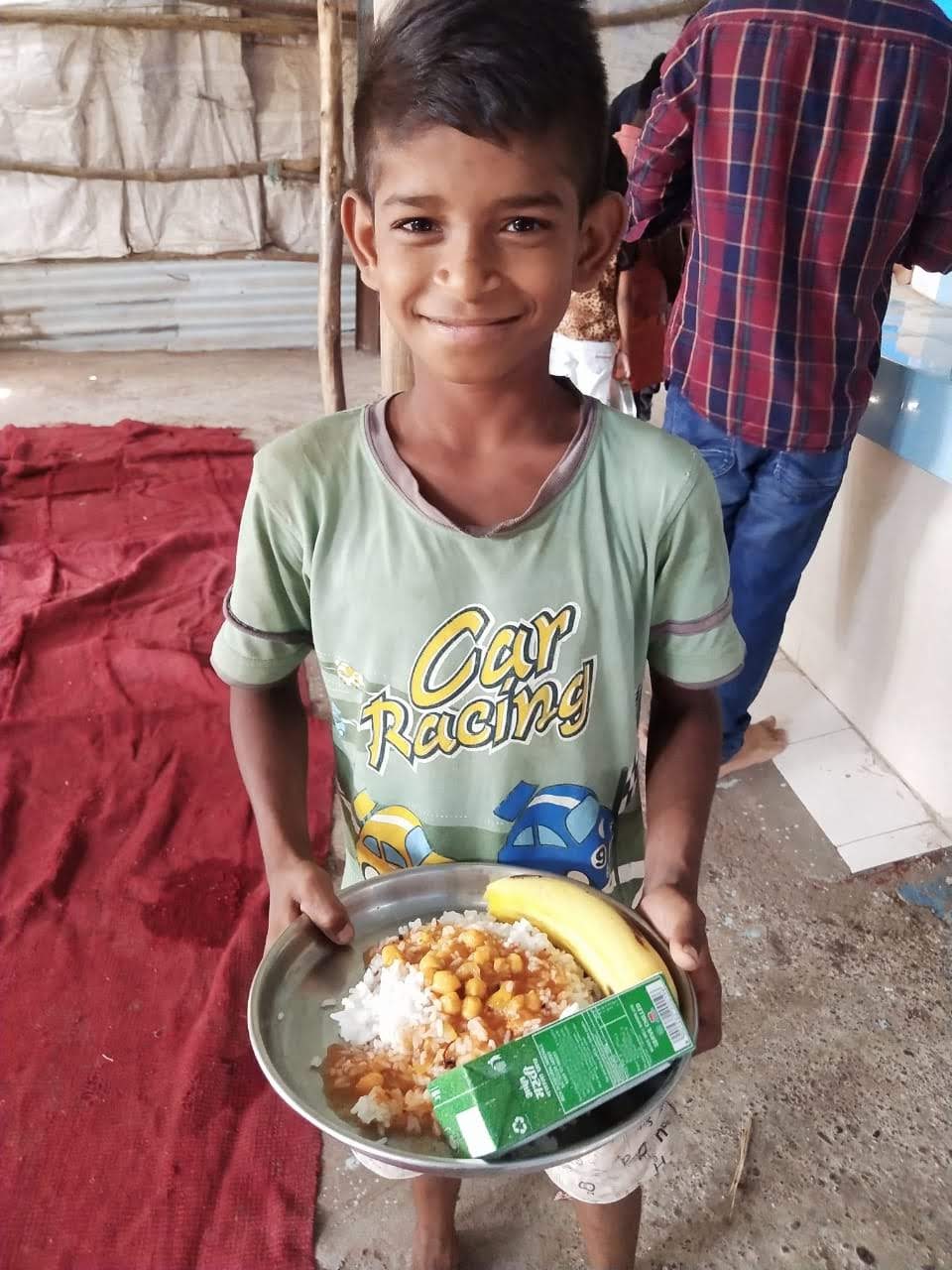 Started with 100 children in December 2017 by Khushiyaan Foundation, a Non- governmental organization run by Social Activist Chinu Kwatra, ‘Roti Ghar’ feeds more than 1,000 children per day from disadvantaged sections of the society across three states in India- Maharashtra, Odisha, and Karnataka. ‘Roti Ghar’ aims to fight hunger and malnutrition in the country and support children like Hritik to become healthier and help in the development of the children by mentoring them in their areas of interest.

While talking to NDTV about the initiative, Mr. Kwatra said,

I started thinking about starting ‘Roti Ghar’ when I saw that hunger was very much prevalent in the slums of Mumbai. There were instances where children lost lives to hunger. I used to hear about such instances even while growing up and so I decided to do something about it. So on December 5, 2017, I along with a few volunteers of my NGO, Khushiyaan Foundation, started this initiative.

Mr. Kwatra further said that the in Puri, along with the children, ‘Roti Ghar’ is providing food to a community of 50 households in a village who are extremely marginalised and lack basic amenities. He said,

In a village in Puri in Odisha, there are 50 untouchable families. We have adopted this community and established a community kitchen there. We have employed some women from the community to cook food for the children and the families from the raw-material provided by us.

‘Roti Ghar’ ensures that the food being provided to the children in freshly cooked, clean and nutritious. Mr. Kwatra said,

We have our own centralised kitchen monitored by my dad. I have seen at many places, restaurant owners distribute the leftover food among the underprivileged sections of the neighbourhood. But feeding stale leftover food to the kids who are already suffering from malnutrition does not help them at all. It rather deteriorates their health further. 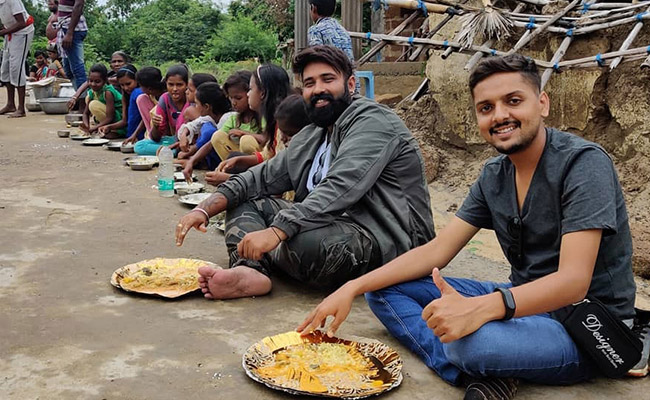 ‘Roti Ghar’ ensures that the food being provided to the children in freshly cooked, clean and nutritious

He said that nutrition is given prime importance while designing the menu for a week in consultation with a nutritionist. As per him, the meal usually comprises lentils, rice, chapatti and one vegetable. He added,

We frequently provide ‘cottage cheese’ in the meals for increasing protein content. On every Sunday we treat the kids with ‘misal pav’ and sweets. We also add eggs in the menu sometimes.

According to Karan Shah, the co-founder of ‘Roti Ghar’, an activity session is conducted every day before the meal is distributed. He said,

For me, ‘Roti Ghar’ is not just a project, it’s an emotion. Along with combating hunger in the slum areas that we have adopted, we plan a variety of activities to pamper them. The activities include games like football, cricket and ‘kabaddi’ and activities like drawing, dance and singing. Our volunteers also tutor them and help in their studies and we also hold sessions to mentor the kids to grow in skills in their areas of interest. 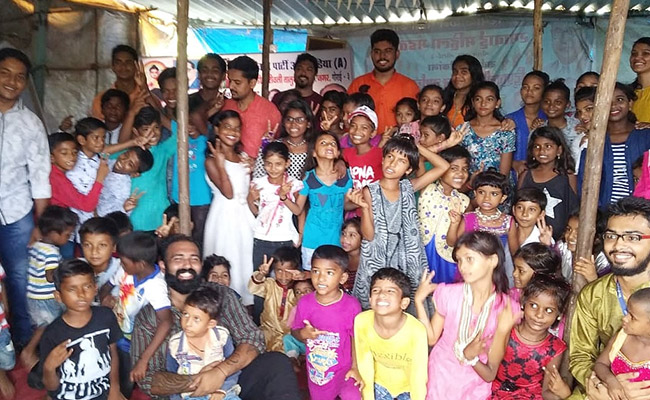 Supported by Ananta, a group of entrepreneurs, Ttms Xlnc Dil Se, Ammucare Charitable Trust, and another NGO called Helping Hand, ‘Roti Ghar’ aims to increase its coverage in other states, starting with Noida, Uttar Pradesh. Mr. Kwatra said that hunger is one of the biggest problems and hurdles in the development of India. While signing off, he said,

The recently launched Global Hunger Index 2019 has revealed the shocking state of ‘Hunger’ in our country. We stand at a very poor 102 out of 117 countries that were included in the index. We, especially the youth, will have to come together to change this state because a hungry nation cannot be a developed one. My only wish is to see my country gain the tag of a ‘developed nation’ in my lifetime.