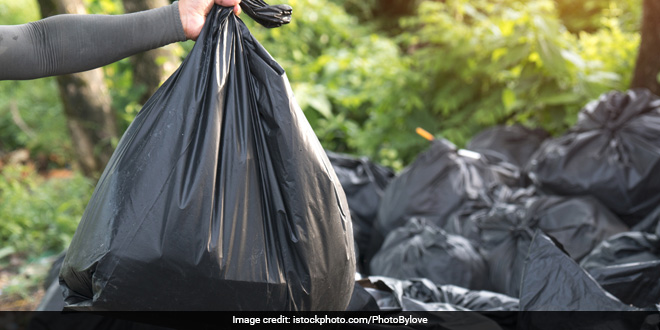 Mumbai: 24-year-old Joshua Raj, a resident of Hyderabad’s Bhagyalatha Colony tried to remember where he had seen the pink coloured plastic bottle and it was only after the a few minutes he realised it is the same bottle he had discarded in the morning on his way to work. Around 4-5 officials from Greater Hyderabad Municipal Corporation (GHMC) were exhibiting the pink bottle in a black coloured bag, among many other plastic items in the Bhagyalatha colony. Ashamed by his act, he approached the officials and took his bottle back to throw it in his house bin. While Joshua is one of the first people in the city to realise his mistake he definitely isn’t the last one.

The display of plastic items was a part of Hyderabad’s latest battle against plastic pollution. With an aim to mirror Hyderabad’s indiscriminate use plastic items and reckless dumping of plastic waste, the GHMC recently launched a ‘Black Bag’ campaign. Under this latest initiative, the civic officials first collect discarded plastics like bottles and polythenes and then prominently exhibit it in front of the citizens in colonies they reside in.

In addition to displaying the litter, the officials also tell people about the ill-effects of using plastic and connect them with organisations where they can procure plastic alternatives. All the sanitary workers, swachhagrahis, volunteers, Resident Welfare Associations (RWA) and elected representatives of the respective wards throughout GHMC are involved in the campaign.

The campaign’s motive is two fold – to clear plastic litter from roads and put forth the grim reality of mounting plastic crisis in our country. People don’t realise the consequences of using plastic items, especially the single-use ones. We have taken multiple steps in the past but it is hard to change the mindset and habit. The reason of displaying the waste is to make people accountable and tell them it is they who are harming the environment, says an official from GHMC.

On an average, the city generates upto 1,700 metric tonnes of waste per day of which 25 per cent comprise plastic waste, which is hazardous to the environment. Despite having enough local recycling companies in the city, majority of plastic waste ends up in landfills or on roads and in drains says the official.

Because people fail to segregate waste, it is difficult for the GHMC officials to filter the plastic waste thus allowing huge volumes of plastic to settle on landfills. The plastic litter caused by the citizens led to flooding problems last year during monsoons. Segregation is must and through this campaign we hope to send out this message, he adds.

The initiative has been rolled out across several parts of the city including Serilingampally, Saroornagar, Khairatabad, Secunderabad, Malkajgir. So far, the civic body has managed to collect over 700 kilos of plastic. The waste collected was sold to the local recycling units and the money received was given to NGOs and Self-Help Groups working towards building plastic alternatives.