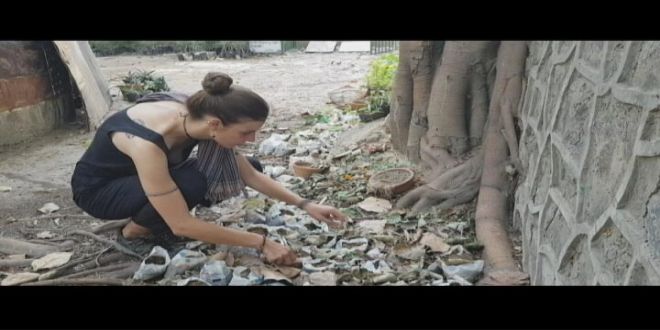 New Delhi: Delhi is one of the most populated and polluted cities in the world, but surprisingly enough it has the maximum forest cover in India, with 20% of its surface area, covered in self sustainable forests. As per the national forest policy, a metropolitan city is considered to have optimum forest cover, when at least 33% of its surface area is covered in sustainable forests, which means that Delhi still has a deficit of 13%.

In the last few years, Delhi has experienced dust storms and extremely bad air quality, be it winter or summer. This degradation of the air, and dangerous particulate matter in it, is often linked to the degradation and deforestation of the Aravalli ridge. This issue has not been resolved and another matter of concern has come into light which is the axing of over 16,500 trees in South Delhi, to construct government colonies and commercial areas. Though it has now been cancelled by Lt. Governor Anil Baijal on July 6. Given the current scenario of Delhi, with its horrible air and weak lungs in countless children, the decision of cutting down years old trees in the center of a city for developmental purposes is unacceptable.

While, most people are worried about the city’s growing deforestation, Environmentalist and founder of Swechha, Vimlendu Jha, achieved another milestone in his journey to make the world greener. Under Swechha’s campaign ‘Monsoon Wooding’, Vimlendu and his volunteers and supporters, have planted over a 1,000 trees in an abandoned park in Vasant Kunj, New Delhi. Today, the Airshed park is blooming with life, with a butterfly garden, a kitchen garden and a 400 meter long trail through the budding forest. The little eden is a natural space with a compost set up in the middle, for treating the fallen leaves and other discards of the trees. The compost is used for planting more trees and providing the mini forest with nutrients, completing the cycle of nature. 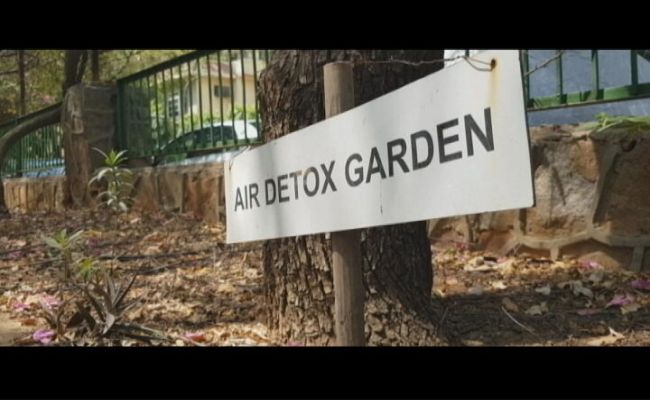 Interestingly, the forest hosts only native trees that complement the ecosystem of the area. These indigenous species like neem, belong to the soil and therefore do not burden the ecosystem with its presence, but instead helps regulate the climate and conditions in the forest. As per Vimlendu, land in Airshed Park is already facing land deficit due to overpopulation, hence the planting of non-native plants can result in degradation of the soil and overall ecosystem of the park. On the other hand native trees grow easily in the soil, and easily absorb water, without altering the natural ecosystem of the park.

It has taken Swechha 10 years to plant 1,000 trees at the Airshed Park, which accounts for 90 per cent of the green cover of the area in Vasant Kunj. In total the NGO has already planted 30,000 trees in Delhi-NCR. His experience of working with trees and nature, has taught him that no amount of afforestation can truly compensate for the devastation of deforestation. Its implications are long term, changing the soil and air around it. In fact, it is common knowledge that most afforestation efforts in the country have failed in achieving the appropriate standard of tree plantations. The success of a forest plantation depends not only on the planting of the saplings, but it is a long drawn process of nurturing the tiny saplings into majestic trees.

This particular park is a classic example of what you can do with plantation and how that has an impact. A park which had less than 5 per cent of green cover now has 90 per cent of the green cover. The idea is if we can transform one park, why can’t different other citizen groups transform other 17,999 parks, says Vilmlendu Jha.

Vimlendu believes, that if more people come together to plant trees and take responsibility of the trees in their areas, then Delhi can very easily increase its green and forest cover three folds in a matter of a decade. The campaign ‘Monsoon Wooding’ is testimony to his conviction in the strength of the public and nature.

15,000 Trees Planted In 40 Villages Of Maharashtra As Part Of Van Mahotsav