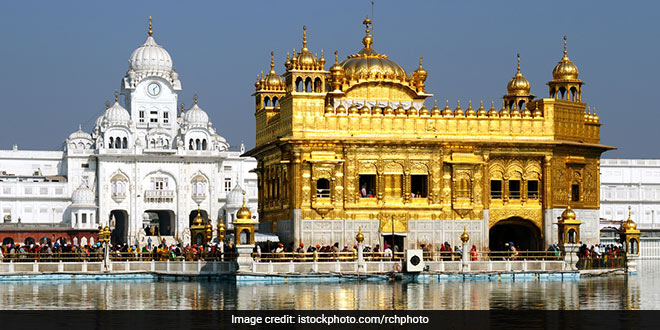 New Delhi: In places of devotion, the general lack of cleanliness and hygiene standards wherever you set foot is more than just an eyesore. Daily influx of people with generous offerings for the revered idols – flowers, milk, ghee, and more, often leaves the indelible trail in the premises and surroundings. Since the temple offerings are considered to be scared, it is not discarded along with regular garbage directly in the trash bins, and are mostly thrown into the local water bodies or river, thereby polluting the water and causing harm to the environment. According to Centre Of Science And Research, it is estimated that some 800 million tonnes of flowers, including roses and yellow marigolds, are offered across the temples, mosques and gurudwaras in the country. Floral waste accounts for 16 per cent of the pollution in the mighty river Ganga, and that’s the status of just one river.

Apart from flower waste, places of devotion account for the generation of a lot of single-use plastic waste in terms of plastic bottles, cups, plates, spoons and more, which is often simply discarded on the roads or the drains without proper disposal. To transform this dirty image, some of the places of worship are taking up steps and practical measures to clean-up their premises. Here are five holy spots in India that have set a successful example and have gone swachh:

Receiving over 1,20,000 devotees each day, and five crore per year, one of India’s well known devotional places – the Golden Temple has taken several steps to improve its cleanliness quotient. From curtailing the use of single-use plastic items such as disposable plates, glasses and spoons and switching to steel bowls for serving clean drinking water and steel plates for serving langar (food), Golden Temple is using compostable plastic bags made from potatoes and maize instead of normal plastic poly bags.

One of the 10 iconic places under the Swachh Bharat Abhiyan, the Golden Temple is also using solar energy to cook food in their community kitchen. And recently, the Shiromani Gurdwara Parbandhak Committee (SGPC) has announced switching to biogas, generated from vegetable waste as the clean fuel of choice to run its kitchen, which offers langars to more 60,000 people on a daily basis. The SGPC, which administers the gurdwaras across the country, has roped in Amritsar Municipal Corporation to set up the biogas plant within the gurudwara premises at a cost price of Rs 2 crore. This recent move by the gurudwara will serve the dual purpose – first, it will be a source of continuous economical fuel to ignite the round-the-clock kitchen of the shrine, secondly, it will put tonnes of leftover kitchen waste to good use.

This little-known mosque in Kerala has broken all stereotypes and has developed two acres of barren land of the mosque into a farmland using wastewater. The green initiative was spearheaded by the muazzin (prayer caller) – Sharafudheen Musliyar, who simply didn’t want to waste hundreds of gallons of water, discharged after the customary ablution performed by those going in to offer prayers.

As a first step, 40-year-old Sharafudheen set up a pit and then installed a pump to put the discharged water to effective use. The wastewater, which was transferred to the once-barren farmland has today transformed into a lush green farm where crops like plantain, tapioca, elephant foot yam and colocasia are being reaped in abundance. Last year, more than 150 banana bunches were harvested and Sharafudheen sold it to a nearby vegetable market, something he plans to do this year as well.

In July this year, Ajmer Sharif Dargah decided to go convert its flower waste into compost. Two recycling machines have successfully been installed in the Dargah that is today churning out around 25 kg of compost each, from 100 KILOS OF flowers. Today, the manure which is being procured from the compost is being used for gardening purpose around the Dargah.

Till November 2016, in Karnataka’s Shakthi Kalyana Mahaganapathi which receives about 500 devotees a day, the heap of garbage consisting of both bio-degradable and non-biodegradable waste was a common sight in and around the temple. Soon the temple management decided to act and adopted a two-step approach to tackle the waste woes.
As a first step, the temple authorities enforced a rule of no plastic containers for distributing Prasad. The devotees were also encouraged to bring their own containers. Moreover, the temple started keeping containers made of dried leaves instead of plastic.

The second step taken was to compost the flower and waste from the kitchen. Today, the temple has five leaf composters inside its premises that are successfully converting all the wet waste such as fruits, kitchen waste and flower waste into manure, which is then used to beautify the temple surroundings. Because of these two simple steps, the temple is today handing over zero wet waste to the local municipal corporation. The non-biodegradable waste inside the temple is often sent to local recycling units.

For decreasing wastage of water, a water pouring pot inside the temple has been installed, named ‘Argha,’ that allows devotees to pour water through a single channel only, rather than scattering it all over.

The authorities have also requested the local municipal body to pick up the temple waste twice so that the surroundings of the temple remain clean. As a next step, the temple plans to set up a functional waste management mechanism within its premises that will utilise their kitchen waste.