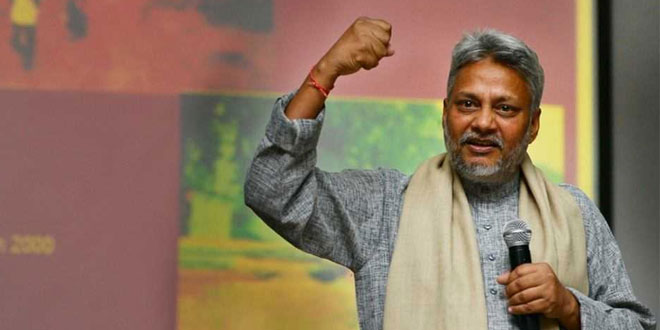 Mumbai: In 1980, a man in his late twenties quit his job in his hometown Uttar Pradesh’s Bagpat district and migrated to Jaipur along with his family. Fed up with yet another job in a government office, he decided to start something of his own and shifted to Rajasthan’s Alwar district. Having a degree in ayurvedic medicine, he wanted to establish a clinic, but life had different plans for him. Upset by the water scarcity in his district, he set out on a mission to build ‘Johads’ or traditional earthen dams to store water along with the villagers. Two decades later, he successfully built 8,600 ‘Johads’ and brought back water to a thousand villages. Winner of Stockholm Water Prize and Ramon Magsaysay Award he is Rajendra Singh, also known as the ‘Waterman of India’

Since 1985, the eminent water activist has been promoting community-led conservation efforts in rural areas where water is scarce. Talking to NDTV about India’s water crisis, he says that the severity of water shortage and pollution can be reversed. The task of cleaning India’s mightiest river is daunting but possible. Majority of India’s water needs can be met by following the principle of ‘Reduce, Reuse and Recycle’ and the citizens can play a vital role in conserving water, he says.

Question: How severe is India’s water crisis and what are the factors that have contributed to this scarcity?

Rajendra Singh: In 2018, India is not the only country to face water scarcity, but the reasons of water crisis are different and most importantly they are preventable. When one looks at the sources of water, India has ample of them- right from surface water resources like lakes and rivers, groundwater tables and water received from rainfall. Mismanagement of water is the main villain here. For example, majority of water of country’s mightiest river Ganga is used for agriculture purposes. This water can be saved as the C-class water or recycled water can be used in the farms.  And another factor is pollution. The proportion of dirty water is higher than the clean water in majority of our rivers. At this stage, India’s water crisis is severe, but the situation can be improved.

Question: Given that India has so many rivers, lakes, freshwater sources, when and how did things start going so wrong for India in terms of it water management?

Rajendra Singh: Global changes like climate change, population growth, industrialisation and urbanisation have affected the water availability and created chronic water shortage over the years. If one traces the history, there was a custom of not polluting the river which people used to take seriously and that is missing today. The condition of fresh water bodies started deteriorating when the ownership of land near the rivers and lakes was transferred to private companies and industries, from the citizens. In the last three decades, a number of industrial plants came up close to the water bodies.

Question: According to a NITI report, low performing states like UP, Bihar, Rajasthan, Haryana are home to 50% of the country’s population and its agricultural baskets. If the water crisis isn’t mitigated then, what does it mean for India’s GDP/economic growth in the long run?

Rajendra Singh: On one hand climate change is seen as a major factor in the country’s water crisis which has created a ripple effect. Because of scorching summers and shortened winters, snow cover and retreating glaciers in the Himalayas have reduced. The fickle monsoons threaten to disrupt long-established crop patterns. The farmers have no option but to indiscriminately extract groundwater to meet their irrigation needs. Over 70% of the country’s groundwater is in ‘overdraft’, which means that more water is consumed than is replenished.

On the other hand is the issue of water pollution. Ganga passes through eleven states. 50 per cent of our agricultural produce comes from 43 per cent of the geographical area from where Ganga’s water is utilised. Both the factors raise an alarm. If we run out of groundwater and Ganga reduces to a sewage then the food produce will be severely compromised.

Question: It is not just rivers, but we are seeing the horrible state of Bengaluru’s lakes which catch fire or froth toxins regularly, have we reached a point of no return or are there international examples where environmental damage of this extent has been reversed and freshwater sources revived?

Rajendra Singh: Be it the Nile river in Egypt, the Thames river in London or the Ottawa in Canada, the water condition of these rivers was worse than Ganga and Yamuna at one point. So, it is definitely possible to make Indian rivers pollution-free. We can, in fact, learn from these very international case studies and adopt measures for our rivers. For instance, after 60 years of being declared dead, the Thames came back as one of the cleanest river in the world. Water in the downstream was fixed by introducing sewage treatment. Tonnes of rubbish and plastic waste is discarded even today in the river. However, the cleanup process takes places regularly and the waste is discarded scientifically. India can learn from international case studies to avert the situation.

Rajendra Singh: The groundwater extraction by people, municipal authorities, farmers and industries is high because the government is unable to meet the water demands. In addition to that, there is no policy in India that talks about the groundwater management and regulation. In 1996, Groundwater Control bill was introduced in Parliament, but it hasn’t been passed even today. To control the extraction the first thing to be done is introduce policies and regulations regarding the extraction.

Secondly, we are failing to understand that if the water is getting discharged there has to be a systematic plan to recharge the groundwater and here comes the role of Rain Water Harvesting system. Citizens can play a vital role in rain water harvesting and help the government build local water infrastructure, such as ponds, check dams, tanks, etc. The government, in return, must come up with a comprehensive behavioral change plan providing incentive to those who follow rain water harvesting.

Question: When it comes to the economics of water there is no fixed rate or policy. How big an issue is water fees in mismanagement of water resources? What is the solution to end unequal distribution of water?

Rajendra Singh: People in some parts of India procure water for free from the government or groundwater extraction and some from private tankers. Water distribution is a huge problem in cities like Mumbai, Delhi and Bengaluru. Because the government is unable to provide piped water to every household, there has been a significant rise of water mafias. A community-driven decentralised water management policy is the way out that can end the unequal distribution and water mafias.

Establishing this policy can fill in two important gaps in service that public and private water and sanitation suppliers may not be able to adequately provide. First, public and private water organisations cannot involve local communities, especially once the construction phases of water projects is completed. Second, the private and public entities may not reach every household in the city or village.

Community-Based Organisations (CBO) can supply for small-pipe water networks, which comprise for not more than 1,000 households. The CBOs can get involved in all aspects of building the basic infrastructure for a water supply and sanitation network; from connecting households with sewage system to chalking out plants to construct the treatment facilities. Apart from building and operating the actual water supply network, they can also provide assistance to social service programmes, such as educating people about sanitation and hygiene strategies. In rural areas of Rajasthan, the CBOs have helped in forming farmers’ associations. These associations have been active in constructing and managing small-irrigation schemes.

Question: Only 33 per cent of India’s waste water is treated. What are the main reasons, and can this national average be increased?

Rajendra Singh: Despite sanctioning crore of rupees to develop waste water treatment plants, most of the states fail to treat even half of its waste water. The biggest example of this is the Namami Gange programme. The government has been in office for over four years and after covering the entire stretch of the river, right from Haridwar to Ganga Sagar, I can say that no new rejuvenation work has started during the period. Money allotted is for the construction of the sewage treatment plants but what about its functioning? The STPs remain unused because the municipal corporations have no money to operate them.

The national average can be increased provided the STPs run at their full capacity and treatment of effluents is made mandatory for the industries. By reusing water, the country can significantly increase the utility gained out of all available water and meet country’s vast agricultural demands. We have to establish clean continuous flow of Ganga.

Question: What can an individual do to save water at home?

Rajendra Singh: Right from brushing to using toilet, water is used in many of our daily chores.  The first step to conserve water is to minimise the usage. Use as little water as possible for bathing, flushing, cooking and other domestic activities. Secondly, the mentality towards using water should be to give back the same amount of water to nature. If you cannot do greywater recycling at home, then store it. If you possess a land, install a rainwater harvesting system.

Question: If you were asked to draw up a 5-point action plan to resolve India’s water crisis then what would that be?