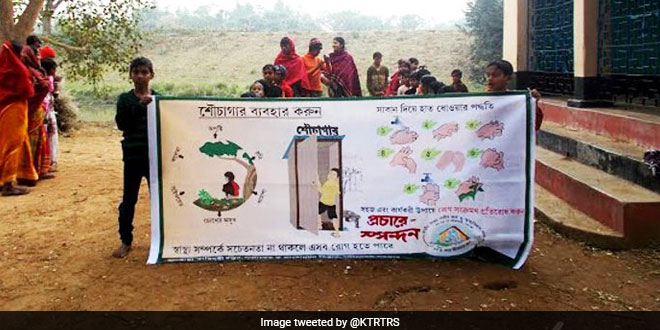 New Delhi: In Sundarnagar, Himachal Pradesh, the morning sun is lazier than the village’s inhabitants. Even before the sun is up, the village is up and about with abuzz with the hustle bustle of daily life.  As dawn breaks upon the scenic village, a group of women are already up and about checking if the toilets in some of the households are working or not, or if waste is lying idle in some street corner. This cleanliness check is a part of the village’s Open Defecation Free (ODF) Plus programme, which has been adopted by Mandi district, of which Sundarnagar is a part. Mandi was declared ODF in September 2015, and was one of Swachh Bharat Abhiyan’s early success stories. The district, since its ODF recognition, has moved towards securing the ODF plus tag.

The Swachh Bharat Abhiyan’s guidelines, prepared by the Ministry of Drinking Water and Sanitation (MDWS) state that after a village or district has secured the ODF status, efforts must be made to work towards transitioning the village/district into an ODF plus one. The MDWS defines ODF plus as an area where along with regular availability and usage of toilets, management of solid and liquid waste, cleanliness of water resources, maintenance of public and household toilets and awareness on personal hygiene are at their highest. The Ministry, on several occasions has said that ODF plus is not just a label, but a sustained campaign to achieve all-round cleanliness in an area.

An ODF plus village does not have to worry about open defecation, idle waste, stagnant water, water borne diseases and environmental pollution. The reason why Mandi decided to move towards becoming ODF plus is because the ODF plus status ensures that problems of waste management, water pollution and personal hygiene are together taken care of, said Sandeep Kadam, Ex-District Collector, Mandi.

At present, there are over nearly 4 lakh ODF villages in India. For transition into ODF plus stage, the ODF villages will need to focus dedicatedly on waste management, cleanliness of toilets and developing a culture of cleanliness. Here are some steps that ODF villages need to take to become ODF plus. 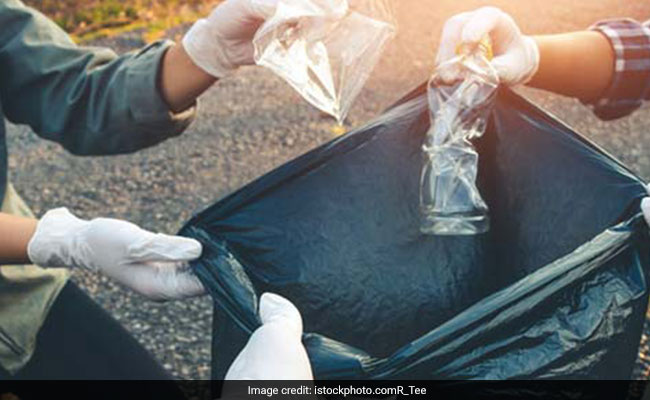 Management of solid waste is one of the key components for an area to become ODF plus. Segregation of waste is the best possible way to begin waste management in a particular area. For villages in particular, segregation of dry and wet waste and utilising the wet waste for composting can ensure that much of the waste is taken care of within the village premises itself. For dry waste, villages can get in touch with district administration and transport the dry waste to the nearest waste management plant. In ODF cities too, segregation and regular collection of waste for recycling purposes is one of the first steps that can be taken towards going ODF plus. 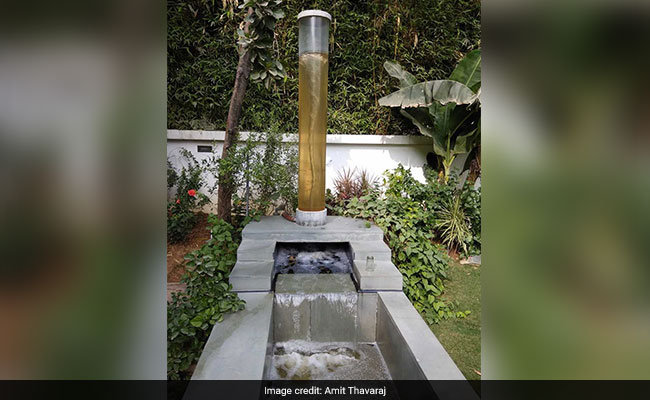 Recycling of wastewater is an effective liquid waste management mechanism

Building of more toilets inevitably sees an increase in the generation of sewage, as liquid waste from toilets needs to be disposed of properly. Individual household toilets are built on the twin-pit model, but public toilets still risk their accumulated sewage being disposed of into lakes or rivers, severely damaging their ecosystem. To avoid the unsafe disposal of sewage water from toilets, drainage systems must be linked directly to sewage treatment plants (STPs) so that waste from toilets is directly carried over to STPs. In case of absence of such drainage lines, installation of septic tanks is another option, though care must be taken to clear and clean the tank regularly (a cost intensive affair) to avoid groundwater pollution due to seepage. 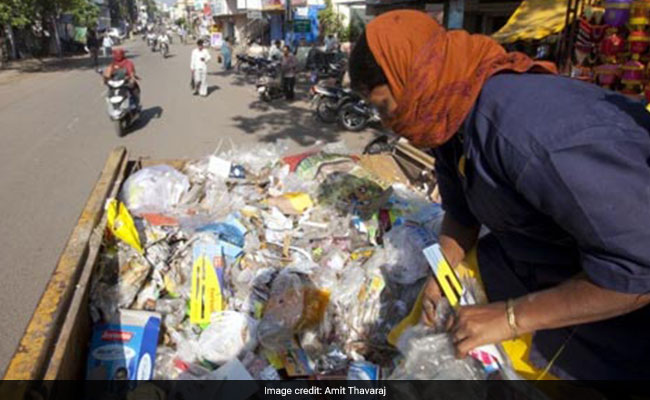 The ODF plus status for an area (rural or urban) also denotes its ability to produce less waste than usual, and recycle. For an area to become ODF, it is important to minimise waste generation. Stopping the usage of plastic, using eco-friendly materials which can be recycled and re-used, and composting wet waste are the three principal steps to ensure less waste generation in an ODF area. For an ODF area to transition into ODF plus, following the three Rs (Reduce, Reuse and Recycle) is a proven successful method, as seen in Himachal Pradesh’s Mandi.

Also Read: With Children As Swachh Ambassadors This Open Defecation Free Mangalore Panchayat Is Moving Towards ODF Plus Status 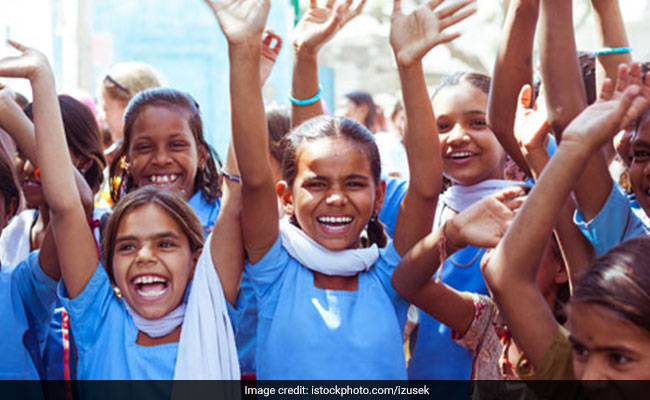 Perhaps the biggest factor in the transition of an ODF area to an ODF plus one is how focused the local population is on personal hygiene. Personal hygiene focuses on keeping oneself and the surroundings clean, which translates into a community’s sense of cleanliness. In the cases of Mandi and Kanyakumari, both ODF areas gradually moving towards ODF plus, inculcating a sense of personal hygiene has been instrumental in the transition. Encouraging people to wash their hands before and after using a toilet, not disposing waste in residential areas, keeping public toilets clean after using them and asking teachers, municipal officers, Anganwadi workers and other people of prominence to speak regularly about personal hygiene and its importance is a key component of moving towards ODF plus. 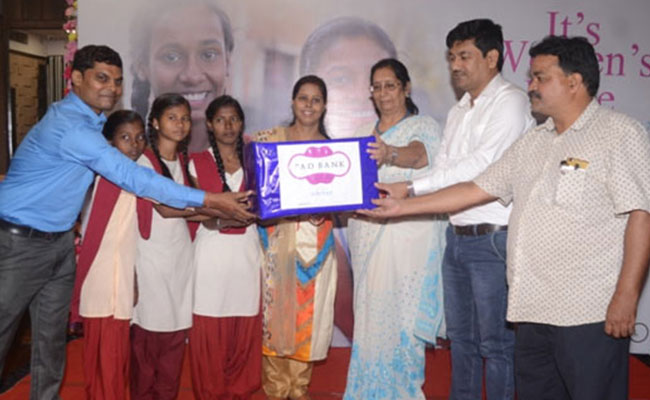 Post ODF declaration, an area often risks falling back to old habits of open defecation if not monitored properly. ODF plus is a step forward for an area and a transition towards something bigger than ODF. Social development projects pushing that agenda forward can help in developing a sense of cleanliness among people in ODF areas. Projects focusing on tree plantation, sustainable water supply, training people from an area to turn recyclable items into useful goods and improve their social outlook by enabling them to understand the importance of cleanliness and its use.

Unlike ODF, ODF plus is a gradual and sustained movement, which has scope for improvement every now and then. Far from only sustaining toilet usage, ODF plus works towards building habitual cleanliness in an area with respect to sanitation, waste, environment and ecology. For now, the Swachh Bharat Mission is focused on meeting its targeted deadline of an ODF India by October 2, 2019. However, transition of ODF villages, towns and cities to ODF plus will help address the massive waste problem India faces, and could help develop a much needed cleanliness conscience in the country.

Freedom From Pollution: Top 5 Ways How Offices In India Can Reduce Their Carbon Footprint