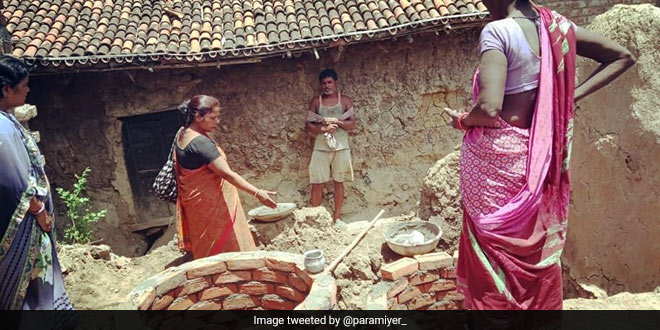 New Delhi: India now has four lakh (4,00,820) open defecation free (ODF) villages. Under the Swachh Bharat Abhiyan the rural sanitation coverage is now close to 90 per cent (88.25 percent) from the 38.70 percent in 2014 when the Clean India Mission was launched. On January this year, 3 lakh villages were declared ODF and it took six months to add another one lakh villages to the ODF list. According to the Ministry of Drinking Water and Sanitation, the total number of ODF villages in rural India stand at 4,00,820. The country’s rural sanitation coverage is nearing the 90 per cent mark, currently standing at 88.25 per cent. The Ministry of Drinking Water and Sanitation took to Twitter to congratulate the rural wing of the sanitation project for achieving the milestone.

Over 7.85 crore toilets have been built in rural India in the last four years. 417 of India’s 720 districts have become ODF.

The Swachh Bharat Abhiyan in rural India is progressing very well, and we have managed to provide ODF status to one lakh villages within six months’ time. This has been possible due to both the efforts of district administrations and the participation of local people who have taken it upon themselves to make sanitation conditions better in their villages. Even slow movers like Uttar Pradesh and Bihar are lso finally getting a move ahead with toilet construction activities, said an official from the Ministry of Drinking Water and Sanitation.

As a landmark for #SwachhBharat, the mission has today successfully achieved more than a total of 4 lakh #ODF villages. pic.twitter.com/C1Q78DK5mf

“With more than 60 per cent villages now ODF, the government should ensure that they do not go back to defecating openly. Maintenance of toilets, managing water resources for toilet use and regular monitoring that the toilets are indeed being used, must be there on the government’s to-do list, to ensure that the ODF status of these villages remains intact,” said Sushmita Sengupta, sanitation expert from Centre for Science and Environment.

The states of Uttar Pradesh and Bihar will be the two main focus areas for the Swachh Bharat Abhiyan. UP has declared its target of becoming ODF by October this year and all districts in the state are engaged in construction of toilets to meet the deadline. In Bihar, a new campaign called ‘Swachh Jeevika Swachh Bihar’ was launched last week to improve the pace of toilet construction in the state’s rural areas, under which more than 10 lakh toilet pits have already been dug. Uttar Pradesh needs to build 15 lakh more toilets to go ODF, while Bihar needs another 6 lakh toilets to be built. The total number of toilets to be built under Swachh Bharat Abhiyan stands at 11 crore, for both the urban and rural wings of the sanitation mission.

Bihar’s Sitamarhi Becomes The First ODF District In The State