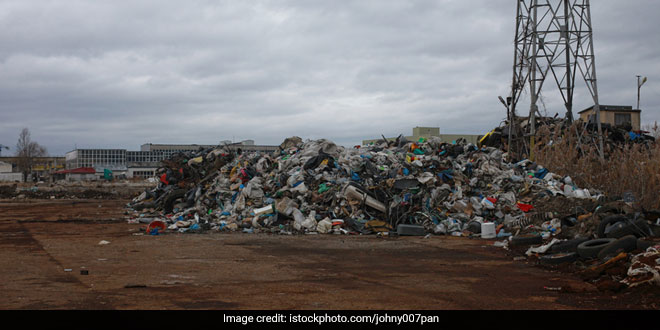 New Delhi: The Indian government has banned import of solid plastic waste into the country including in Special Economic Zones (SEZ) and by Export Oriented Units (EOU), an official statement said on Wednesday. The Environment Ministry has amended the Hazardous and Other Wastes (Management & Transboundary Movement) Rules, 2016, in order to strengthen the implementation of environmentally sound management of hazardous waste in the country.

The amendment has been done keeping into consideration the ‘Ease of Doing Business’ and boosting ‘Make in India’ initiative by simplifying the procedures under the Rules, while at the same time, upholding the principles of sustainable development and ensuring minimal impact on the environment.

The Rules also have exempted exporters of silk waste from requiring permission from the ministry.

It also said that electrical and electronic assemblies and components manufactured in and exported from India, if found defective, can now be imported back into the country, within a year of export, without obtaining permission from the ministry. The statement added,

Industries which do not require consent under Water (Prevention and Control of Pollution) Act 1974 and Air (Prevention and Control of Pollution) Act 1981, are now exempted from requiring authorization also under the Rules, provided that hazardous and other wastes generated by such industries are handed over to the authorised actual users, waste collectors or disposal facilities.