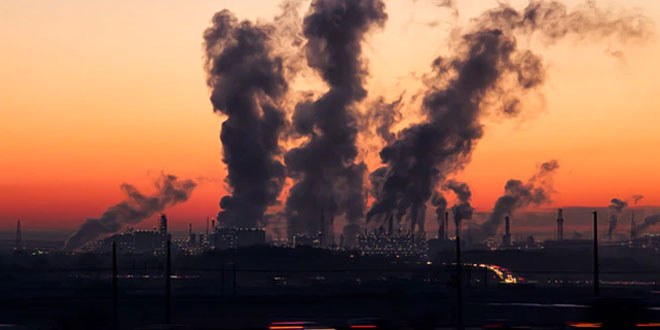 Katowice: India and China could gain massive health benefits by tackling climate change, the World Health Organisation (WHO) said on Wednesday. For India, the gains could be $3.28-8.4 trillion. And meeting the goals of the 2015 Paris Climate Change Agreement could save about a million lives a year worldwide by 2050 through reductions in air pollution alone. The latest estimates from leading experts also indicate that the value of health gains from climate action would be approximately double the cost of mitigation policies at the global level, and the benefit-to-cost ratio is even higher in countries such as China and India.

The WHO report was launched at the United Nations Climate Change Conference (COP24) in this Polish city. It highlights why health considerations are critical to the advancement of climate action and outlines key recommendations for policymakers.

The largest gains would be expected in China and India, which would generate even larger net benefits by pursuing the 1.5 degrees Celsius target rather than the two degrees target ($0.27-2.31 trillion in China and $3.28-8.4 trillion in India).

The health gains of meeting the two degrees target would also significantly offset the costs in other regions, such as the European Union (seven-84 per cent) and the US (10-41 per cent). Exposure to air pollution causes seven million deaths worldwide every year and costs an estimated $5.11 trillion in welfare losses globally.

In the 15 countries that emit the most greenhouse gas emissions, the health impacts of air pollution are estimated to cost more than four per cent of their Gross Domestic Product (GDP). Actions to meet the Paris goals would cost around one per cent of the global GDP.

The Paris Agreement is potentially the strongest health agreement of this century.

The evidence is clear that climate change is already having a serious impact on human lives and health. It threatens the basic elements we all need for good health, clean air, safe drinking water, nutritious food supply and safe shelter, and will undermine decades of progress in global health. We can’t afford to delay action any further.

The same human activities that are destabilising the earth’s climate also contribute directly to poor health. The main driver of climate change is fossil fuel combustion which is also a major contributor to air pollution.

The true cost of climate change is felt in our hospitals and in our lungs. The health burden of polluting energy sources is now so high that moving to cleaner and more sustainable choices for energy supply, transport, and food systems effectively pays for itself.

Switching to low-carbon energy sources will not only improve air quality but provide additional opportunities for immediate health benefits. For example, introducing active transport options such as cycling will help increase physical activity that can help prevent diseases like diabetes, cancer and heart disease.

WHO’s COP-24 Special Report: health and climate change provides recommendations for governments on how to maximize the health benefits of tackling climate change and avoid the worst health impacts of this global challenge.
It describes how countries around the world are now taking action to protect lives from the impacts of climate change — but that the scale of support remains woefully inadequate, particularly for the small island developing states, and least developed countries.

Only approximately 0.5 per cent of multilateral climate funds dispersed for climate change adaptation has been allocated to health projects, the WHO said.

The report calls for countries to account for health in all cost-benefit analyses of climate change mitigation. It also recommends that countries use fiscal incentives such as carbon pricing and energy subsidies to incentivise sectors to reduce their emissions of greenhouse gases and air pollutants.

The Paris Agreement, adopted in 2015, was an essential step to address climate change. It has the central goal of keeping global average temperature rise this century to well below two degrees Celsius above pre-industrial levels and to as close as possible to 1.5 degrees.