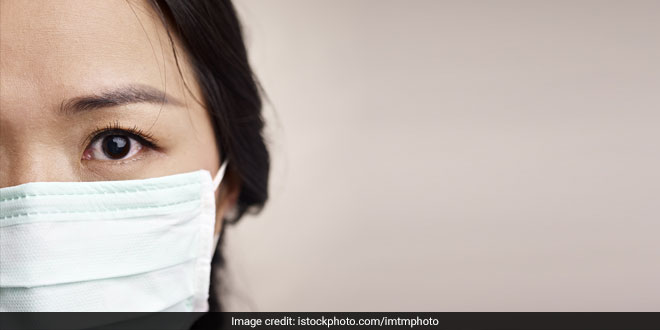 New Delhi: If you think it is just the lungs or the respiratory system which get affected by polluted air containing high levels of toxic gases and suspended particles think again. Medical experts say poor air quality can cause several problems for the eyes as well, including corneal damage.

Unlike the nose or mouth, it is very difficult to cover the eyes. This makes eyes vulnerable to the effects of air pollution, just like the lungs, Dr Rajesh Sinha, Ophthalmologist, All India Institute of Medical Sciences (AIIMS), told IANS.

He added that the ocular surface of the eye is directly in contact with the environment and, therefore, is most exposed to air pollutants.

As for problems arising out of air pollution, the indicators can range from minimal or no symptoms to chronic discomfort and irritation such as itching, stinging, the sensation of a foreign body, irritating conjunctivitis, worsening of allergic symptoms or even keratitis, which is an inflammation of the cornea.

Damage in the cornea happens due to exposure to pollution over a few years, it is not an immediate reaction. The dry eye, if persistent for long, can damage the cornea. And that affects vision in the long run. Rubbing eyes while having irritation may also affect the cornea, Dr Tinku Bali Razdan, Ophthalmologist at the Sir Ganga Ram Hospital, Delhi, stated.

Other than these, there are high chances of having dry eye where the quantity and quality of the water deteriorates. This also leads to irritation in the eyes, discomfort and redness, Dr Razdan added.

Apart from PM 2.5 and PM 10 which are known to be the most harmful air pollutants, there is sulphur dioxide, nitrous oxide, carbon monoxide and other chemical gases which can equally cause irritation in the eyes.

It is called chemical conjunctivitis. It irritates the eye because of the inflammation of the conjunctiva, or the outer layer of the eye, Dr Razdan explained.

The experts pointed out that more than the elderly, it is children or those aged between 20 and 40 who are at greater risk of eye-related problems caused by pollution.

While pollution can trouble anyone, health experts noted that there may also be specific situations where the eyes may be adversely affected, especially of those who wear contact lens or who are already prone to eye allergies.

People who wear contact lens have a greater chance of facing problems because they already have dry eyes. Whenever, the air quality goes down, it increases discomfort, leading to irritation and conjunctivitis. The same goes for those suffering from eye allergies, Dr. Sinha stated.

Although the ophthalmologists clarified that pollution-related eye problems are not life-threatening, they, however, may cause severe damage.

If exposed to air pollution for a long time, these problems could become irreversible. One may have to face damage for a longer time. It has been observed that pollution also causes blurring in the eyes and leads to vision trouble. There also have been cases where people have faced colour contrast problems, Dr. Sinha pointed out.

The ophthalmologists also said they had noticed a 10-15 per cent rise in patients visiting OPDs for treatment of pollution-centric allergies in the eyes.

There is an increase in patients with symptoms of irritation, redness and fluctuating vision. There is also an increase in dry eyes and more infections due to lowered immunity, Dr Sanjay Dhawan, Director and Head, Eye Department, Max Healthcare, said.

While covering the eyes may not always be possible, experts suggested that zero power spectacles be worn to prevent direct exposure to pollution.

Wash the eyes with normal water once in a day. Frequent washing is not recommended as it causes dryness. If the problem persists, it is advisable to visit an ophthalmologist, Dr Sinha suggested.

Dr Razdan said that rubbing the eyes is a strict no-no if there is irritation, doing so will only aggregate the problem.

West Bengal Citizens May Have To Pay Up To Rs. 1 Lakh Fine For Littering, Spitting In Public Places