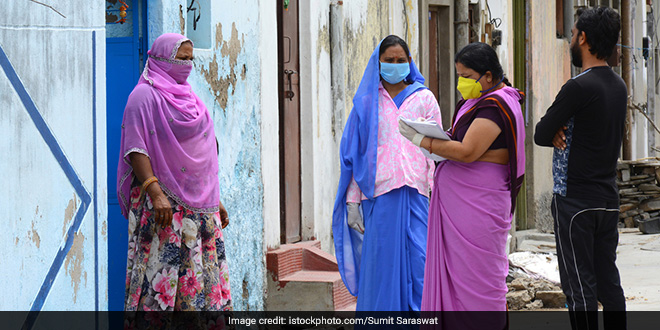 Referring to the spirit of 'Sarve Santu Niramaya' i.e. may all be free of diseases, the Prime Minister said Ayushman Yojana aims for health for all

New Delhi: Prime Minister Narendra Modi on Monday (October 17) kickstarted the distribution of PMJAY-MA Yojana Ayushman cards in Gujarat via video conferencing and said that India is going beyond health insurance and is ensuring “health assurance”. The Prime Minister also interacted with the beneficiaries of PMJAY-MA Yojana Ayushman cards on the occasion.

We have been hearing about health insurance in many countries of the world but India is going beyond that, ensuring health assurance, PM Modi said.

Referring to the spirit of ‘Sarve Santu Niramaya’ i.e. may all be free of diseases, the Prime Minister said Ayushman Yojana aims for health for all. He appreciated the enormity of the campaign of distributing 50 lakh cards to the people in the state.

Highlighting the “changed” political thinking and work culture, the Prime Minister said that the schemes for the benefit of the common man had become a mere formality in the earlier governments, however, it was “necessary to change the situation”.

The money that was spent on these schemes was done keeping in mind a particular area and political interests. It was necessary to change this situation and we took the lead in this change. Today when planning is done, we first study the condition of common citizens and study their needs, he said.

The Prime Minister said that the government has focussed on empowering the common citizen, especially the women of the country.

The Prime Minister informed that so far, around 4 crore poor patients have availed the benefit of Arogya under this scheme across the country. He further added that out of this, about 50 lakh poor patients are from Gujarat. Highlighting the commitment, the Prime Minister informed that the government has spent crores of rupees for the treatment of these beneficiaries.

The Prime Minister recalled that as the Chief Minister, he had introduced Chiranjeevi, Balbhog and Khilkhilat schemes. Mukhyamantri Amritam was introduced many years ago in Gujarat. The introduction of PMJAY-MA will enable the people of Gujarat to avail benefit of free treatment even outside Gujarat.