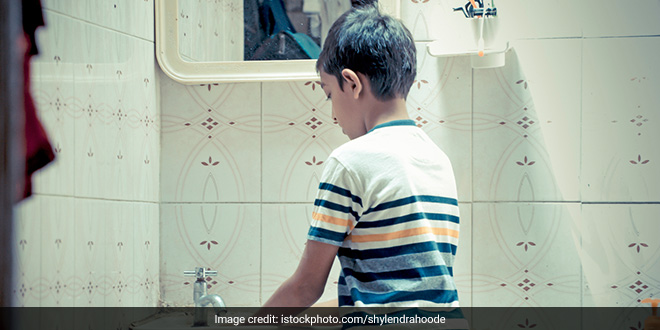 Kolkata: The habit of maintaining personal hygiene grew among school children in Kolkata and neighbouring districts during the pandemic when hand washing with soap or use of sanitizers had become the practice. UNICEF said here that this was found during an event on the occasion of Global Handwashing Day on Saturday (October 15), by school going children who are members of Bharat Scouts and Guides at Ganganagar in North 24 Parganas near Kolkata.

A handwashing training and demonstration by the school children was organised there as part of the ongoing five-day ‘Cub Bulbul Utsav’, a UNICEF release said. The boys and girls at the UNICEF event are being taught to continue the habit of washing their hands everywhere for the rest of their lives.

Also Read: Why Is Handwashing Important? Chacha Chaudhary And Other Iconic Superheroes Explain

The boys and girls present there said they wash hands with soap now to get rid of grease and dirt from their palms after returning to their homes.

We learnt and practiced handwashing. I used a soap to clean my hands. The soap will kill the germs in my hands. It will help to keep our stomachs well, said Ankush Kumar, a student of class two, after demonstrating the scientific methods of handwashing before the UNICEF members who trained them in it.

A fellow camper Akash Panda, a class four student, said that he washes hands after toilet before meal and during bath.

Nearly a hundred students aged between six and ten years from Kolkata and adjoining districts of Howrah, Hooghly, North and South 24 Parganas are camping at Ganganagar.

Now the children are no longer required to be asked to wash their hands with soap before eating or after toilet use. The importance of handwashing has increased among the children and their parents, said Koushik Chatterjee, assistant state commissioner of West Bengal Bharat Scouts and Guides.

Mr Chatterjee said UNICEF has been promoting handwashing among the children as it is an effective way to prevent diarrhoea and respiratory infections like pneumonia in children.

The habit of washing hands with soap before meals and after toilet use can save many lives. This positive behavioural practice should be continued in every household to keep the members healthy, Mohammad Mohiuddin, chief of UNICEF in West Bengal said.

Also Read: The Importance Of Handwashing To Build A Swasth India

NDTV – Dettol have been working towards a clean and healthy India since 2014 via the Banega Swachh India initiative, which is helmed by Campaign Ambassador Amitabh Bachchan. The campaign aims to highlight the inter-dependency of humans and the environment, and of humans on one another with the focus on One Health, One Planet, One Future – Leaving No One Behind. It stresses on the need to take care of, and consider, everyone’s health in India – especially vulnerable communities – the LGBTQ population, indigenous people, India’s different tribes, ethnic and linguistic minorities, people with disabilities, migrants, geographically remote populations, gender and sexual minorities. In wake of the current COVID-19 pandemic, the need for WASH (Water, Sanitation and Hygiene) is reaffirmed as handwashing is one of the ways to prevent Coronavirus infection and other diseases. The campaign will continue to raise awareness on the same along with focussing on the importance of nutrition and healthcare for women and children, fight malnutrition, mental wellbeing, self care, science and health, adolescent health & gender awareness. Along with the health of people, the campaign has realised the need to also take care of the health of the eco-system. Our environment is fragile due to human activity, which is not only over-exploiting available resources, but also generating immense pollution as a result of using and extracting those resources. The imbalance has also led to immense biodiversity loss that has caused one of the biggest threats to human survival – climate change. It has now been described as a “code red for humanity.” The campaign will continue to cover issues like air pollution, waste management, plastic ban, manual scavenging and sanitation workers and menstrual hygiene. Banega Swasth India will also be taking forward the dream of Swasth Bharat, the campaign feels that only a Swachh or clean India where toilets are used and open defecation free (ODF) status achieved as part of the Swachh Bharat Abhiyan launched by Prime Minister Narendra Modi in 2014, can eradicate diseases like diahorrea and the country can become a