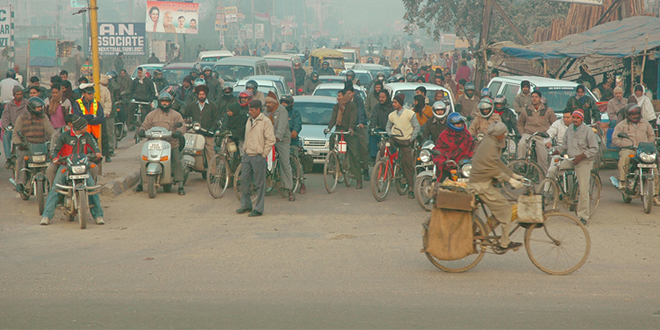 New Delhi: India needs to train at least 10 lakh people in the next five years for air quality management, according to a new report, which also says around 50,000 jobs could be created in the sector. The report has been prepared by the International Forum for Environment, Sustainability & Technology (iForest) with the support of the World Bank Group. It highlights the need of a national-level programme to develop the capacity of all stakeholders – cities, state and central government agencies, private sector, NGOs and media — to effectively tackle the problem of air pollution.

Our report shows that we need to train at least 1 million (10 lakh) people over the next five years for air quality management. This will also create tens of thousands of new jobs in the public and private sector to plan, monitor, mitigate, and control air pollutants, said Chandra Bhushan, the CEO of iFOREST and the lead author of the report.

He said the report is the first attempt of its kind to map the environmental sector in the country.

It has identified 42 specific job roles that is required to control air pollution in the country — from municipal workers involved in dust control and construction and demolition waste management to specialists in transport planning, air quality modelling and forecasting.

The report says a total of 2.2 million jobs are required to manage air pollution in the country. A large number these jobs, about 1.6 million, already exit.

However, many of them have never been trained to manage air quality, such as the municipal workers and PUC (pollution under check) operators, who can be at the frontline, it says.

There is a need to employ thousands of people to meet the requirements of growing number of industries, ULBs, consultancy and government, it said.

The report found there is no structured capacity building programme in the air quality management sector and recommended a national programme to train about a million workers, operators and professionals over the next five years.

“A major challenge in the air quality management sector in India is that the people presently working in the sector have not been trained and a large number of jobs that are required do not exist”, said Chandra Bhushan.

Air pollution is an environmental issue, but we must also see its management as an opportunity to create new jobs and build a green economy. While a lot of the existing jobs lead to the destruction of the environment, we now have to start creating jobs to protect the environment. Our report shows the vast opportunity that exists in developing the environment sector as a vibrant economic sector, he stressed.