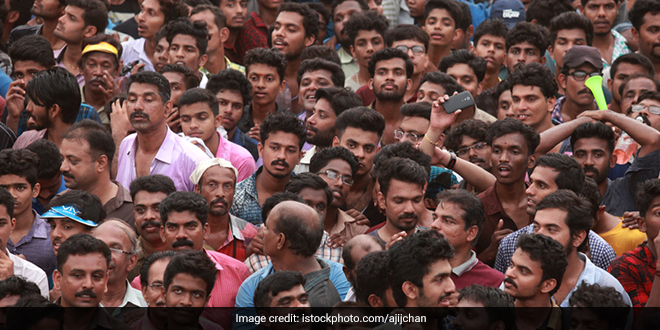 UN Secretary-General Antonio Guterres said unless the world bridges the yawning chasm between the global haves and have-nots.

United Nations: In a milestone for humanity, the global population hit 8 billion on Tuesday (November 15) after having added a billion people in the last 12 years, with India on the cusp of overtaking China as the world’s most populous country next year. The United Nations said the global milestone signals major improvements in public health that have lowered the risk of death and increased life expectancy but the moment is also a clarion call for humanity to look beyond the numbers and meet its shared responsibility to protect people and the planet, starting with the most vulnerable.

Our planet is now home to 8⃣ billion people.

As we become 8 Billion Strong, Ms Diene Keita explains how a world of 8 billion is a global success story.

Together we can build a world that allows 8 billion of us to thrive, it said in another tweet.

UN Secretary-General Antonio Guterres said unless the world bridges the yawning chasm between the global haves and have-nots. He said,

We are setting ourselves up for an 8-billion-strong world filled with tensions and mistrust, crisis and conflict

The UN described the global population reaching 8 billion as a “remarkable milestone” given that the human population numbered under 1 billion for millennia until around 1800, and that it took more than 100 years to grow from 1 to 2 billion.

By comparison, the increase of the world’s population over the last century has been quite rapid and despite a gradual slowing in the pace of growth, the global population is projected to surpass 9 billion around 2037 and 10 billion around 2058, according to UN estimates.

The world population is projected to reach a peak of around 10.4 billion people during the 2080s and to remain at that level until 2100, the World Population Prospects 2022 released by the United Nations Department of Economic and Social Affairs, Population Division in July this year had said.

UNFPA Executive Director Natalia Kanem said that a world of 8 billion is a milestone for humanity – the result of longer lifespans, reductions in poverty, and declining maternal and childhood mortality.

Yet, focusing on numbers alone distracts us from the real challenge we face: securing a world in which progress can be enjoyed equally and sustainably. We cannot rely on one-size-fits-all solutions in a world in which the median age is 41 in Europe compared to 17 in sub-Saharan Africa. To succeed, all population policies must have reproductive rights at their core, invest in people and the planet, and be based on solid data Ms Kanem said.

The UN noted that while it took about 12 years for the world population to grow from 7 to 8 billion, the next billion is expected to take about 14.5 years (2037), reflecting the slowdown in global growth. For the increase from 7 to 8 billion, around 70 per cent of the added population was in low-income and lower-middle-income countries. For the increase from 8 to 9 billion, these two groups of countries are expected to account for more than 90 per cent of global growth.

Related Topics:
Population
Up Next

India Pavilion Hosts A Side Event On “Transformative Green Education: Experiences” At COP27