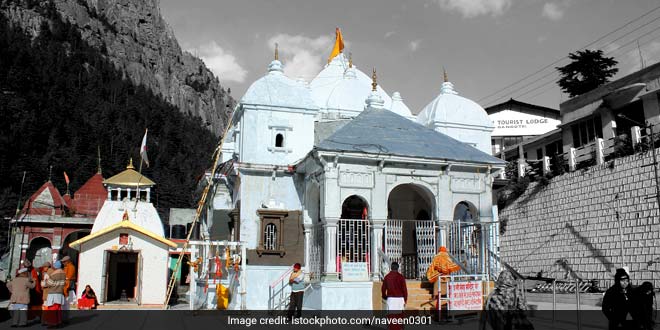 New Delhi: Situated on the banks of river Bhagirathi, Gangotri in Uttarkashi district, Uttarakhand has been named as one of the ten new iconic places by the Ministry of Drinking Water and Sanitation that needs to achieve ‘higher standards of swachhta and visitors’ amenities’. Being the origin of the River Ganga and one of the four sites in the Chota Char Dham pilgrimage circuit, there is an influx of nearly 10,000 devotees per day to the town. Maintaining cleanliness and sanitation is certainly a challenge when the floating population (approximately 3,35,000) goes beyond the local population (3,30,000).

Gangotri is another iconic place that will be revitalized under the # SwachhIconicPlaces initiative. pic.twitter.com/y4S3ve1gmc

Keeping this in mind, the Gangotri Nagar Panchayat first focussed on making the Gangotri open defecation free (ODF) and plastic free. In November last year, with construction of nearly 15 individual toilets and 6-7 community toilets, Gangotri was declared ODF. While constructing toilets for locals wasn’t that difficult, the real worry was to eliminate open defecation during the Akshaya Tritiya, an annual spring festival that takes place in May and marks the opening of Gangotri to tourist after it shuts down for winters. After the dham opens on Akshaya Tritiya, it remains open till November.

As the famous temple is situated, where the holy river Ganga is said to have first come down from the heaven above to earth, the dham remains open to visitors only for a period of six months. So the civic body decided to opt for temporary/mobile toilets for the yatris. In May, as soon as the devotees start coming in, around 40 toilets are placed around the temple. “The problem of open defecation was certainly polluting the holy river, but ever since we have built toilets, people no longer relieve themselves in the open. We have also imposed a fine of Rs 5,000 if anyone is found defecating in the open,” says Ashish Shrivastava, District Magistrate, Uttarkashi. The state government has sanctioned the proposal of Hi-Tech toilets and disabled-friendly toilets to be built and in a few months these toilets will also be constructed, confirmed Mr Shrivastava.

Earlier this year, Gangotri was officially declared a plastic free zone. Plastic bags under 50 microns were eliminated from all the local shops and vendors and were replaced with jute or fibre bags. As for the items which are plastic packaged, the municipal workers collect these and recycle it. The Gangotri forest department takes care of the waste generated during the Gangotri – Gaumukh Trek, “It is mandatory for every visitor to deposit Rs 500 and only then they are allowed to carry plastic bottles and food items on the trekking route. On their return if they don’t get these items they had carried back, then the forest department can seize their deposit,” says Mr Shrivastava.

Nearly 400 kilos of waste is generated per day from the temple and all of it is first condensed in the compactor located near the temple. The compactor is then transported to Rishikesh which is 270 kilometres from Gangotri. Unlike the other holy shrines across India, Gangotri temple generates minimal flower waste.

While there are more than 10 community bins across the town, garbage disposal along the 145 kilometre stretch of Ganga still remains a crucial problem. To overcome this, the civic body collaborated with Hotel Associations and local Dhabas and decided to impose heavy penalties on those found littering. Under the Namami Gange initiative, the civic body has sent a proposal to Ministry of Water Resources, River Development and Ganga Rejuvenation asking the ministry to deploy garbage collecting vehicles exclusively for clearing trash along the banks of the river.

In terms of clean-up drives, the municipal body conducts these every month where everyone, from local leaders to citizens come forward and participate. To bring about a behavorial change, the civic body has put up several hoardings like ‘Serve Our Mother Ganga By Keeping It Clean,’ which directly create a psychological impact. “Riding on people’s religious beliefs and sentiments and incorporating it in the communication of Swachh Bharat Abhiyan has brought about an attitudinal change in the last one year,” adds Mr Shrivastava. 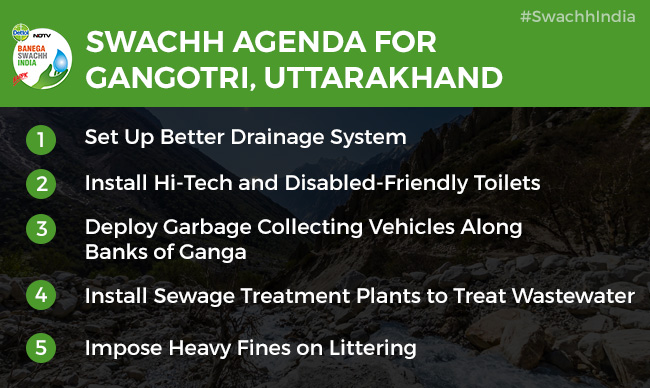